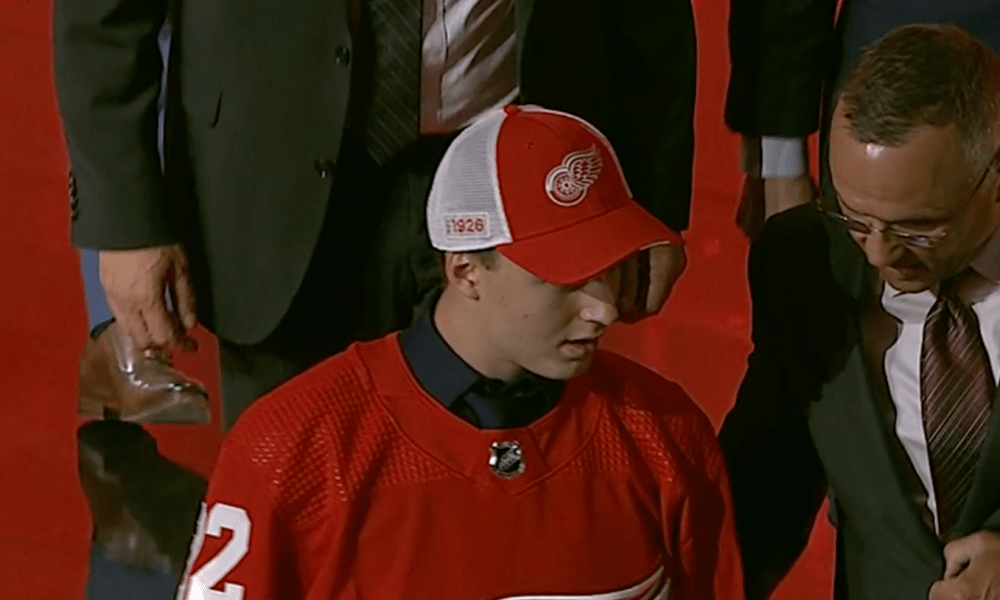 A big part of the future of the Detroit Red Wings took out a piece of the team’s past, and now he may be facing supplementary disciplinary action because of it.

In Swedish Hockey League action on Saturday, Rogle center Marco Kasper, Detroit’s top pick in the 2022 NHL entry draft, was assessed a match penalty for charging during their 4-1 loss to Orebo. The victim of his assault was Orebo forward Mathias Brome. Brome played 26 games for the Red Wings in 2020-21, collecting a goal and an assist.

Skating hard into the corner, Kasper hit Brome from the side into the boards and Brome’s head bounced off the glass.

To make matters worse, Orebo scored to up their advantage to 4-0 during the five-minute power play afforded them by Kasper’s match foul.

Red Wings In Case You Missed It

Returning home from their four-game trip, the Red Wings, 5-2-2 in their last nine games, are playing host to the Nashville Predators, 7 p.m. on Wednesday at Little Caesars Arena.

Philadelphia: Losing 5-4 in a shootout to Montreal saw the Flyers dropping to 0-4-2 over the past six games. As well, forward Scott Laughton left the game with an undisclosed injury. Philadelphia Flyers

Pittsburgh: The Penguins get hot in frigid Winnipeg. Pittsburgh Penguins

Islanders: The good news was that Mathew Barzal scored his first two goals of the season. The bad news? Dallas beat the Islanders 5-2. New York Islanders

Florida: The Panthers wore their reverse retro jerseys in a 5-4 loss to the Flames. Florida Panthers