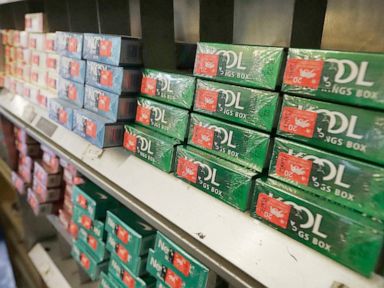 DOVER, Del. — Cigarette manufacturer ITG Brands assumed liability for tobacco settlement payments to the state of Florida when it acquired four brands from Reynolds American in 2015, a Delaware judge has ruled.

Vice Chancellor Lori Will ruled Friday that, as a result, ITG must compensate Reynolds American for losses due, granting summary judgment in favor of Reynolds.

Reynolds sold the Kool, Winston, Salem and Maverick brands to ITG in 2014 to gain federal regulators’ approval of its acquisition of Lorillard Inc.

Before the sale closed, Reynolds American affiliate R.J. Reynolds Tobacco Co. was making payments under a preexisting settlement agreement with Florida for reimbursement of smoking-related health care costs. After closing, Reynolds stopped making payments for the four brands it no longer owned.

The asset purchase agreement required ITG to use reasonable best efforts to join the Florida settlement and make annual payments to Florida for sales of the brands it acquired from Reynolds. ITG has yet to join the settlement agreement with Florida or make any payments.

Florida sued Reynolds and ITG and obtained a judgment requiring Reynolds to continue making payments based on ITG’s brands, unless and until ITG joined the Florida settlement agreement.

“That judgment on Reynolds amounts to over $170 million to date and tens of millions of dollars more each year into perpetuity,” Will noted. The “unambiguous terms” of the asset purchase agreement support Reynold’s arguments that ITG agreed to assume the liability imposed by the Florida judgment and must indemnify Reynolds, she concluded.

The ruling comes in a long-running legal battle between Reynolds and ITG, both based in North Carolina. In 2017, a different Court of Chancery judge concluded that ITG’s obligation to use its best efforts to try to reach a tobacco settlement agreement with Florida did not end when the sale closed.

Last year, Reynolds asked ITG to compensate Reynolds Tobacco for what it had paid and will pay due to the Florida judgment, but ITG refused. In subsequent litigation, ITG argued unsuccessfully that it had fulfilled its reasonable best efforts obligation and was not required to indemnify Reynolds for the payment liability to Florida.

Last year, in the settlement of a lawsuit brought by the state of Minnesota, ITG agreed that it had assumed obligations under that state’s tobacco settlement agreement to make payments for sales of the four brands it acquired from Reynolds. ITG agreed to make payments to Minnesota for 2021 and all future years, while payment liabilities for the period from 2015 to 2020 were split between ITG and Reynolds.