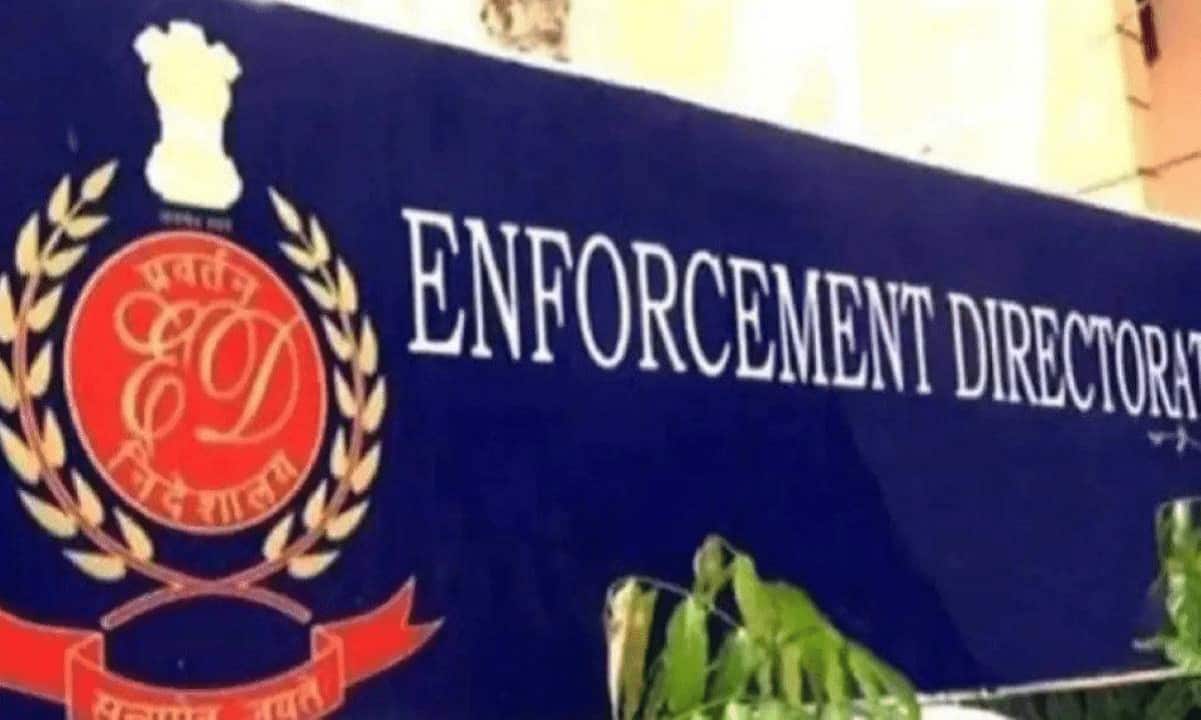 In a two-year-old gaming app fraud case, the top Indian financial crime investigating agency has frozen 85.9 bitcoins, equivalent to $1.6 million, held in an account on Binance. Separately, it also froze WRX, the native coin of WazirX, and USDT together, worth nearly $550,000.

Earlier this month, the agency raided several premises in Kolkata in this case and recovered Indian currency equivalent to $2.2 million. The accused in this estimated $8.5 million scam is 25-year-old Aamir Khan.

E-Nuggets, which ran mainly during the Covid-19 lockdown, offered various games and an app wallet service for the participants to deposit their money and earn attractive incentives.

“Aamir Khan … launched a mobile gaming application, namely E-Nuggets, which was designed for the purpose of defrauding the public. Further, after collecting a sizable amount of money from the public, all of a sudden, withdrawal from the said App was stopped on one pretext or the other, ED said in its statement.

The investigating agency further added that the accused deleted all data and profile information from the App’s servers.

Giving the details of the crypto option that the accused chose to hide away the money, the probe agency said Khan opened a dummy account on WazirX, purchased crypto assets, and transferred them to Binance.

Initially, Federal Bank, a national-level commercial bank, lodged a First Information Report (FIR) at the Park Street police station in Kolkata on February 15, 2022. The bank complained about suspected money laundering activities linked to Aamir Khan’s gaming app. But the local police reportedly did not take an interest in the case.

The Directorate of Enforcement (ED) began its probe on the instruction of the Union Finance Ministry, which reportedly received alerts about the scam and its possible links to laundering.

Aamir Khan could not be apprehended by the ED on September 10 when it conducted the searches but was finally arrested on September 25. The Kolkata Police also placed the investigating officer, who was accused of slack investigation, under suspension after the ED action.

Amid tightening regulatory scrutiny, the ED has been hot on trail of fintech companies, crypto exchanges, and crypto scammers over the past few months.

Last month, CryptoPotato reported that the agency was investigating 10 private companies for suspected laundering of over $125 million. ED has searched WazirX, Vauld, and CoinDCX in the last month or so.