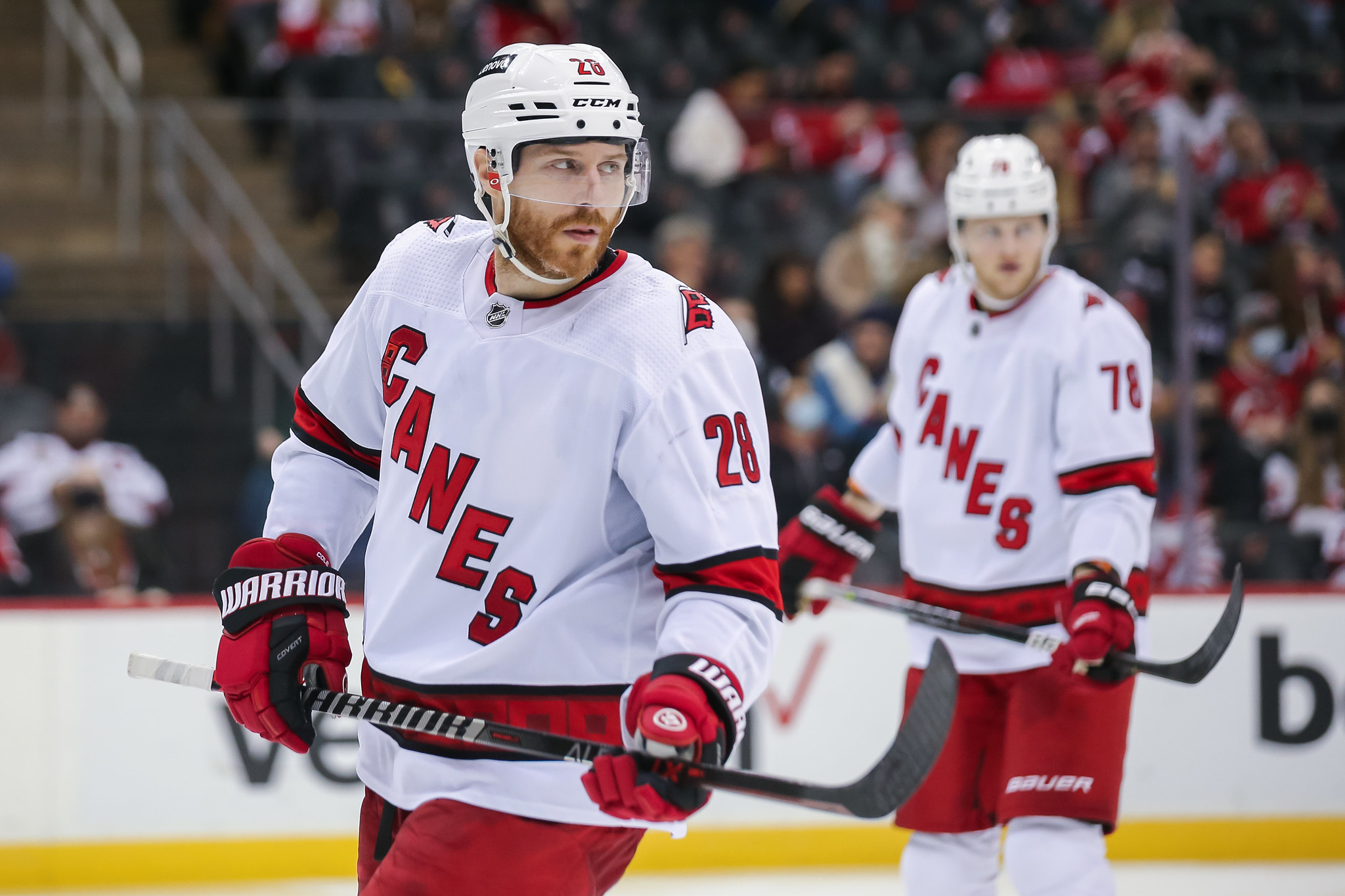 During the offseason, the Tampa Bay Lightning needed to make some acquisitions to offset losing key players due to salary cap constraints. Reliable veterans such as Ryan McDonagh and Jan Rutta could not be retained, which required the team to search for reliable replacements. Veteran Ian Cole was one of the players that was brought in to help fill the gap with these departures. However, he was recently suspended due to alleged inappropriate conduct, leaving a gap on the blue line heading into the regular season.

In July, Cole signed a one-year, $3 million contract with the Lightning. His veteran presence, as well as extensive playoff experience, was one of the reasons that he was sought out by the team. He has played in 670 regular-season games for the Carolina Hurricanes, Minnesota Wild, Colorado Avalanche, Columbus Blue Jackets, Pittsburgh Penguins, and St. Louis Blues. The 33-year-old also won back-to-back Stanley Cups with the Penguins in 2016 and 2017.

With his suspension and the likelihood that this investigation may take some time to resolve, the Lightning will have to look internally for replacements. Cole was slotted to play a major role as a left-shot defenseman and a penalty killer while anchoring the third defensive pairing. Some players on the roster will have to step in and become the bottom-pairing anchor that can be relied on for at least the beginning of the season.

Two Veterans That Need to Step Up

Cole’s spot will likely be filled by Haydn Fleury, who was also acquired in the offseason. The Lightning signed him in July to a two-year contract worth an average annual value (AAV) of $762,500. He has played in 215 career NHL games with Seattle, the Anaheim Ducks, and the Hurricanes. The 26-year-old has also played in 17 Stanley Cup Playoff games with the Hurricanes during the 2019 and 2020 seasons. The former first-round draft pick of the Hurricanes had not lived up to his draft pick expectations but was picked up by the Lightning with the hope that he could tap into his talent that led the Hurricanes to use a first-round draft pick on him in 2014.

Another offseason acquisition that will be asked to step up his play is Phillippe Myers. The 25-year-old was acquired in a July trade with the Nashville Predators for McDonagh. The undrafted free agent had played 21 minutes in Nashville’s season opener last season, but his ice time had dropped until he eventually went three weeks of not playing at all. Then, in March of 2022, he was sent to the Predators’ American Hockey League (AHL) team in Milwaukee. Playing top-four minutes helped him find his hockey stride and workouts in the offseason, with his trainer Rick Leger of New Brunswick’s Pro Evolution Hockey, helping him prepare for training camp. Now, with a solid training camp behind him, he may be one of the players counted on to play quality minutes in Cole’s absence.

Prospects May be Slotted to Fill the Spot

In addition to the veterans on the roster, some prospects may be called upon to play some minutes in Cole’s absence. If the team wants to employ a left-handed shot, Sean Day would likely get the nod. The former New York Rangers draft pick had a good season in the AHL with Syracuse and hoped he would take that success to the NHL level. While in Syracuse and during the Lightning development camps, he improved his play in his own zone while keeping his attacking mindset. He may get the chance for some more NHL ice time very soon.

If the team does not choose to go with a left-handed shot, they could use Nick Perbix or Darren Raddysh for depth pieces. Perbix had a respectable camp after skating in 12 games with Syracuse last season, tallying two goals and six assists. Raddyish was signed to a two-year extension this offseason and had played in four games with the Lightning in 2021-22, notching two shots and a plus-1 rating. While the Lightning are expected to start the season with their veterans on the blue line, all three prospects have the opportunity to be called up and see quality ice time until Cole’s situation is resolved.

Related: Lightning’s Cal Foote Ready to Be a Top-Pair Defenseman

Cole’s suspension was certainly not what the Lightning had wanted to deal with as they prepared for their season opener against the New York Rangers. For a team that spent the offseason trying to replace some reliable players lost in the offseason, the loss of Cole creates some issues on the team’s blue line. It will now fall on some of the other offseason acquisitions and possibly some of their prospects to fill that gap and help the Lightning start the season in a positive manner.

Jim Bay writes about the Tampa Bay Lightning for THW. A retired Special Education Teacher, Jim enjoys writing about hockey and all sports when he is not slashing his way around local golf courses. For interview requests or to provide content info, follow Jim on Twitter. (https://twitter.com/baysports007)