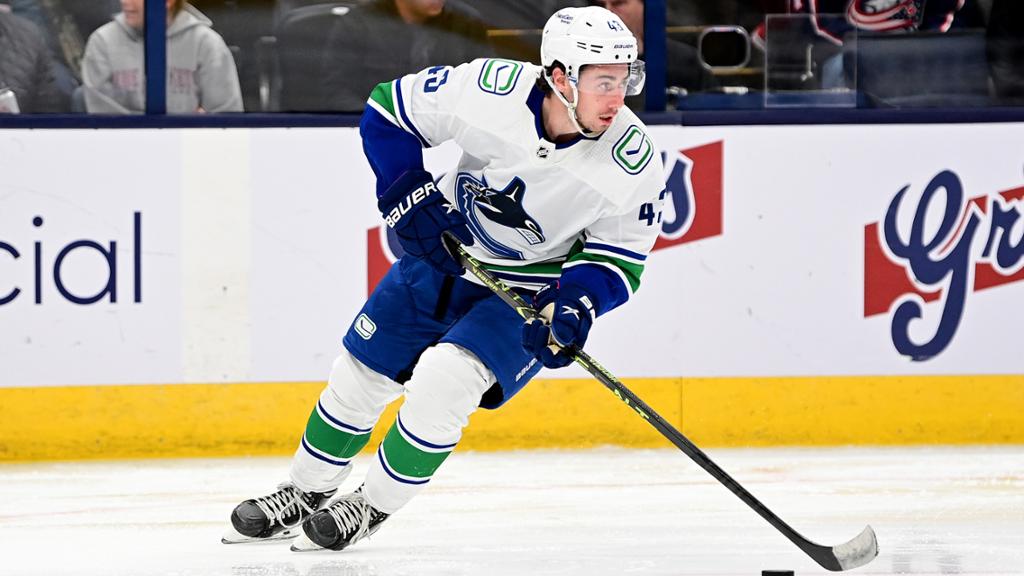 VANCOUVER — Quinn Hughes has been cleared to return for the Vancouver Canucks when they host the New Jersey Devils on Tuesday.

The defenseman, who has missed the past four games with a lower-body injury, practiced on his usual pair with Luke Schenn on Sunday and said he’s looking forward to playing against his brother, Devils center Jack Hughes.

“I feel really good,” Hughes said. “It’s not fun being injured, so I’m excited to come back and it should be fun, especially against the Devils with my parents in town, my brother in town. We need the points, but it should be a fun game.”

Hughes said the injury had been lingering since he missed a week late in training camp. He is averaging 27:14 of ice time per game this season, second in the NHL to Drew Doughty of the Los Angeles Kings (27:36), but said the heavy workload wasn’t a factor in having to miss any games.

“I thought it was behind me, and then after every game it just got worse and then to a point where we realized we had to shut it down for a minute,” Hughes said. “I’m feeling really good now, and hopefully it’s behind me.”

Hughes has five assists in five games for Vancouver, which started the season 0-5-2 but has won its past two games.

“It was stressful, but we all wanted to win and expect a lot from ourselves, so I’m glad we got two, and hopefully I can come in and help as well,” Hughes said.

Defenseman Riley Stillman is also expected to return against New Jersey after missing four games with an undisclosed injury. He was paired in practice with defenseman Ethan Bear, who skated for the first time since being acquired in a trade with the Carolina Hurricanes on Friday.

“It’s just going to be really nice to just honestly get to play a game and compete again,” said Bear, who was a healthy scratch for all seven games with the Hurricanes prior to the trade. “That’s what I’m looking forward to the most.”

Center Jack Studnicka also practiced with the Canucks for the first time since being acquired from the Boston Bruins on Thursday. He was the center on a line with Tanner Pearson and Nils Hoglander and is expected to play against the Devils.

“I’m psyched. I can’t wait,” said Studnicka, who played one game for the Bruins this season. “I’ve been staying ready in Boston, but they’ve got quite the lineup of centermen, so I’m excited for the opportunity here.

Brock Boeser did not practice Sunday after missing the past three games with an undisclosed injury. Coach Bruce Boudreau, however, said the forward could be cleared to return after meeting with a doctor Monday morning.

Boeser missed most of training camp and the preseason after having hand surgery on Sept. 26, but he played in the first six games of the season before coming out of the lineup.

“We’ll know his status whether he can practice with us tomorrow or not,” Boudreau said. “He feels ready. He’s been skating.”