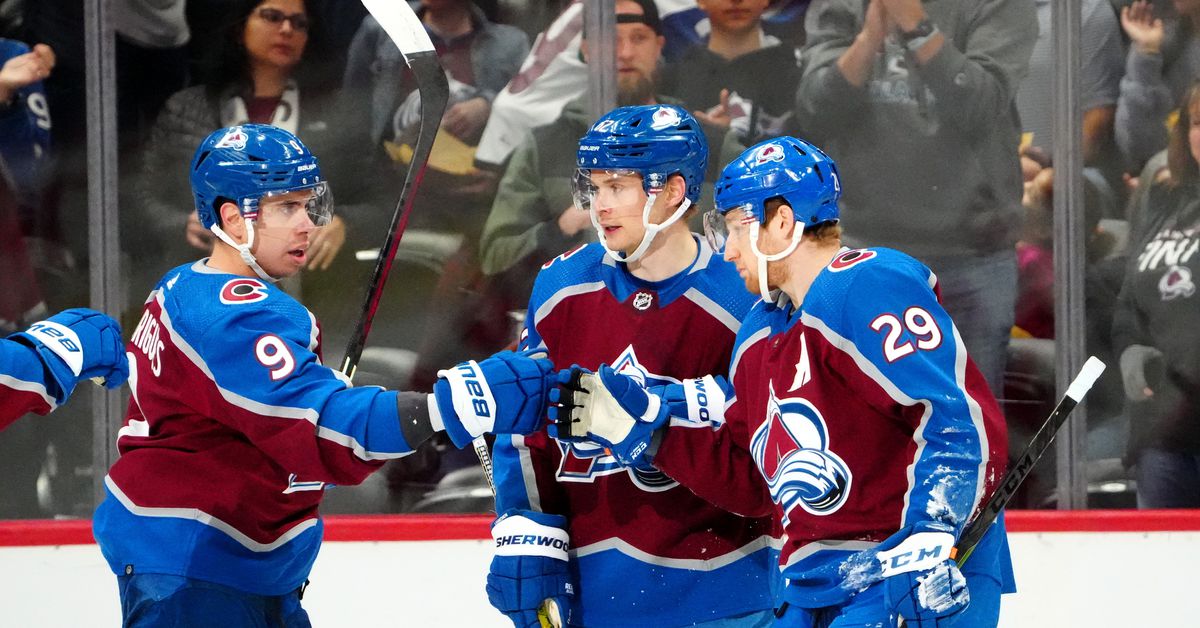 Despite being home to Lord Stanley, Colorado is a bit of a panicked hockey state right now. The Avalanche are mired in the worst stretch of hockey since they graduated to being one of the league’s best, and the fanbase is getting anxious as the season enters its second half with the Avs outside the playoff picture. There is real hope for them to return to their usual dominance, however, as I detailed on The Mile High Hockey Lab podcast this week. The schedule is set up perfectly for a ferocious Avalanche run to the playoffs.

First, the bad news. The Avs are staring down the barrel of a daunting six weeks against what seems like no less than 80 percent of this year’s playoff field, starting with last night’s contest in Calgary. If the Avalanche who lost to Chicago show up to this portion of the schedule, this stretch is a season-ender. What comes after it won’t matter because they’ll be closer to the teams who don’t want to win in the standings than the teams who do.

After the All-Star break, they have 13 games against 11 current playoff teams, and the two who aren’t are last year’s President’s Trophy winner Florida Panthers and the always stingy St. Louis Blues. The Avs open their post-All-Star break stretch with a road trip at Pittsburgh, Tampa Bay, and Florida, then they have three consecutive home/road back-to-backs against Tampa Bay and Minnesota, then St. Louis and Edmonton, and finally Winnipeg and Calgary. The “easy” part of this stretch is the last five games, as four will come at home against Calgary, Vegas, New Jersey, and Seattle, with the lone road game in Dallas the night before another road/home back-to-back against the upstart Kraken.

This stretch is brutal. The Avalanche cannot survive another 1-7 record like they just produced. They must play well, and there is hope that they can give that they just went on a 12-0 run in their last two games (and before you say “yeah but Ottawa and Detroit aren’t good,” crushing bad teams is one of the most reliable indicators of a good team in any sport.) The optimistic case, which is what this column is all about, is that the Avs have turned a corner and they will be playing their best hockey going into the toughest part of their schedule because if they do there is a big reward sitting for them on the other side of the mountain.

Colorado’s final 21 games across March and April are a dream. They only have eight contests scheduled against seven current playoff teams to close the season (Los Angeles, Toronto, Pittsburgh, Minnesota, Dallas, Edmonton, and Winnipeg), and just two of those games—LA and Toronto—come on the road. These difficult games are weaved in between opponents who will be more than happy to lose at that point in the season to get them closer to Connor Bedard, the most highly coveted prospect to enter the draft since Connor McDavid.

Colorado has two games scheduled against the team dead last in the NHL in goal differential (Anaheim Ducks), one game against second to last (Chicago Blackhawks), one game against fourth to last (Montreal Canadiens), three games against fifth to last (Arizona Coyotes), and three games against sixth to last (San Jose Sharks). The only other team they play multiple times in this stretch is the only current playoff team with a negative goal differential (Los Angeles Kings).

They also play Ottawa and Detroit again, and the final game of the season against a fading Nashville team could look even more favorable then than it does now. The timing of their Edmonton and Winnipeg games is even advantageous, as they are the second-to-last and last games for each team and both could easily be in a position where their playoff seeding is locked in and it would be wise for them to rest some starters. There are a ton of points sitting on the table for the Avalanche in their final 21 games.

How they Win the West

Since the theme of this column is optimism, let’s aim higher than just finding the bar to get into the playoffs and assume that the Avs who beat Ottawa and Detroit 12-0 over 100 minutes show up to the last quarter of the year, and their luck mean reverts as they finally catch a bunch of breaks and claim 90 percent of all possible points (if you think this assumption is a stretch, consider that they captured 89 percent of possible points in the first 25 games coming out of last year’s COVID-induced break).

Let’s assume they get bonus help as Edmonton and Winnipeg are locked into their seeds come the last week of the season, so the Avs miss Connor McDavid and Connor Hellebuyck, while Arizona, San Jose, and Anaheim are starting beer league players the last couple months in the latest cynical attempt to tank for Bedard and match Chicago and Columbus’s depravity. They claim 38 out of 42 points against this avalanche of lesser competition, putting them just 9 points shy of last year’s bar to make the playoffs with the previous 18 games still in question.

Say the Avs play better than average in the tough 18-game stretch after the All-Star break and capture 60 percent of possible points. Those 22 points combined with the 90 percent annihilation at the end of the year puts them at 109 points. As of right now, Winnipeg and Dallas are leading the West with a 65.6-point percentage, and if you extrapolate that pace over 82 games, that gets them to 108 points. As frustrating as this year has been for Colorado, the door to the top of the West remains open.

So remain positive Avs fans, all hope is not lost—not even for the one seed—we just need the dominant version of the Colorado Avalanche to show up for more than a few periods at a time.