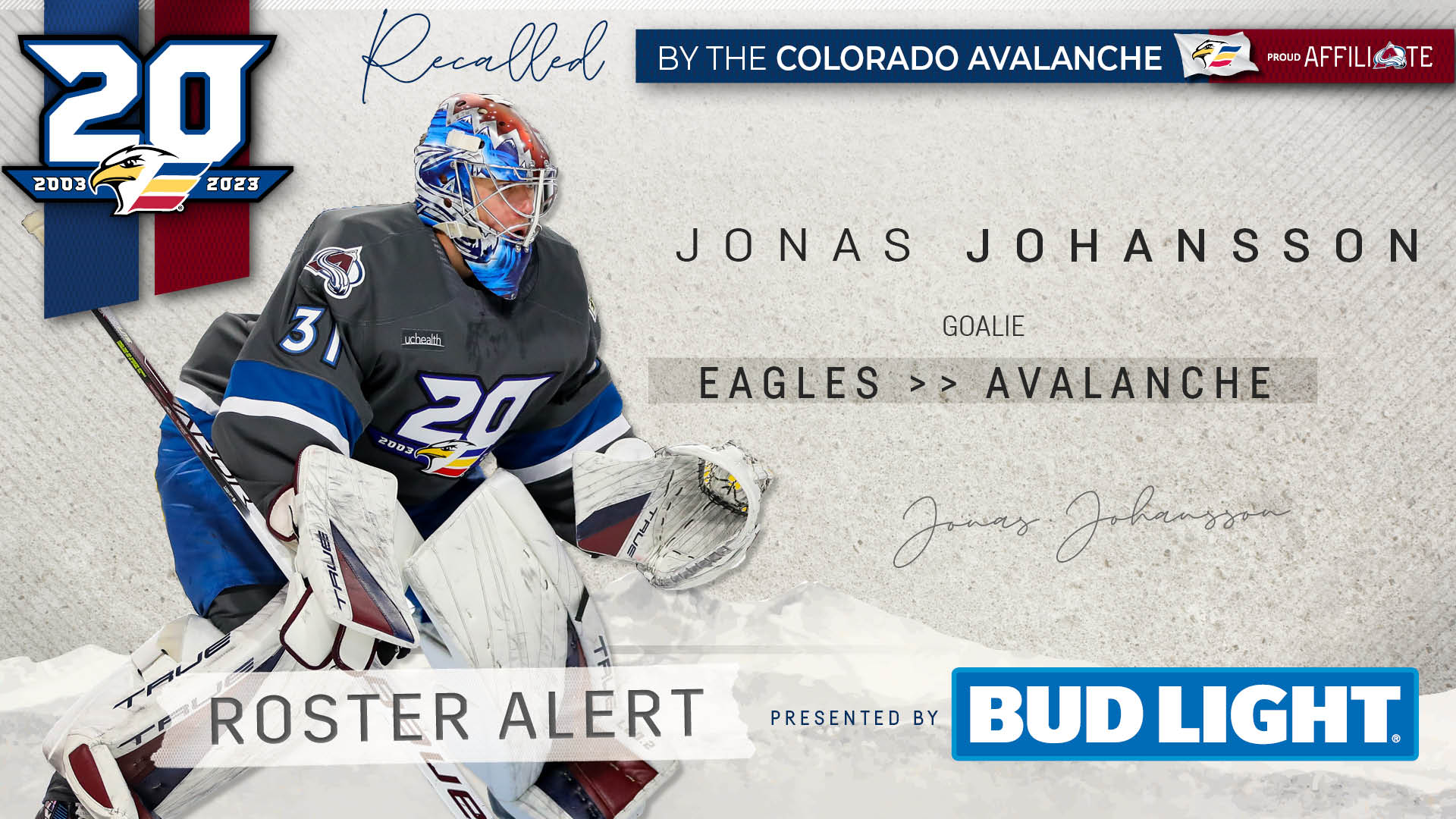 WINDSOR, CO. – The Colorado Eagles, proud AHL affiliate of the Colorado Avalanche, have announced that goaltender Jonas Johansson has been recalled by the team’s NHL affiliate. Johansson has gone 7-5-0 this season with the Eagles, as his 2.10 goals-against average ranks third among all AHL goaltenders, while his .929 save-percentage is good for fourth among league netminders.

Johansson has appeared in 55 career AHL games with the Eagles and Rochester Americans, plus an additional 32 games in the NHL with the Colorado Avalanche, Florida Panthers and Buffalo Sabres. The 27-year-old was named an AHL All-Star with Rochester during the 2019-20 season, in which he went 14-4-3 and finished sixth among all AHL netminders in goals-against average (2.28) and seventh in save percentage (.921). Johansson posted a record of 5-1-1 with a 2.06 GAA, .913 save-percentage and one shutout in eight appearances with the Avalanche during the 2020-21 campaign.

The Eagles will be back in action when they take on the San Jose Barracuda on Friday, December 16th at 7:05pm MT at the Budweiser Events Center. Tickets for all regular season games are on sale now and start at just $21. You can find more information on ticket packages, theme tickets, and promotional nights, by visiting ColoradoEagles.com or by calling the ticket department at (970) 686-7468.