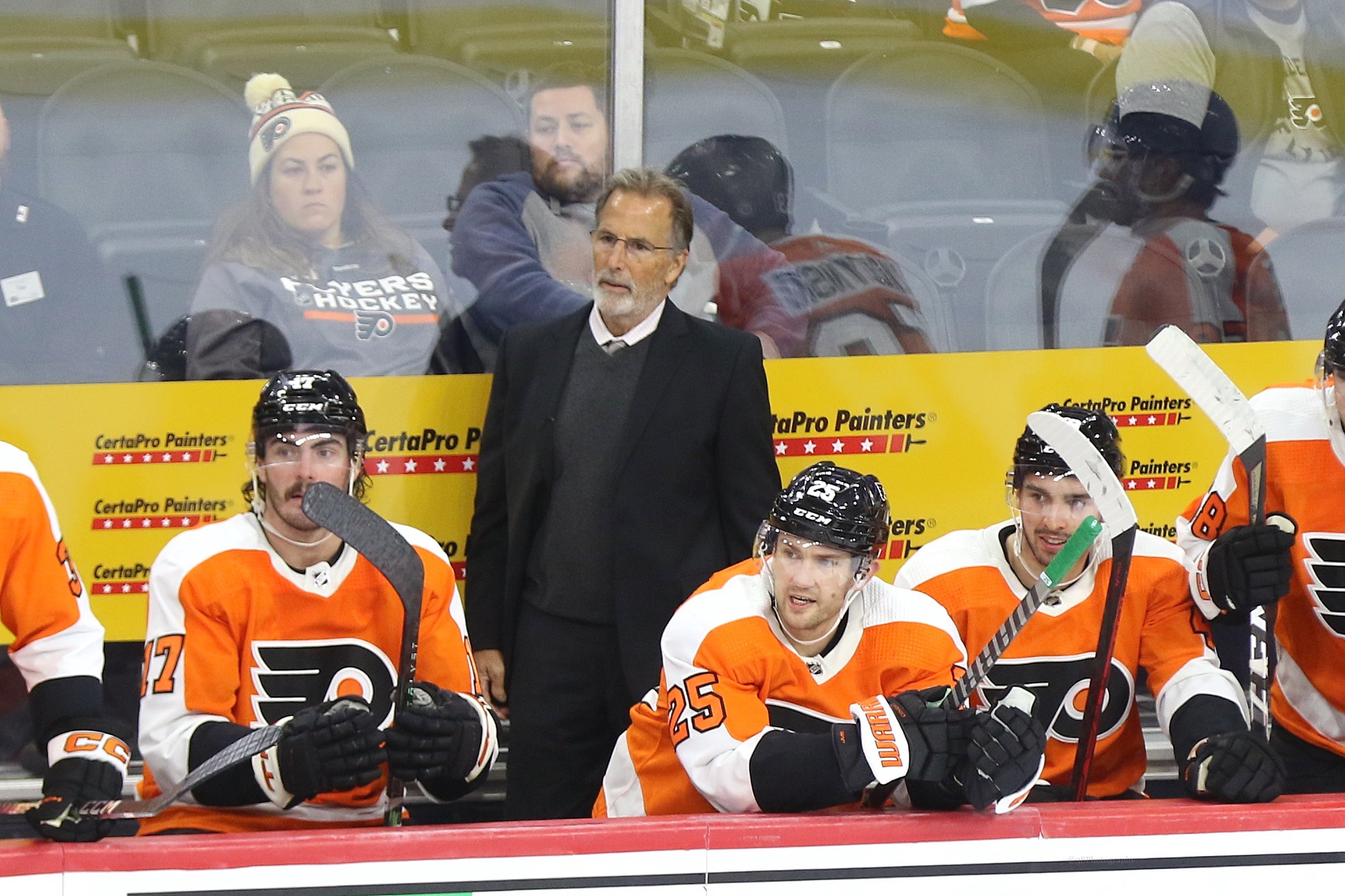 The Columbus Blue Jackets are in a tough spot. They’re back from Finland after getting hammered in both games against the Colorado Avalanche in the NHL Global Series. That coupled with being in last place in the NHL standings already has the rumor mill swirling.

This week on Blue Jackets’ News & Rumors, we start with some questions an insider is already asking about the team. From there, we’ll look ahead to Thursday and the return of their greatest coach in franchise history.

It has begun. The rumor mill seems to already be in full gear around the NHL. Teams off to a bad start have to decide soon what they think they are this season and then act accordingly. The Blue Jackets are going to face several tough decisions especially if things don’t get better soon.

Daily Faceoff’s Frank Seravalli recently wrote about potential goaltending solutions for the Toronto Maple Leafs in light of the injury to Ilya Samsonov. However it was more than just Joonas Korpisalo that made the list.

Korpisalo is the obvious name. At just $1.3 million cap hit for this season before becoming a UFA, teams could call the Blue Jackets about his availability anytime between now and the trade deadline. He is just coming back from hip surgery. In his season debut against the Avalanche Saturday in Tampere, he allowed five goals but got virtually no help on defense.

With Daniil Tarasov getting close to ready for a full-time NHL spot, Korpisalo could be linked in rumors all season again. Except Seravalli asked an interesting question. Would the Blue Jackets ever consider an Elvis Merzlikins‘ trade?

On the surface, one wouldn’t suspect this to happen. But given his recent play, would the Blue Jackets think to cut bait on him now?

To blame Merzlikins entirely on this mess the team is in is simply not fair. Their 3-9-0 record is a result of blame all across the team from management on down to each of the players. Merzlikins has not played well. He’s also gotten little to no help in front of him.

It is too early at this stage to think about the possibility of a Merzlikins trade. He’s proven how good he can be as evidenced by his rookie season. The fact is the Blue Jackets’ issues run much deeper than just one player. They’re young. They’re inexperienced. A quick fix is hard to do given what kind of help they need.

Merzlikins’ contract has four more seasons on it at $5.4 million per season. Teams might be scared off by the term and number given his play.

Merzlikins does need to find his form again even knowing the defense in front of him is much a work in progress. He has a long way to go in that aspect. However there’s a long way to go before the Blue Jackets would ever consider a trade. If this does become prolonged though over into next season and beyond, perhaps this question is revisited.

For now though, Merzlikins and Korpisalo are ready to try to help the Blue Jackets snap out of this funk. Who starts on any given night could vary greatly depending on the hot hand. But this is the duo they are riding with for the foreseeable future.

The Return of Tortorella

This game has been circled on the calendar ever since the schedule was released. Twice in the span of a week, John Tortorella returns to Nationwide Arena.

Many consider Tortorella to be the greatest coach in Blue Jackets’ history. It’s easy to see why. He helped them to four consecutive trips to the playoffs after only making them once before. Their longest bout of success was under his watch.

Tortorella brought leadership and accountability to the Blue Jackets that was sorely missing at the time Todd Richards was fired. He also won the Jack Adams Award for coach of the year.

Tortorella’s return should be marked with loud cheers by the fans at Nationwide Arena given what all he did for the team. He brought them a level of respect that has never been seen before in Columbus. However once the cheers for him are over, he will want to do anything to get a win.

Tortorella has the Flyers playing well in the early going. They entered Tuesday’s game against the St. Louis Blues with a 6-3-2 record thanks to a strong start from goaltender Carter Hart. The Blue Jackets will face a stiff test from the Flyers and their renewed focus on defense and structure.

It’s a case of two teams feeling different things. The Flyers weren’t expected to do much but are enjoying a good start. The Blue Jackets’ expectations went through the roof with Johnny Gaudreau signed and they’re in 32nd place. It’s a big game for the Blue Jackets. Every loss will only make the seats hotter around the team. If they hope to finally win a game, they’ll have to do it against Tortorella. That will not be easy.