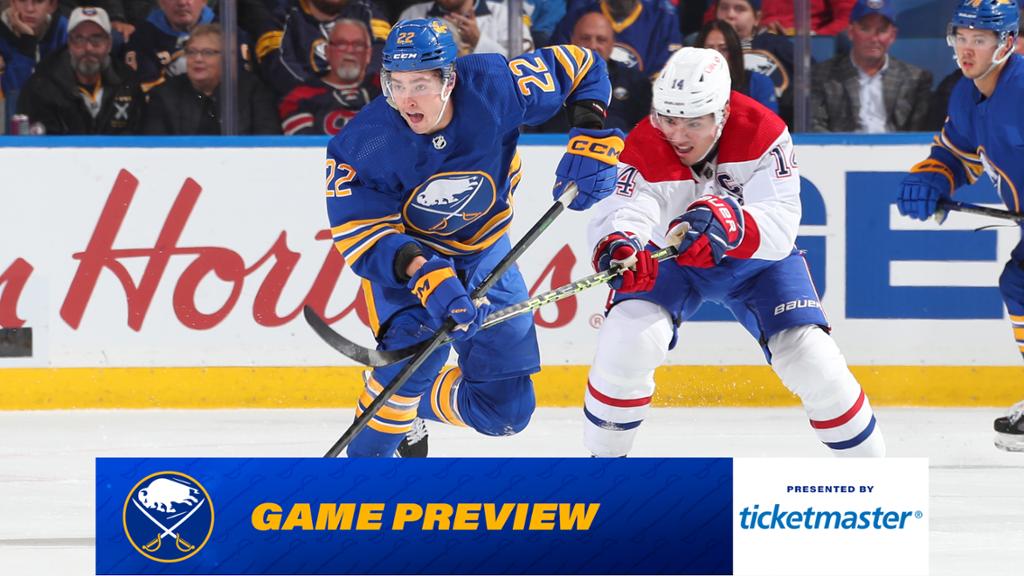 This post will be updated following the team’s morning skate in Montreal. Until then, check out yesterday’s Practice Report.

The Buffalo Sabres are in Montreal tonight as they look to end their eight-game losing streak.

Tyson Jost practiced with the team for the first time on Monday after the team claimed him off waivers from Minnesota on Saturday. We’ll see if he makes his Sabres debut tonight.

We’ll also be keeping an eye on the status of defenseman Mattias Samuelsson, who has missed the past 12 games with a lower-body injury, and alternate captain Zemgus Girgensons, who sat out last game with an undisclosed injury. Both players were full participants in practice yesterday.

Here are some of the top Game Notes from @SabresPR:

• This is the second of three meetings between the Sabres and Canadiens this season.
• Last meeting: Montreal defeated Buffalo 3-2 in Buffalo on Oct. 27, 2022.
• Next meeting: Monday, March 27, 2023 in Buffalo.

• Jeff Skinner has recorded 35 points (21+14) in 36 games against Montreal in his career.
• In 11 games against the Canadiens as a member of the Sabres, Skinner owns 18 points (10+8), including six multipoint performances.

• Craig Anderson has appeared in 34 games against the Canadiens in his career and has only played more games against one NHL team (Toronto).

• Rasmus Dahlin (0+3) and Alex Tuch (2+3) are both riding three-game point streaks.
• Tuch has tallied seven points (2+5) in his last seven games against the Canadiens.

• Victor Olofsson owns five points (2+3) in five games against the Canadiens in his career.