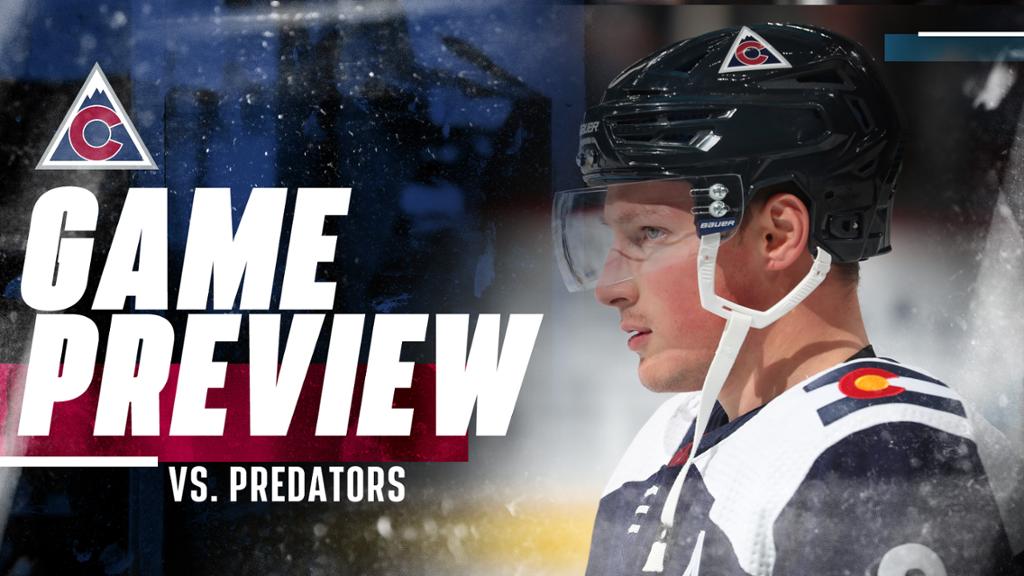 Riding a two-game win streak, the Colorado Avalanche return back to the Mile High City to face-off against the Nashville Predators on Thursday night. Coverage begins at 7 P.M. MT at Ball Arena.

This is the first of a three-game homestead, matching up against the Carolina Hurricanes on Nov. 12 for Hockey Fights Cancer Night and the St. Louis Blues on Nov. 14.

The Avs impressed across the pond, sweeping the 2022 Global Series in Tampere, Finland against the Columbus Blue Jackets with a 11-4 goal differential. Mikko Rantanen scored a hat trick in game one on his home soil, while Nathan MacKinnon dished out a combined seven assists (first game: three assists, second game: four assists) in the two games.

Colorado holds a 36-38-14 all-time record against the Predators.

The Avs went 1-1-2 versus Nashville last season before sweeping the Predators in the First Round of the 2022 Stanley Cup Playoffs.

Thursday’s contest is the first of a four-game series versus Nashville. The Avs travel to Music City on Nov. 25 before a home-and-home on Dec. 17 in Denver and Dec. 23 in Nashville.

The Preds (5-7-1) head into Thursday’s matchup winners of two of their last three games.

Filip Forsberg leads Nashville with 13 points (5G, 8A) through 13 games. Forsberg scored a goal last game against the Kraken to take sole possession of third place on the Preds all-time scoring list with 482 career points.

Avalanche captain Gabriel Landeskog remains out after undergoing surgery. Valeri Nichushkin had surgery on his ankle and is slated to be out for at least a month. The Avalanche are also without defensemen Bowen Byram and Samuel Girard for the foreseeable future as Byram is considered week-to-week with a lower-body injury, while Girard is listed as day-to-day with a lower-body injury.

Cale Makar has averaged a franchise-best 2.20 points per game versus the Predators in five games played.

Alexandar Georgiev has started three games against Nashville, registering a 1.70 GAA and a .937 Sv%.

Roman Josi is the Preds all-time franchise scoring leader against the Avalanche with 38 points (13G, 25A). Filip Forsberg follows in second with 32 points (16G, 16A).

Goaltender Juuse Saros holds a 3-1 record in the four games he has started against the Avs, recording a .911 save percentage.

Nathan MacKinnon became the sixth player in franchise history to record seven or more assists over a two-game span. In Colorado, the only other instance came in 1996 when Peter Forsberg registered seven helpers in two games (Feb. 19-23).

In the Avs first game against Columbus, Mikko Rantanen (3G, 1A) and Nathan MacKinnon (4A) became the second and third players to record four or more points in a regular season contest outside North America. Theo Fleury was the first with three goals and two assists on Oct. 10, 1998 in Tokyo, Japan.

Nathan MacKinnon has recorded 16 assists this season, second in the NHL only to Edmonton’s Leon Draisaitl (17A).