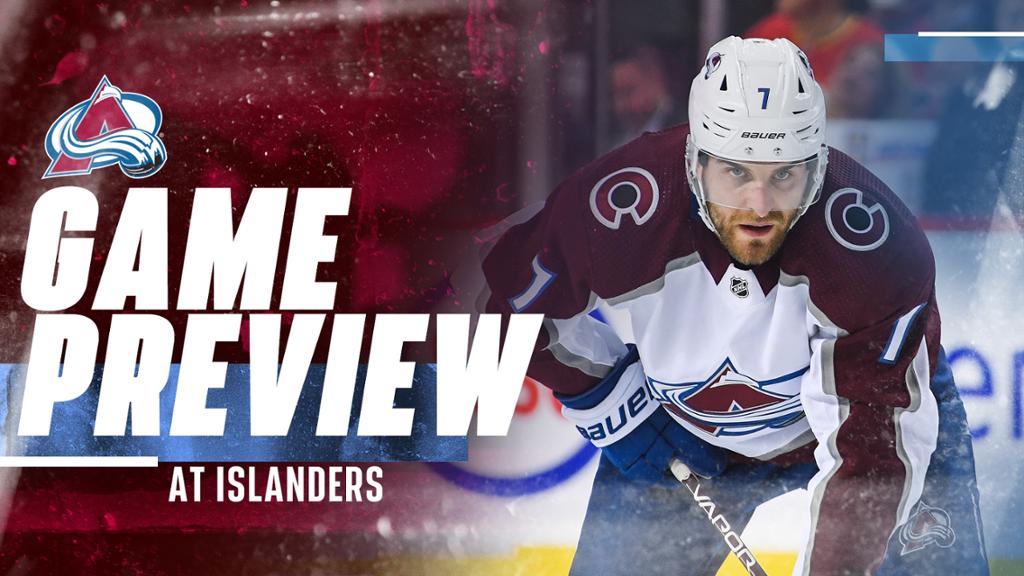 The Colorado Avalanche wrap up their tri-city road trip as they face off against the New York Islanders on Saturday. Coverage begins at 5:30 P.M. MT on Altitude Sports.

Following Saturday’s game, the Avalanche will head to Tampere, Finland to take on the Columbus Blue Jackets in the 2022 NHL Global Series on Nov. 4-5.

The Avs fell to the New Jersey Devils last night, 1-0. After two scoreless periods, Jack Hughes scored a power-play goal 2:59 into the third.

For the Avalanche, netminder Pavel Francouz made 22 saves on 23 shots in the shutout loss. Colorado went 0-for-6 on the power play and 2-for-3 on the penalty kill.

The Avs beat the Islanders in the two high-scoring affairs last season, scoring five goals in both games.

New York will travel to Denver on Dec. 19 for a 7:00 P.M. MT start to conclude the season series.

The Islanders (4-4-0) are riding a two-game win streak heading into the Saturday night matchup.

Mat Barzal leads the Islanders with nine points (0G, 9A), while Anders Lee (4G, 4A) and Brock Nelson (2G, 6A) follow closely behind with eight apiece.

The Islanders will also be in their second game of a back-to-back, coming off a 6-2 win at Carolina last night. Josh Bailey scored the game-winning goal – and his second goal in as many games – while also skating in his 1,000th NHL game.

Avalanche captain Gabriel Landeskog remains out after undergoing arthroscopic knee surgery and is slated to return in 12+ weeks.

Veteran center Darren Helm is still sidelined after undergoing off-season surgery but has been skating.

Valeri Nichushkin did not play against the Devils after sustaining a lower-body injury.

Nathan MacKinnon leads all current Avalanche players with 18 points (8G, 10A) versus the Islanders franchise.

Pavel Francouz has netted three games against the Islanders, posting a 2-1 record with a 2.33 goals-against average and a .938 save percentage.

Islanders’ goalie Semyon Varlamov might face off against his former club for the fourth time in his career, holding a 2.75 goals-against average and a .927 save percentage against Colorado as Ilya Sorokin backstopped the Islanders to their 6-2 win over Carolina.

The Avalanche blueliners have notched 21 points this season, which ranks second in the league behind Seattle (22 – nine games played).

Alexandar Georgiev holds a 4-0-1 record to start the season, tied for the third-most wins among goaltenders this season.

Last night against the Devils, Artturi Lehkonen registered a career-high 24:37 of ice time.