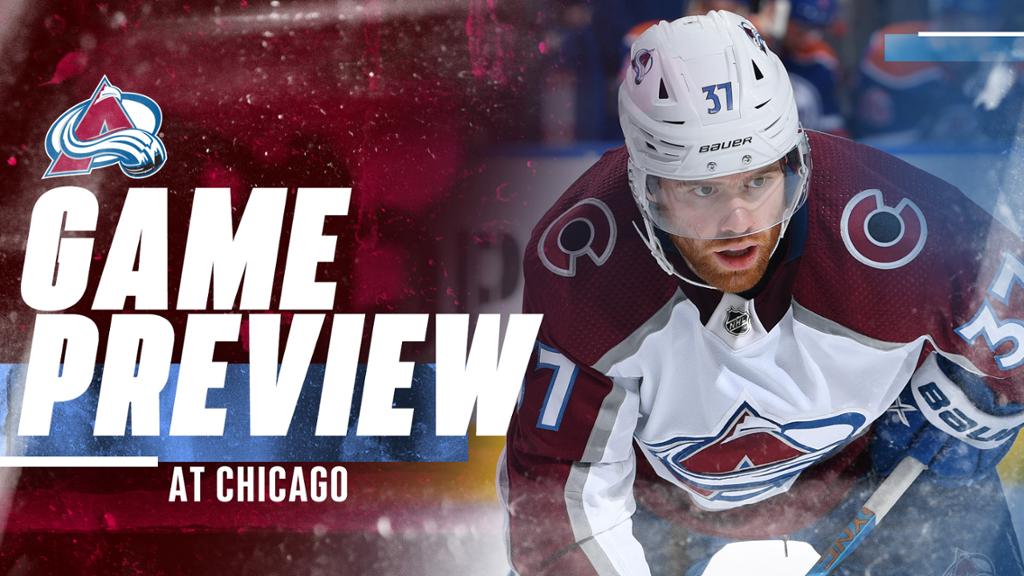 The Colorado Avalanche are set to take on their Central Division rival, the Chicago Blackhawks, for the second to last time this season. The final matchup will take place at Ball Arena on March 20 at 7 p.m. MT.

Colorado fell to the Florida Panthers 5-4 on Tuesday. After falling behind 4-1, three third-period goals from forward Mikko Rantanen and centers J.T. Compher and Nathan MacKinnon would tie the game at 4-4. Center Andrew Cogliano also scored for the Avalanche. Florida forward Matthew Tkachuk would net the game-winner, his second of the game. Goaltender Alexandar Georgiev made 33 of the 37 shots he faced, while goaltender Sergie Bobrovsky made 27 saves of 31 shots.

Chicago bested the Calgary Flames 4-3 in overtime on Sunday. Forwards Colin Blackwell and Lukas Reichel and center Philipp Kurashev all scored for the Blackhawks before center Max Domi potted the game-winner. Reichel’s goal was the first of his NHL career and recorded two assists. Goaltender Alex Stalock turned away 44 of the 47 shots that came his way.

The Avalanche hold a 76-55-17 record all-time against the Blackhawks, which includes a 32-14-6 record at home since the franchise relocated to Colorado.

Forward Gabriel Landeskog is the team’s active leader in career points against the Blackhawks, with 34 (14G/20A) in 39 games played. Center Nathan MacKinnon is second with 33 (11G/22A) in 34 appearances.

Forward Patrick Kane is first on the Blackhawks in career points against the Avs, with 54 points (20G/34A) in 57 contests. Center Jonathan Toews is second with 52 (24G/28A) in 53 outings.

With his goal on Tuesday center Nathan MacKinnon picked up his 253rd career tally, passing Anton Stastny to take over sole pos­session of fifth place on the franchise’s all-time goals list.

Mikko Rantanen recorded his team-leading 27th goal of the season, which ranks seventh in the league.

Kurtis MacDermid finished with two assists to equal his career best for assists and points in a single game. MacDermid’s last multi-point game was Feb. 12, 2020 vs. Calgary and his last multi-assist contest was Nov. 30, 2017 at Washington.

Alexandar Georgiev made his 12th consecutive start on Tuesday, the longest such stretch of his career and the most consecutive starts by an Avalanche netminder since Semyon Varlamov started 22 straight contests from Jan. 15-March 8, 2015.

QUOTES THAT LEFT A MARK

“At this point, can’t be taking many moral victories. Obviously, good job coming back but not good enough. We just didn’t execute the gameplan that well tonight. We turned over a lot of pucks. Getting down 4-1 is tough. At the end, we got to get a kill to get us at least a point in overtime.” – Center Andrew Cogliano on Tuesday’s loss

“It’s not fun. You don’t want to play from behind every single game. It’s a good learning curve now for us I guess, but we have to learn to get off to better starts and hold leads.” – Defenseman Cale Makar on playing from behind