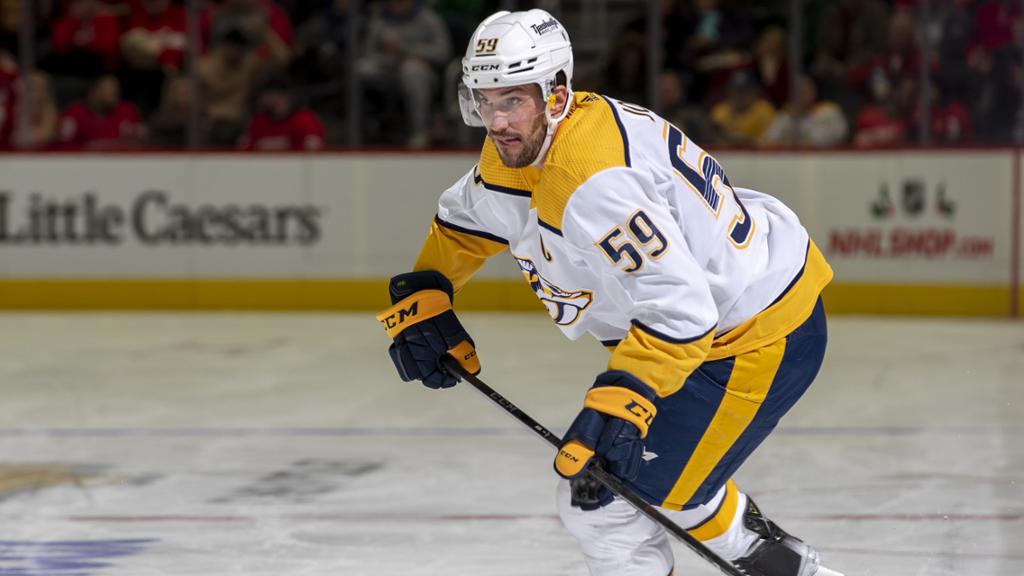 Smashville, let’s run it back!

Less than 24 hours after defeating the New Jersey Devils 4-3 in overtime, the Nashville Predators are back in action with a visit to the New York Islanders at UBS Arena.

Below are Nashville’s lines from Thursday’s game at New Jersey:

The Islanders come into Friday’s game off a 3-1 loss to the Philadelphia Flyers. Prior to that, they had won four games in a row.

Mathew Barzal is second in the NHL with 24 assists and has 11 points (2g-9a) in his last nine games; his 26 points this season are a team high. Brock Nelson has scored a team-leading 11 goals for the Islanders in 2022-23.

The Predators are 21-8-(0)-3 all-time against the Islanders, including a 9-4-(0)-2 record on the road. This is the second and final matchup between Nashville and the Islanders in 2022-23 and the first and only at UBS Arena.

Nashville is 1-0-0 against the Islanders this season, claiming a 5-4 victory at Bridgestone Arena on Nov. 17. The Predators have earned at least a point in 11 of their last 12 meetings with the Islanders (10-1-1), including wins in eight straight. Nashville’s eight wins in a row against the NY Islanders is its longest active win streak against a single opponent.

Nashville improved to 4-6-0 on the road in 2022-23 with Thursday’s win over the New Jersey Devils. The Predators moved to 4-2 in overtime/shootouts this season (2-1 in OT; 2-1 in shootouts), and four of Nashville’s last five games have required OT.

The Predators extended their win streak against New Jersey to seven games, and their point streak against the Devils now stands at 13 (10-0-3). Head Coach John Hynes also improved to 4-0-0 against his former team. Johansen scored two goals, including the game winner in overtime; Sissons scored his second goal in as many games.

Friday’s game will be broadcast exclusively on Hulu/ESPN+, with Mike Monaco and AJ Mleczko will have the call.