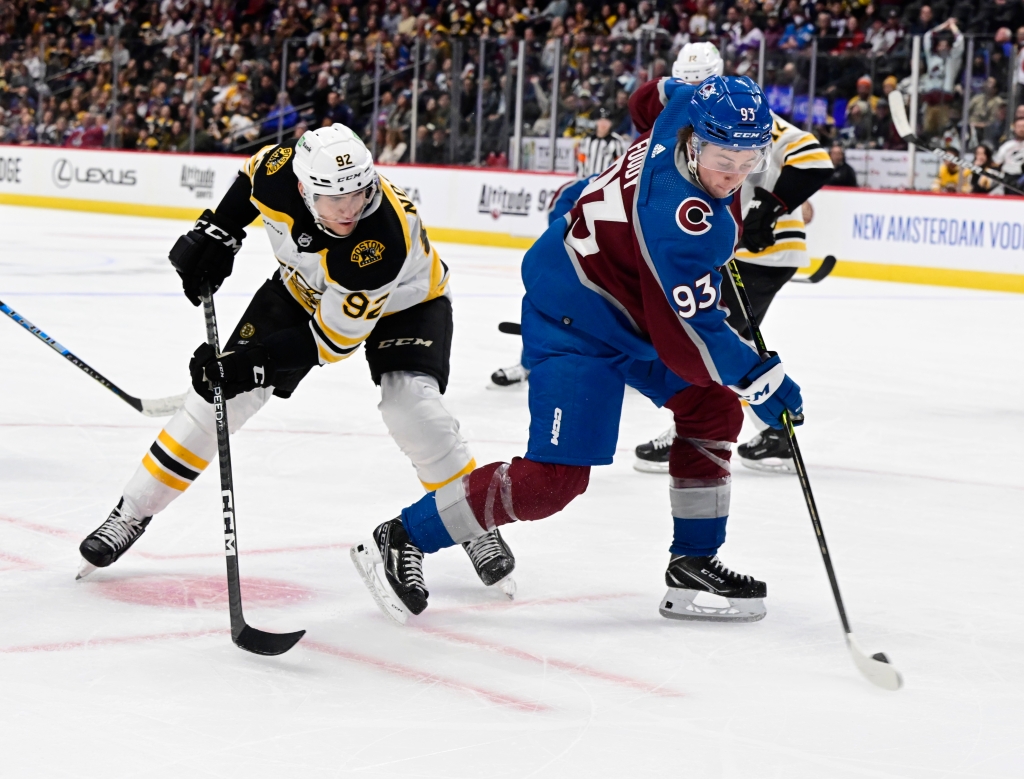 Denver Post sports writer Bennett Durando opens up the Avs Mailbag periodically throughout the season. Pose an Avalanche- or NHL-related question for the Avs Mailbag.

This team is so banged up, are you surprised with how the young players are doing right now? After the team gets healthy and guys start returning, who do you see staying on this roster? I have been surprised by a couple of the young pups. Thanks.

I noticed that none of the Colorado Eagles players have scored a single goal since they were called up. This is a big problem, no way to win a hockey game without scoring a goal. Will be glad to see all the Eagles flown back up to Loveland.

Ah, no better way to start than with two complete opposite opinions.

That’s 14 guys. They have combined for two goals and four assists.

Ten of them have not produced a point in 53 combined games. Jared Bednar doesn’t need AHL players to show up and seamlessly replace Nathan MacKinnon, but he probably envisioned slightly more than this.

Most of these players will not be in the picture by playoff time. But points aren’t everything. A few call-ups have left sizable impressions with limited ice time in Denver, so I think there’s an interesting conversation to be had about who has earned a chance to stick around.

The “young pup” with the best chance to be here in April? I’d guess Foudy. He’s creating multiple scoring chances per game, and he has the defensive tenacity required of a bottom-six forward. Bednar has raved about how he’s playing, which is especially impressive for a third-round pick surrounded by other prospects who were drafted higher.

“I love the improvement that I saw from him from training camp,” Bednar said. “Great skater. Didn’t see it a lot in training camp. Can play with an edge and be highly competitive.”

Hey Bennett, I haven’t heard much on how Gabe Landeskog is doing. Could you give us an update? Thanks.

Progressing but not skating. He hit the ice individually once or twice while the team was on the East Coast, but he’s not feeling healthy enough to consistently skate yet. At the outset, his rough timeline was 12 weeks, putting him on track for an estimated Jan. 12 return. The Avs aren’t going to rush him back, especially considering that other forwards are regaining health in the meantime.

Is the Avs management even contemplating any moves to replace the points lost due to Burakovsky and Kadri leaving? Do they even have any cap space or trade chips to use? Even a fully healthy roster is missing those two players’ points and their intangibles. And Kadri’s face-off skill and grit. And fiery competitiveness. Oh, well.

With injuries still being a factor in this team’s efforts to repeat as champs, what do you think the likelihood is we get a top 6 addition from a trade?

If the Avs want to make cap space, they can. Most trades for a top-six forward would likely require a third-party broker — a team willing to take on a portion of the salary needed for Colorado to stay under the cap. With that mutually beneficial route available, short-term cap management shouldn’t be a problem.

The more relevant issue is the NHL’s looming salary cap increase. Commissioner Gary Bettman said this week that the league currently projects the cap will only grow by $1 million next season, which would be a smaller increment than has been anticipated.

Why does that potentially affect the Avalanche at this trade deadline? Because if they decide to target one of the commonly speculated big names — Bo Horvat, Jonathan Toews, Patrick Kane, Ryan O’Reilly — the amount that Colorado is willing to give up is dependent on their ability to re-sign Faceless Trade Acquisition during the offseason.

If the cap only increases by $1 million, the Avs are limited in who they can bring back. They might be forced to sacrifice other players in order to keep the trade acquisition. At that point, is it worth it? Or conversely, if the team decides to trade for a top-six forward without ambitions of re-signing him, is the price of the trade worth it for just three months (maximum) of Faceless Trade Acquisition?

That being said, the other relevant news of this week is Horvat reportedly turning down a contract from Vancouver, essentially guaranteeing he will have a new team in three months. He’s a point-a-game center who would fit perfectly in Colorado’s 2C opening.

Have the Avs given up on settling the TV blackout?

It’s a standoff with no signs of relenting stubbornness from either side. Altitude’s on-air talent remains committed to social media-shaming Comcast.

Are the advance metrics for the Avs’ defense and bottom six production a giant concern? If the metrics are bad is that mainly a result of all the injuries we have had, or is there actually a concern about the way we are playing defense this year and producing at the bottom end? Could our really good goaltending fill those holes or are we going to have to make a splash by the deadline to become Cup contenders?

I actually think the overlying numbers (is that a thing?) are more concerning than any underlying metrics you’re referring to. Let’s use Dryden Hunt as an example. He has been pretty much Colorado’s only everyday bottom-six forward during the long injury stretch, surrounded by the revolving door of aforementioned call-ups.

Hunt’s 5-on-5 expected goal rate is a solid 49.6%. The Avs’ scoring chance rate with him on the ice is 52.4%. High-danger scoring chance rate? 51%. “It’s more low-event hockey,” Bednar told me in St. Louis. He’s fairly content with a consistently net-neutral player like that, although: “Would I like to see a little bit more offense? Yeah.”

Which gets to the overlying numbers: The Avs’ real-life goal rate with Hunt on the ice is 12.5%. Much lower than the expected goals.

The fact that Mikko Rantanen has scored 23% of the Avalanche’s goals and that nobody else has eclipsed double digits yet is the unsustainable stat. Fortunately, it doesn’t have to be sustainable. The answer to your second question is wholeheartedly that this is injury-related.

While we’re talking about trades and player values, let’s look at J.T. Compher. He has 16 points in 27 games in a contract year. He might be pricing himself out of what Colorado can afford when he becomes a free agent this offseason. As the roster gets healthy, he will slide back into the bottom six. If he’s your fourth-line center by the playoffs, that’s pretty darned good.

Bennett, we all know Nathan MacKinnon is jet-speed fast, great puck handler, can go over 25 minutes if necessary and is physically imposing. So then why doesn’t he kill penalties?

Fun thinker to end on. MacKinnon is physical and competitive enough that if he wanted to devote the rest of his career to becoming an elite penalty killer, I have no doubt he would succeed.

But the answer is basically that his talent is a resource best-used in other ways. Pre-injury, he was already in the 25-minute range without penalty kill.

Also, faceoffs aren’t an important stat in the grand scheme of things, but they do help reduce scoring chances while penalty-killing. MacKinnon has struggled on the draw throughout his career.