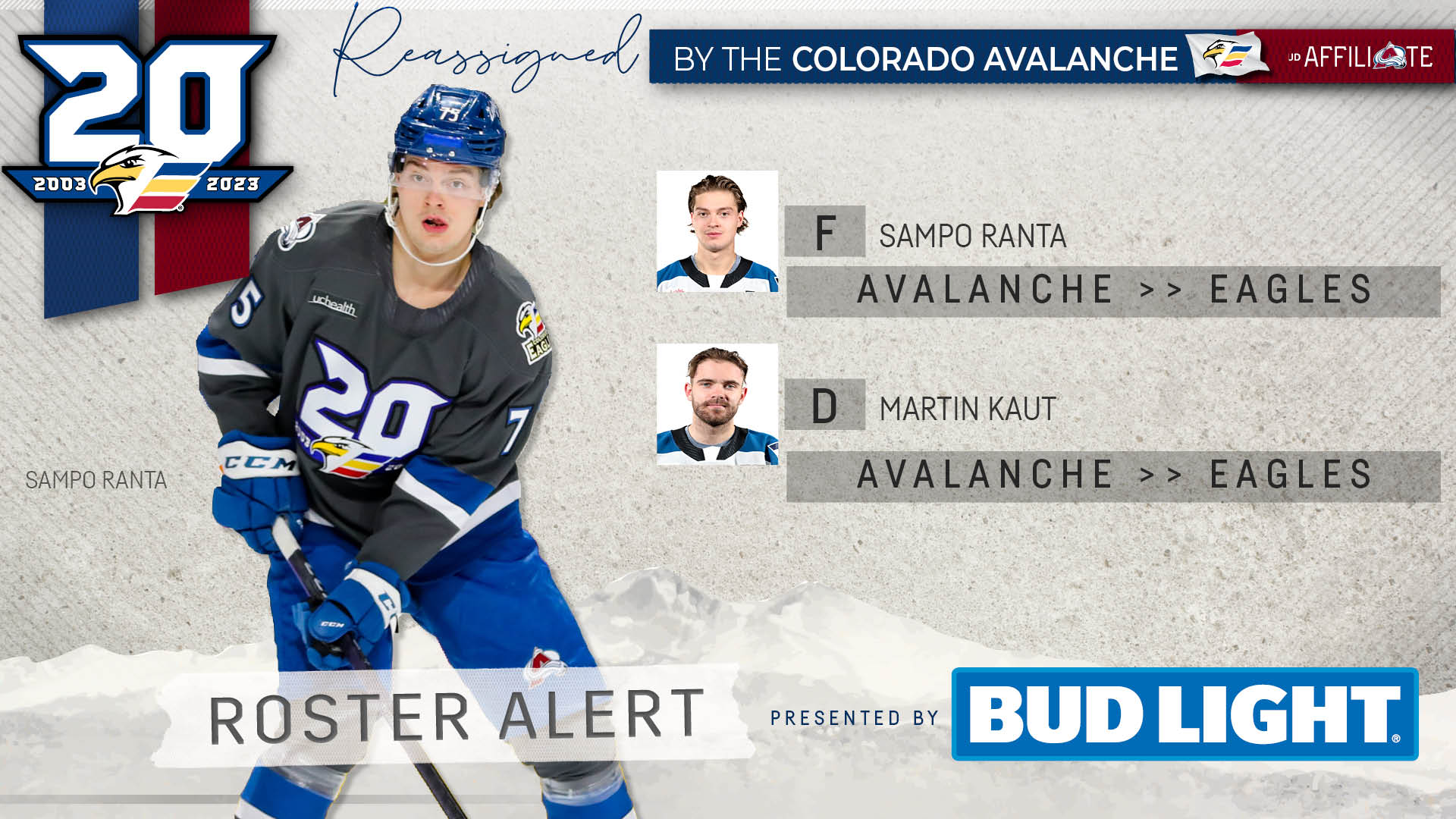 WINDSOR, CO. – The Colorado Eagles, proud AHL affiliate of the Colorado Avalanche, have announced that forwards Martin Kaut and Sampo Ranta have been reassigned to the Eagles by the team’s NHL affiliate. Kaut has generated four goals and one assist in six AHL games with Colorado this season, while Ranta has posted five goals and five assists through 26 contests with the Eagles.

Selected by the Avalanche with the 16th overall pick in the 2018 NHL Entry Draft, Kaut has appeared in 47 career NHL games with Colorado, producing three goals and three assists. A native of Brno, Czech Republic, he also represented his country at the IIHF World Junior Championship on two different occasions. At the AHL level, the 23-year-old has produced 46 goals and 50 assists in 169 career AHL contests. Kaut reached new career highs in both goals (19) and points (31) during the 2021-22 season with the Eagles.

Ranta has skated in six NHL games this season with Colorado and also appeared in 10 regular season games with the Avalanche during the 2021-22 campaign. In addition, the 22-year-old also skated in two Stanley Cup Playoff contests with Colorado in 2021. A third-round pick of Colorado in the 2018 NHL Entry Draft, Ranta helped guide the University of Minnesota to a Big-10 Championship in 2021 and would go on to be named an All-American during the 2020-21 campaign with the Gophers.