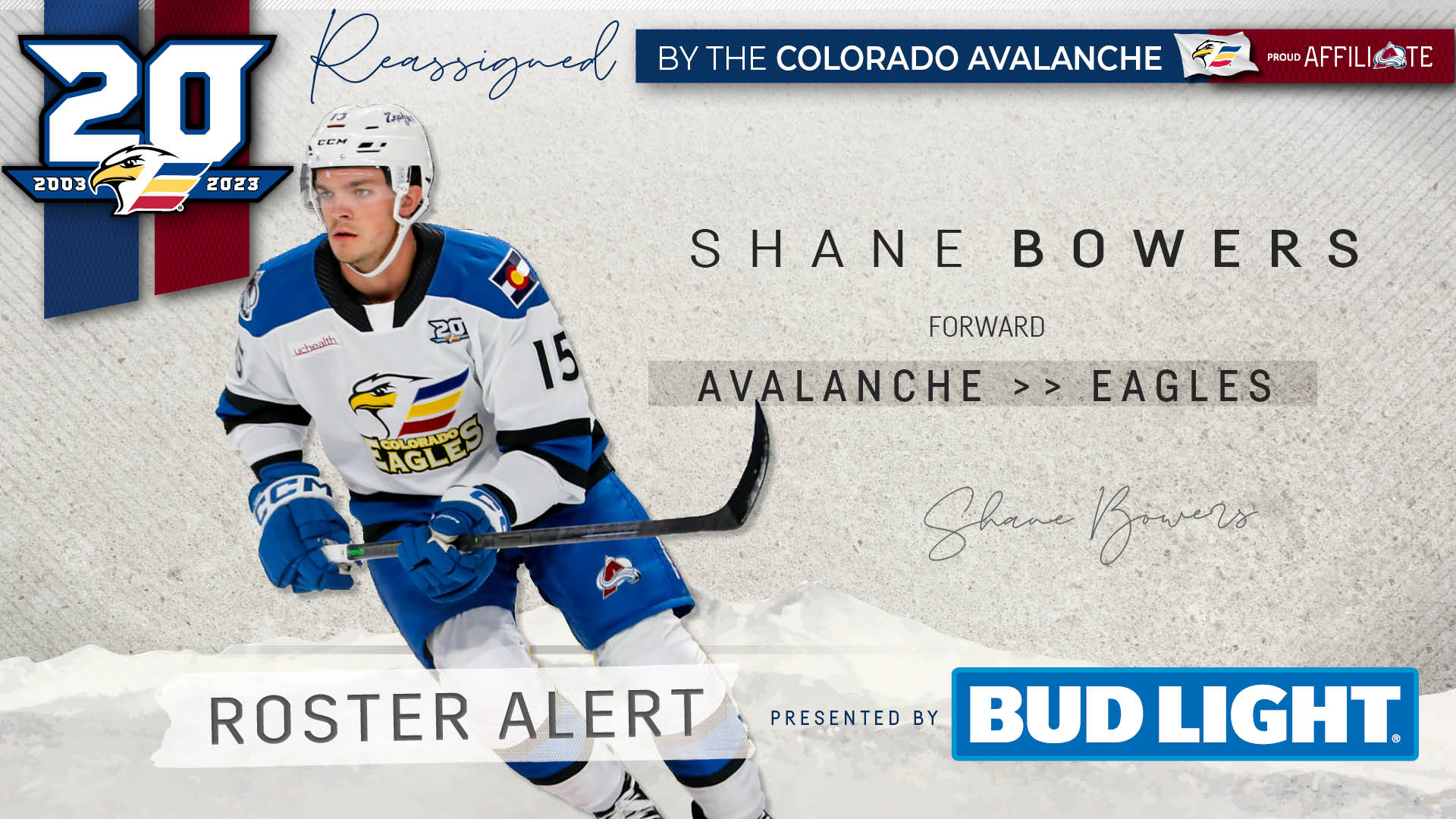 WINDSOR, CO. – The Colorado Eagles, proud AHL affiliate of the Colorado Avalanche, have announced that forward Shane Bowers has been reassigned to the Eagles by the team’s NHL affiliate. Bowers has notched two goals and four assists in 10 AHL contests with Colorado this season and made is NHL debut with the Avalanche on November 10th against the Nashville Predators. A first-round pick of the Ottawa Senators in 2017, Bowers has generated 25 goals and 26 assists in 127 career AHL games with the Eagles.

Prior to making the jump to the pro game, Bowers spent two seasons at Boston University, amassing 28 goals and 25 assists in 77 NCAA contests. His freshman season in 2017-18 saw the Halifax, Nova Scotia native notch 17 goals and 15 assists, helping lead the Terriers to a Hockey East Championship and earning him a spot on the Hockey East All-Rookie Team. He also represented Canada at the 2019 World Junior Championships, posting two assists in five contests.

The Eagles will be back in action when they take on the San Jose Barracuda on Friday, December 16th at 7:05pm MT at the Budweiser Events Center. Tickets for all regular season games are on sale now and start at just $21. You can find more information on ticket packages, theme tickets, and promotional nights, by visiting ColoradoEagles.com or by calling the ticket department at (970) 686-7468.