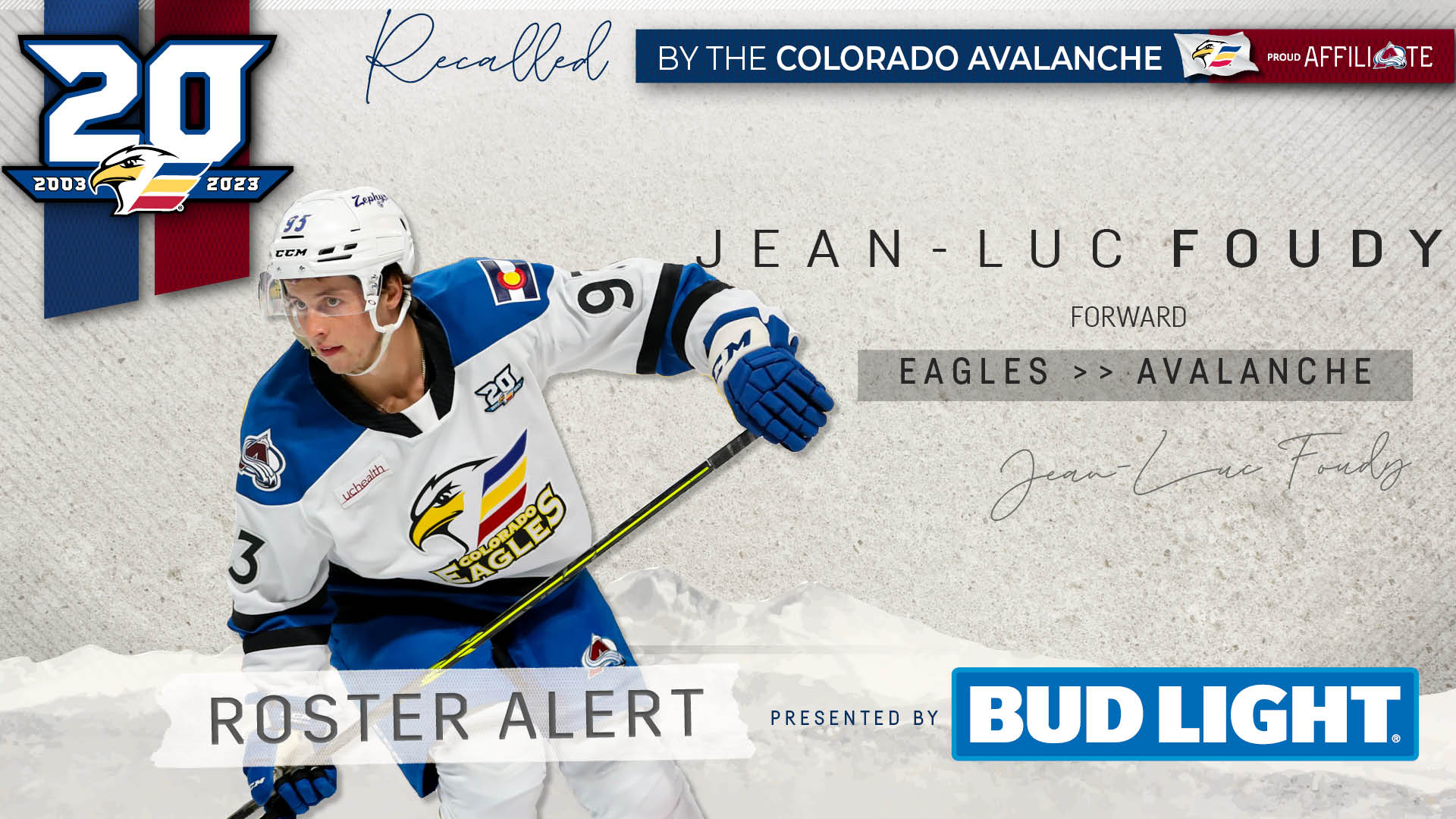 WINDSOR, CO. – The Colorado Eagles, proud AHL affiliate of the Colorado Avalanche, have announced that forward Jean-Luc Foudy has been recalled by the team’s NHL affiliate. Foudy has notched five goals and nine assists in 18 games with the Eagles this season. His five goals are currently tied for second on the team, while his nine assists and 14 points are good for third on the roster.

Selected by Colorado in the third round of the 2020 NHL Entry Draft, Foudy is in his third professional season after joining the Eagles as an 18-year-old rookie during the 2020-21 campaign. The Scarborough, Ontario native generated nine goals and 17 assists during the 2021-22 season and went on to collect four goals and three assists in nine postseason contests during the 2022 AHL Calder Cup Playoffs.

The Eagles will be back in action when they travel to take on the San Diego Gulls on Wednesday, November 30th at 8:00pm MT at Pechanga Arena in San Diego, California. Tickets for all regular season games are on sale now and start at just $21. You can find more information on ticket packages, theme tickets, and promotional nights, by visiting ColoradoEagles.com or by calling the ticket department at (970) 686-7468.