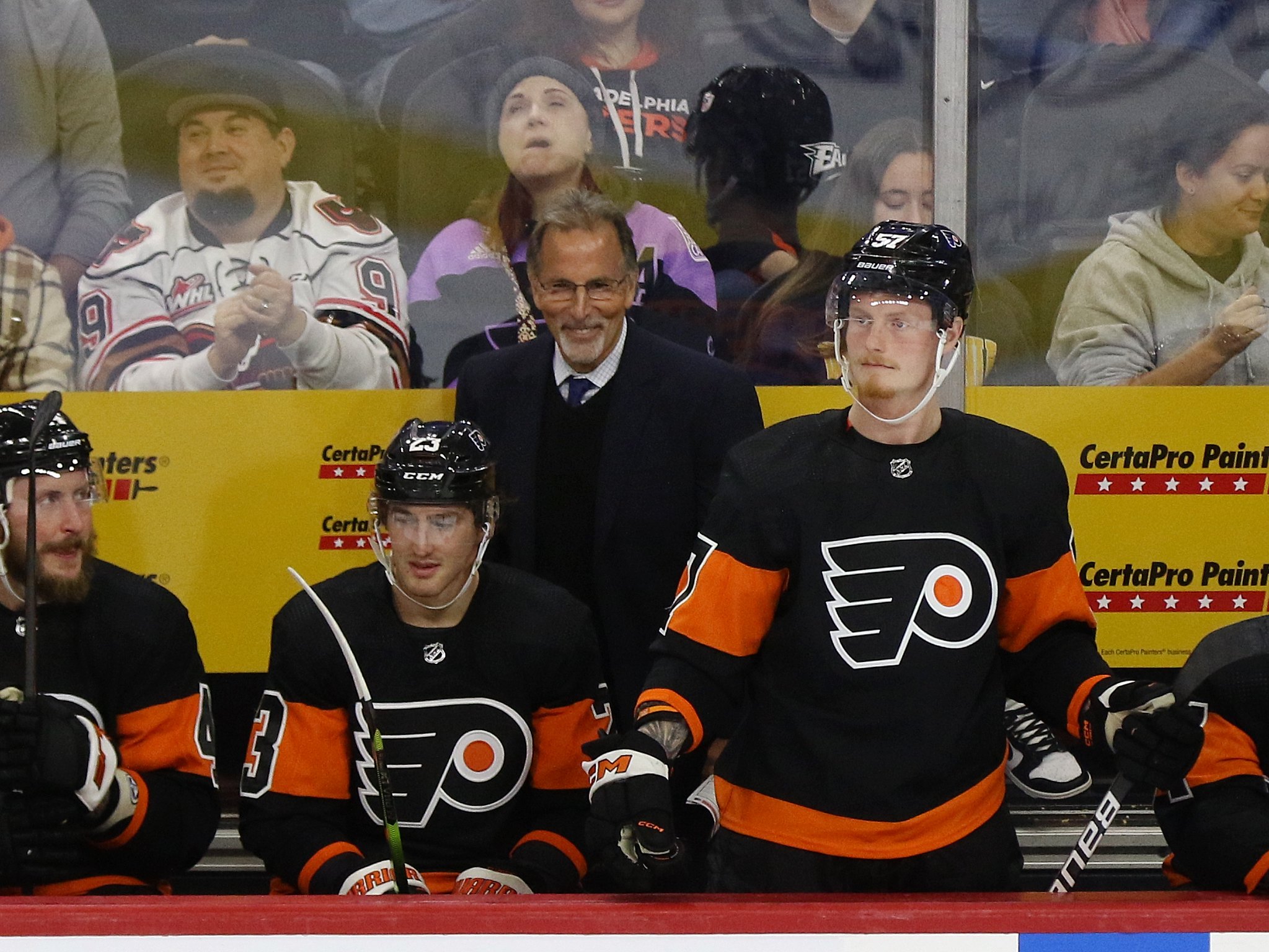 As you might have heard, John Tortorella is back in Columbus. He wasted no time talking about the Blue Jackets and their poor start to their season.

Tortorella held court at Nationwide Arena on Thursday morning before the Flyers’ morning skate. Towards the end of the availability, the topic of the Blue Jackets’ poor start and head coach Brad Larsen came up. Like he did with Sheldon Keefe recently, Tortorella had some positive things to say about Larsen, his long-time assistant with the Blue Jackets.

“With Brad Larsen, and I know you guys are circling around,” Tortorella said. “Trying to figure out what’s going on with your team…Brad Larsen is a hell of a coach. And even a way better person. You’re going after the wrong guy here quite honestly. If you’re gonna circle him as far as the reason (behind) what’s going on with this team.

“He’s the one I think best suited to get you out of your jam. You guys know it. I am very close with him, but I just have so much respect for him as far as what he does as a coach and what he does as a person for that team.”

The Blue Jackets start has been one to forget for many reasons. After going 3-4-0 in their first seven games, they have lost five in a row including both games in Finland to the Colorado Avalanche. They have been outscored 28-8 in those games.

The question being tossed around is who is all to blame for their start? It’s clear Tortorella thinks highly of Larsen and believes he will eventually get the Blue Jackets heading in the right direction.

The Blue Jackets’ 3-9-0 start is a collective team thing. When a certain combination of things goes terribly wrong, the team ends up in last place after just 12 games.

Management decided this was their best roster to start the season. Despite valid questions about their defense, the only significant addition was Erik Gudbranson. They even said goal prevention was their key focus. However so far, the Blue Jackets have allowed an Eastern Conference worst 55 goals in 12 games, an average of 4.58 goals against per game. They give up numerous odd-man rushes. The goaltending hasn’t been good at all but are hung out to dry more often than not.

The players have not met expectations to date. The Blue Jackets play well for a period or so, sometimes up to 30 minutes. But the rest of the time they are dominated. Once they lose momentum it’s a freefall. They have yet to show that they can weather storms against the good teams in the NHL. Their best players have not performed when it’s been needed the most. This was especially true at the Global Series.

The coaches share in this blame too. They create the gameplan. They ice what they think is the roster that gives them the best chance to win. They run practices in order to get used to systems and prepare for the next opponent. They have yet to find an answer to help reverse this early losing trend.

So Is Tortorella Right?

The answer to that question remains to be seen. There are still 70 games left to play. The one thing that is clear though is that it’s not fair to place 100% of the blame on Larsen. The coaches have a hand in it but so does the rest of the team.

Now that we’re on the verge of Game 13, the first 12 games are over. The focus shifts to Thursday night against the Flyers. The Blue Jackets need to win just to feel good about themselves.

The pressure is on to find a way to break the losing streak. The players will be closely watched. So will the coaches. What they’ve tried this season hasn’t worked. Can they make proper adjustments? If not, what does management do about it?

There are more questions than answers at this point. The games will start filling in the blanks for us. At least according to Tortorella, the Blue Jackets have the right man behind the bench to weather the storm and turn this season into something. If anyone knows Larsen and the way he operates, it’s Tortorella.

Tortorella may be right. Maybe the root issue lies somewhere else. Only time will start to reveal the truth on that front.