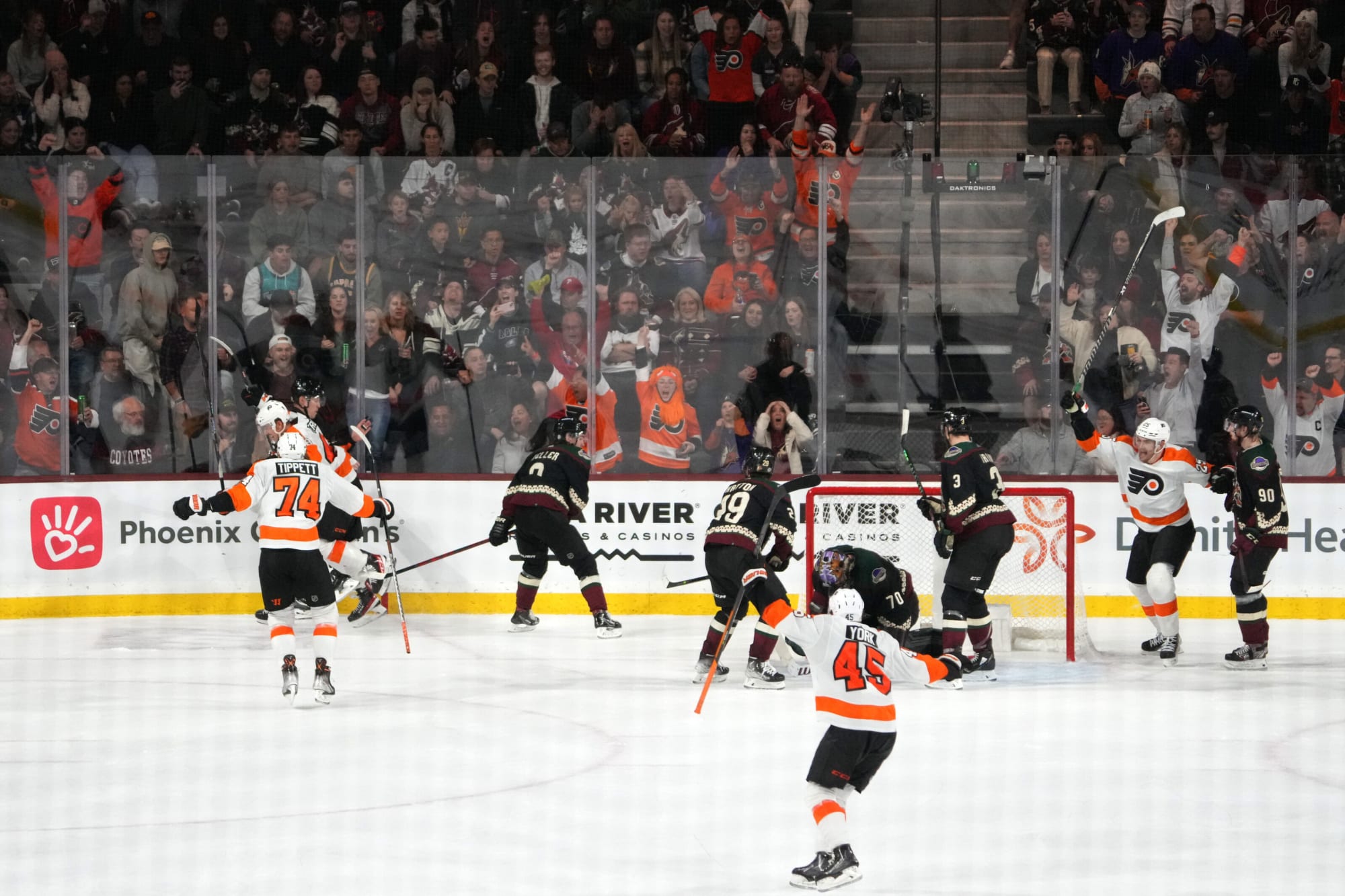 The Philadelphia Flyers continue to fall short by a goal. All the effort in the world hasn’t been able to score them enough goals to get in the win column and stay there. Tonight is not going to be an easy task whatsoever. The Colorado Avalanche will be looking for revenge on home ice after the Flyer beat them in their last meeting at the Wells Fargo Center. Since that game, the Flyers lost their last 3 games.  The Avalanche haven’t been much better going 1-1-1 since.

The Avalanche are obviously not the same team from all the injuries, but the Flyers have been dealing with the same issue over the last 2 seasons. This does show just how different teams perform without a majority of their top guns being in the lineup. Luckily, for the Avalanche, their guys have timetables to return. The Flyers’ main injuries are still day-to-day.

The Flyers have a chance to get back in the win column and win some hockey games. They have one more game on the road after tonight in New Jersey and that opens up 3 games against Metro Division opponents. Winning tonight would help this young team gain some momentum and build their confidence levels up.

Morgan Frost and Owen Tippet must have read a recent article put out on Broad Street Buzz giving the offense their quarter-season grades and basically putting Tippet and Frost out there to be better than they have been.  Each of them scored a goal in the game against the Coyotes. Frost ended the game with 1 goal and 3 assists for 4 points and Tippet had a goal and an assist.

Both players were a part of the energy line alongside James van Riemsdyk. If they can bring the same energy and tenacity into tonight’s game alongside some other players scoring outside of Travis Konecny, this should be a win.

The only hitch in the Flyers’ plan to get a win is having their workhorse and obviously best reason why the Flyers have been so close in hockey games, Carter Hart, finally taking a rest. Felix Sandstrom will slide into the starting netminders role tonight. This will be his 8th start of the season and 9th game of the season after going in the net for Hart after he was pulled in the Black Friday game against the Penguins.

Sandstrom this season is 1-5-1 with an SV% of .889 and a GAA of 3.40. This is a big game for Sandstrom and could ultimately shift the entire coaching staff’s minds about him getting more playing time if he can snag his 2nd win.

The Flyers need to get a win tonight. Not for the points, but for the efforts of the young guys and their confidence levels.

Similar to the Flyers and all of their injuries, the Avalanche have been in the same boat. While we have acknowledged our injuries for years, during the last game against the Avalanche, their broadcasters acknowledged that the Flyers have had injuries as well. This is not an excuse that can be used when playing the Flyers at this point. It merely comes down to who wants it more and how much more the winning team is willing to give to get it.

Cale Makar is the premier guy on this roster and the number one option with all of the injuries. Being paired up with Sam Girard. Makar has 6 goals and 19 assists while Girard has 1 goal and 4 assists. This top pairing when playing at an elite level, are hard to defend. Girard can pick up the defensive responsibilities when Makar wants to open up and activate, but Makar can do the same for Girard. Makar is just a unicorn and unlike any other defensemen we have seen with both defensive and offensive capabilities that are at elite levels and are complimentary to one another.

Pavel Francouz will get the nod for the Avalanche tonight. With 8 games started, Francouz is 3-5-0 with a SV% of .911 and GAA of 2.90. Francouz won his last outing against the Blues only giving up 2 goals while stopping 30 shots out of 32. Before that game, Francouz had given up 9 goals in his previous 2 starts. This is a goalie who can get rattled and will give you looks and opportunities to score. it will be up to the Flyers to capitalize on those opportunities when they present themselves as they will.

When, Where, How to Watch/Listen

fuboTV has live NHL games on ESPN in which you can stream from your phone, television, and all your favorite devices. This is a service that broadcasts live TV over the internet, no cable required. Watch your favorite teams, network shows, news, and movies on 100+ channels. Plus on-demand entertainment including full TV series. fuboTV is currently available in the United States, Canada, and Spain.