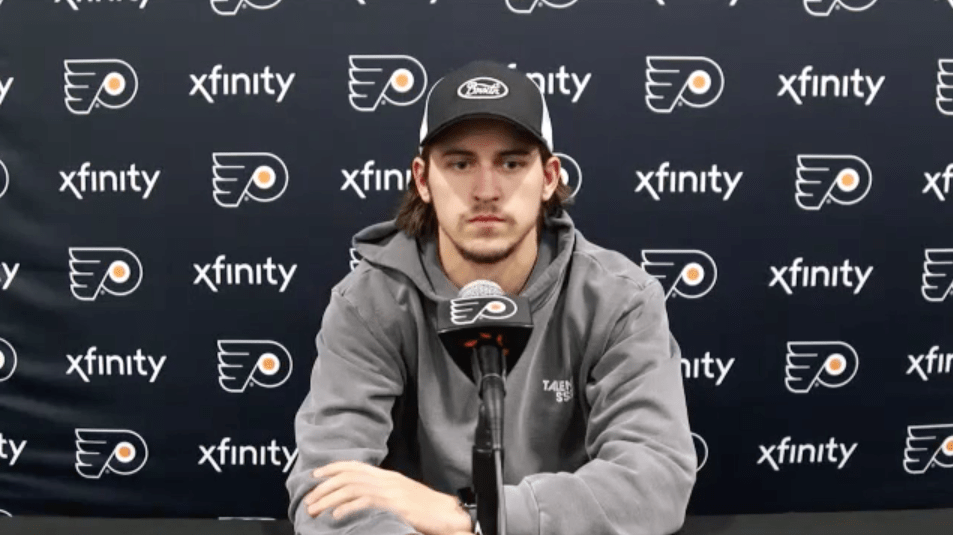 The Philadelphia Flyers had yet another key player suffer an injury. The New Jersey Devils may not lose another game, and the Boston Bruins did something that’s only been done five times in NHL history.

The Devils, who lost on opening night to the Flyers, beat Toronto in overtime, 3-2, and captured their 11th straight victory. It’s New Jersey’s longest winning streak since they won 11 in a row in 2005-06. The franchise record: 13 consecutive wins in 2000-01, back when Patrik Elias, Alexander Mogilny, and goalie Martin Brodeur were the leaders.

Yeah, it’s been a while.

For these stories, and much more, see our NHL links below.

John Tortorella recorded his 1,400th career game as an NHL head coach tonight. Per NHL Stats, he becomes the first U.S.-born head coach in history to reach the milestone. He is the 12th coach all-time to do it. Torts has a .548 points percentage. #Flyers

Around the NHL and National Hockey Now

Philly Hockey Now: Boston became the fifth team in NHL history to start its season with 10 straight wins, methodically beating the Flyers, 4-1. The loss was the fifth straight for the Flyers, who lost Travis Konecny to a second period-injury. Konecny appeared to injure his right hand as he got tangled with David Pastrnak late in the second period. My five observations.  Philadelphia Flyers.

Boston Hockey Now: For the Bruins’ perspective, check out Joe Haggerty’s reports on Boston’s win over the Flyers and an ineffective Ivan Provorov. Boston Bruins.

Florida Hockey Now: The Panthers’ roster is stuck at 20 players (most teams carry 22 or 23) because of cap issues, so it didn’t help when captain Sasha Barkov was ill and unable to play Thursday. The Cats lost to Dallas, 6-4. Florida Panthers.

Pittsburgh Hockey Now: Sidney Crosby had four points, including two goals, as the Penguins got a much-needed 6-4 win in Minnesota. It was just their third victory in their last 12 games. Pittsburgh Penguins.

Dallas Hockey Now: Dallas goalie Scott Wedgewood was carted off the ice in a 6-4 win in Florida. The good news: He was walking around the locker room later and did not need to go to the hospital. Dallas Stars.

Vegas Hockey Now: Vegas’ Phil Kessel became the first NHL player to play in 1,000 consecutive games during a 4-1 win over one of his former teams, Arizona. Vegas Golden Knights.