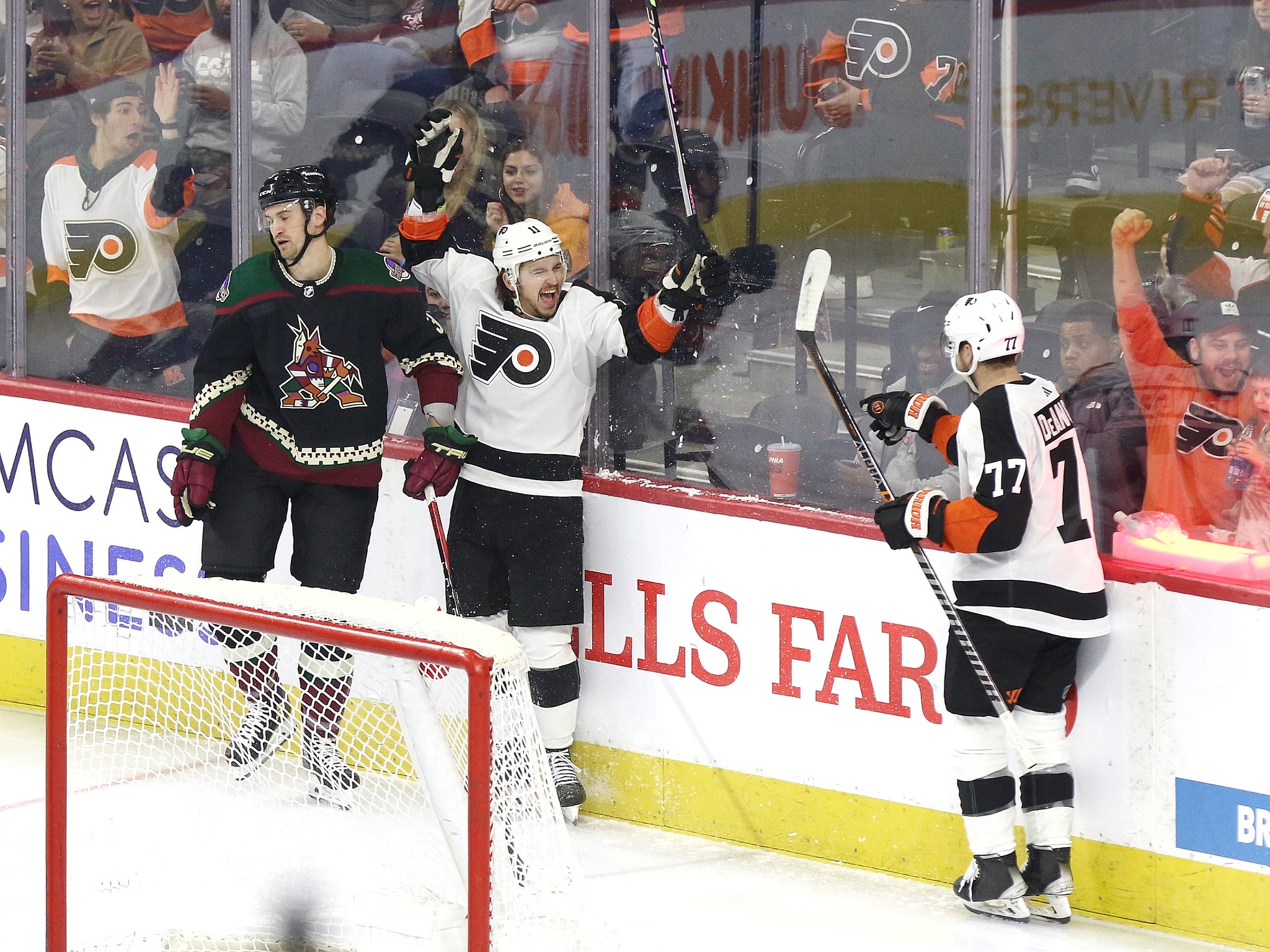 Now past the midway point of the season, the Philadelphia Flyers have given us lots to think and talk about. The boys in orange in black have had their low points, with a 10-game losing streak, but have also had some major highs, with Samuel Ersson getting his first NHL shutout on Jan. 9, 2023. The players listed below have had an excellent start to the season and have had the biggest impact on the club.

Travis Konecny has been talked about a lot this season. This could be the best season of his career, with 46 points in 38 games (24 goals and 22 assists), and on Jan. 11, 2023, he snagged his second career hat trick in the Flyers’ 5-3 win against the Washington Capitals.

“I think he’s just playing,” said head coach John Tortorella on Jan. 11. “He just plays. The puck finds him. He plays in his area. Everything about his game is effortless. I think he’s getting rewarded.”

Konecny has been solid for a team still trying to find its identity and may be the most impactful forward on the roster.

Goaltender Carter Hart has been a bright spot. He has a .910 save percentage and has been largely responsible for keeping the team out of the bottom.

The Flyers have 24 losses (17 regulation losses, six overtime losses, and one shootout loss) from Oct. 13, 2022, to the halfway point on Jan. 9, 2023, and Hart has been working hard behind a struggling defensive core.

Not only does Hart show skill on the ice, but he also seems to be a positive attribute to the team’s dynamic and has the ability to respond well to difficult results. A good example of that was after suffering a 4-1 loss to the Washington Capitals on Dec. 7, 2022. Hart was asked by media how he continuously puts in a strong effort, even though the results aren’t in the Flyers favour, he responded, “we gotta look at the process and not worry about results during the game, if we keep doing things the way we should be, playing hard, playing to our strengths, being hard to play against, eventually things are gonna go our way.”

Although the biggest impact is made on the ice, sometimes the impact you make off the ice and the ability to respond after disappointing results is just as important.

Kevin Hayes had an interesting first half of the season. He was benched during the third period against the New Jersey Devils on Dec. 15, 2022, and was then made a healthy scratch against the New York Rangers on Dec. 17. Although the veteran forward may have butted heads with Tortorella on Twitter about the effectiveness of coaches benching players, he is one of the team’s top point producers with 37, and at this rate, he might break past his career high in points. Hayes will also represent the Flyers at the NHL All-Star Game on Feb. 4, in Florida.

Cam York came into training camp and gave an extremely underwhelming performance, but certainly has redeemed himself since being recalled in December. The 22-year-old defenseman not only showcases his defensive abilities at an impressive rate, but he also has come in as a strong partner next to Ivan Provorov on the top defensive line. York has played 17 games and managed eight points (one goal and seven assists).

There are still 38 games to play before the regular season wraps up. Although the first half wasn’t what fans hoped for, there’s plenty of hockey to be played. Currently, the Flyers are sitting seventh in the Metropolitan Division and are 24th in the league with 43 points, just behind the Detroit Red Wings who sit at 43 in two fewer games played than the Flyers. For now, Konecny, Hart, Hayes, and York have all done an excellent job in the first half of the season and it will be exciting to see what more this team can do.