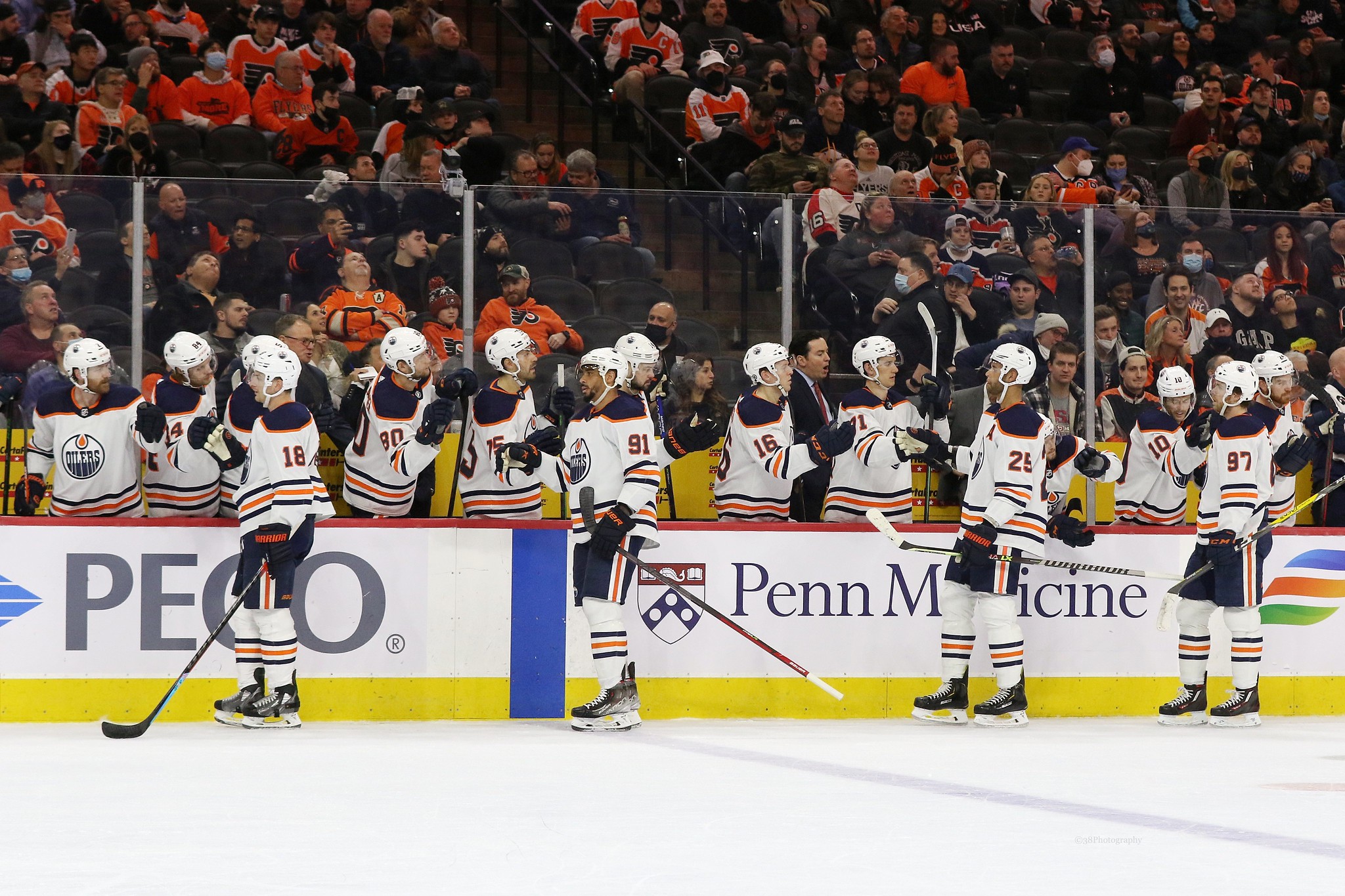 Fans of the Edmonton Oilers are hoping the 2022-23 season isn’t 2017-18 all over again. Remember back in 2016-17 when they took the Anaheim Ducks to Game 7 of their Western Conference semifinal only to lose 2-1 in the deciding game? Many thought that they were a team on the rise and would bounce back with an even better year in 2017-18. Well, it didn’t materialize mainly due to a lack of focus. And this season’s version is reminding fans a bit of that team from five years ago when Todd McLellan was the head coach, Oscar Klefbom was healthy, Cam Talbot was the starting goalie and Pat Maroon was skating on Connor McDavid’s left side.

This version of the Oilers don’t seem to be focused and are losing games because of mental breakdowns. This current group isn’t the same as the 2017-18 team are they? It’s hard to tell sometimes as they approach the 20-game mark of the 2022-23 season. They are more skilled than they were back then (with the possible exception of missing Klefbom) and they are more experienced and more seasoned, so why are they hovering at close to .500 and barely hanging on to a playoff position at the first quarter point of the season? Many were expecting them to be one of the top teams in the Western Conference, and so far you’d have to admit they are underachieving.

Could it be that they need to sharpen their mental focus and maybe play as more of a team, rather than expect miracles on a nightly basis from McDavid, Leon Draisatil, Stuart Skinner, or Jack Campbell? Zach Hyman definitely is one player who seems focused and ready to go on a daily basis. Maybe he could share some of his passion with others on the team, who look like they need some sort of motivation to get things going.

Expectations are Always High in Edmonton

Edmonton is a passionate, hockey-centric city with a rich legacy of NHL excellence. The stories of Wayne Gretzky, Mark Messier, Grant Fuhr, and Jari Kurri are legendary and seem to grow even larger as the years go by. They were certainly one of the greatest teams in NHL history. That Oilers team from 1983 to 1990 not only knew how to win in the regular season, they instinctively were able to ratchet up the energy, skill, and passion in the playoffs which led to so much euphoria for the fans and the organization.

How come this version of the Oilers, with two of the greatest hockey players in the world in McDavid and Draisaitl, can’t seem to inspire the same confidence? Do they need to take a page out of the movie “The Natural” starring Robert Redford and hire a team shrink, even just to help them get off to better starts?

It might not hurt as the Oilers have been badly outplayed in the first period in the last few games. The shots on goal against the Tampa Bay Lightning on Nov. 8 were 11-1 for Tampa in the opening 10 minutes. In their 4-2 victory over the Florida Panthers on Nov. 12, the shots were 11-0 for Florida through nine minutes. And in their most recent loss to the Los Angeles Kings on Nov. 16, the shots were 12-2 for the Kings through the first 13 minutes. They can’t keep playing catch-up and hope for come-from-behind victories all season because that will wear on them to the point where they may not have anything left in the tank for the stretch run to the playoffs.

The glory days of the Oilers are a distant memory. For decades after the Stanley Cup wins, they took on the label of being the small franchise that could. Before the introduction of the league-wide salary cap, they would hover in contention and would sometimes sneak into the playoffs and play David to other rich franchises’ Goliath. Those were the days of Curtis Joseph, Doug Weight, and Ryan Smyth when playoff upsets could be expected.

Even post-salary cap the Oilers seemed to have an underdog mentality, especially when Chris Pronger and Dwayne Roloson took the fans on a magical run to Game 7 of the Stanley Final in 2006. After a decade of darkness, and a bit more consistency under general manager Ken Holland, why can’t they seem to lift their game to the heights that many fans and pundits hope and expect? That’s the universal question in Oil Country. Someone out there must have an answer. Do you?