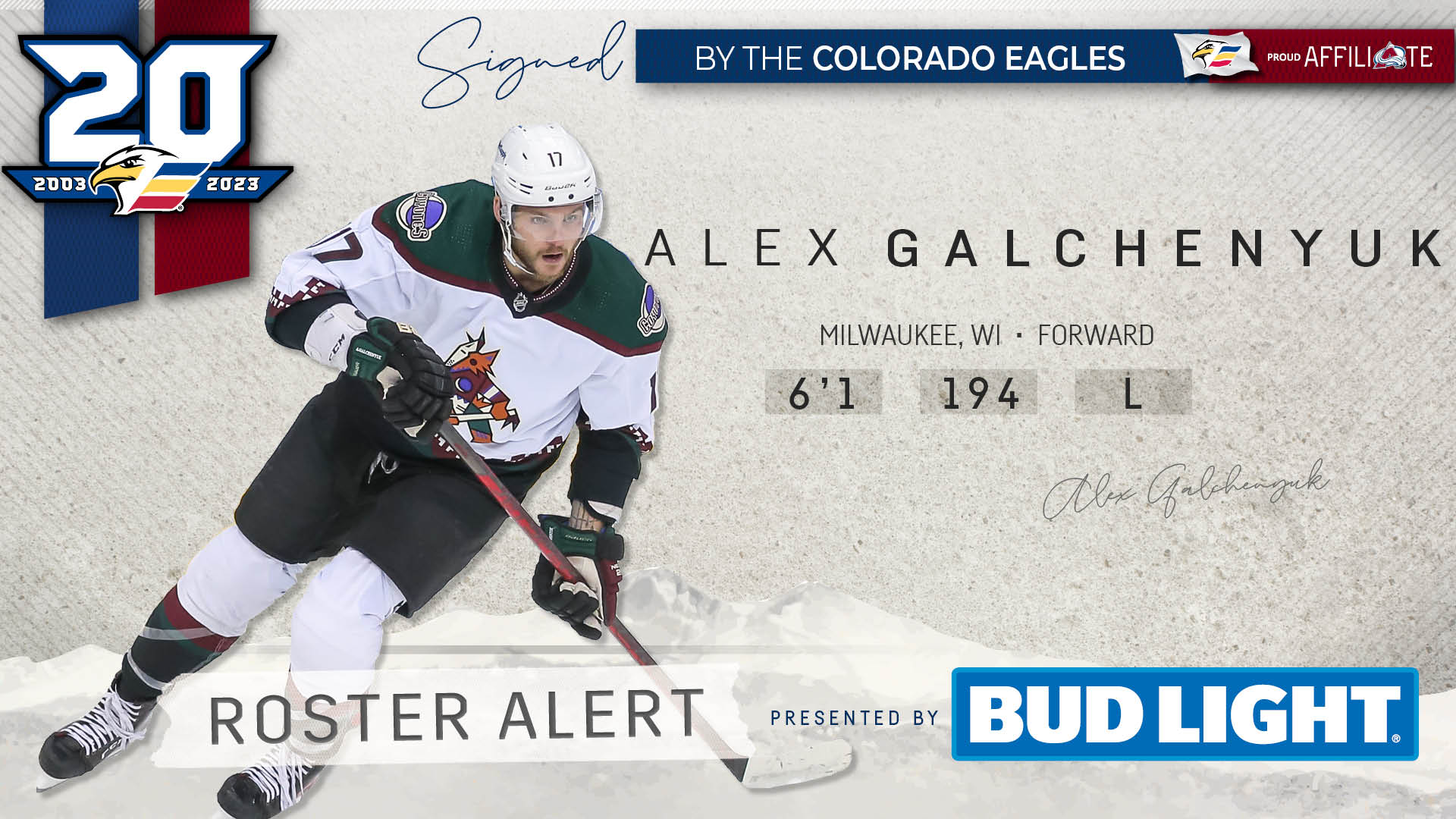 WINDSOR, CO. – The Colorado Eagles, proud affiliate of the Colorado Avalanche, have announced that the team has signed forward Alex Galchenyuk to a professional tryout agreement. Selected by the Montreal Canadiens with the third overall pick in the 2012 NHL Entry Draft, Galchenyuk has posted 146 goals and 208 assists in 643 career NHL contests with the Canadiens, Toronto Maple Leafs, Arizona Coyotes, Ottawa Senators, Minnesota Wild and Pittsburgh Penguins.

The 6-foot-1, 195-pound center notched a career-high 30 goals and 56 points with Montreal during the 2015-16 campaign and has netted at least 17 goals on six different occasions. Galchenyuk spent the 2021-22 season with the Coyotes, collecting six goals and 15 assists. The 28-year-old also appeared in six AHL games with the Toronto Marlies in the 2020-21 season, posting two goals and six assists in that time.

The Eagles will be back in action when they travel to take on the San Jose Barracuda on Saturday, November 12th at 7:00pm MT at Tech CU Arena in San Jose, California. Tickets for all regular season games are on sale now and start at just $21. You can find more information on ticket packages, theme tickets, and promotional nights, by visiting ColoradoEagles.com or by calling the ticket department at (970) 686-7468.