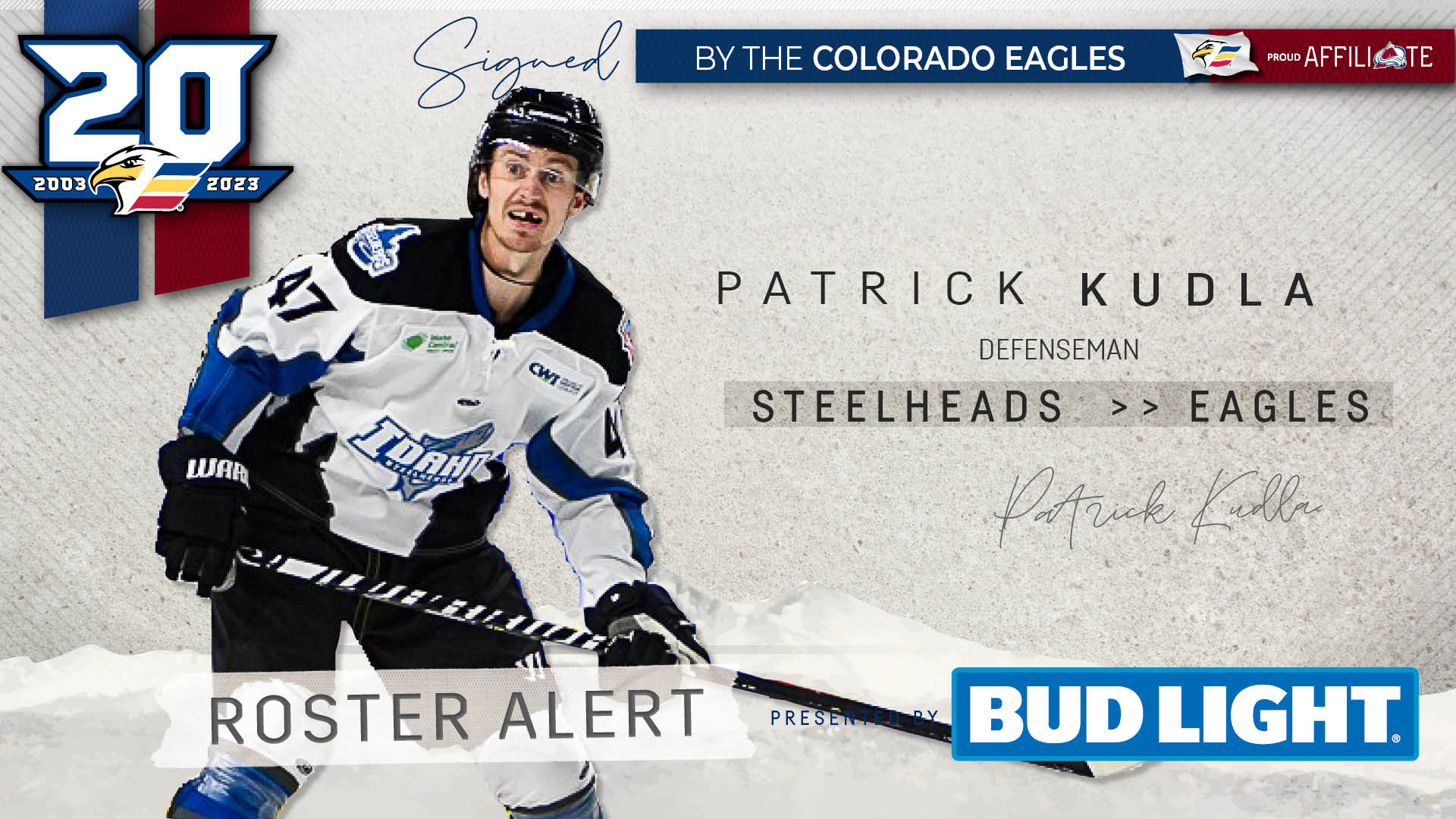 WINDSOR, CO. – The Colorado Eagles, proud AHL affiliate of the Colorado Avalanche, have announced that the team has signed defenseman Patrick Kudla to a professional tryout agreement. Kudla joins the Eagles after generating six goals and 23 assists in 33 games this season with the ECHL’s Idaho Steelheads.

A sixth-round pick of the Arizona Coyotes in 2016 NHL Entry Draft, Kudla spent the previous four seasons playing professionally in Slovakia and the Czech Republic. The 6-foot-3, 180-pound blueliner collected five goals and seven assists in 62 total games with HC Litvinov of the Tipsport Extraliga and added nine goals and 39 assists in 104 contests in the Tipos Extraliga with HC Dukla Trencin and HC Nove Zamky.