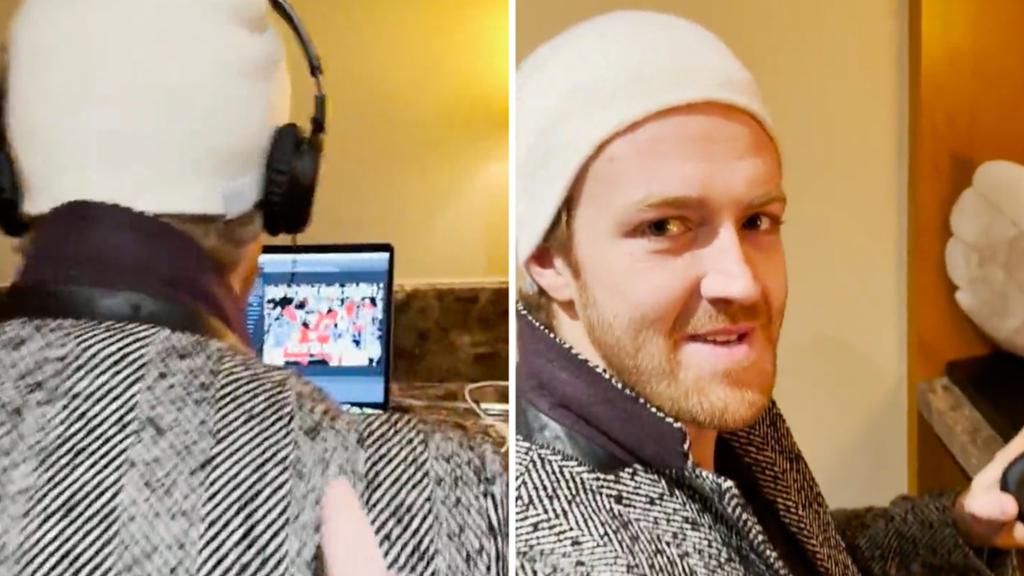 New Jersey had fun responding to a fan’s tweet that their Twitter admin should be revealed if they won 10 games in a row.

The Devils replied to the tweet with a video of a coworker looking for the admin in the office. The coworker is pointed towards an office which reveals Hamilton making “fire memes” at a computer.

On Tuesday, the Devils won their 10th straight game after defeating the Montreal Canadiens 5-1.

Now the fans know what Hamilton is up to on the bench in between shifts.

Hopefully, the defenseman gets a raise soon.