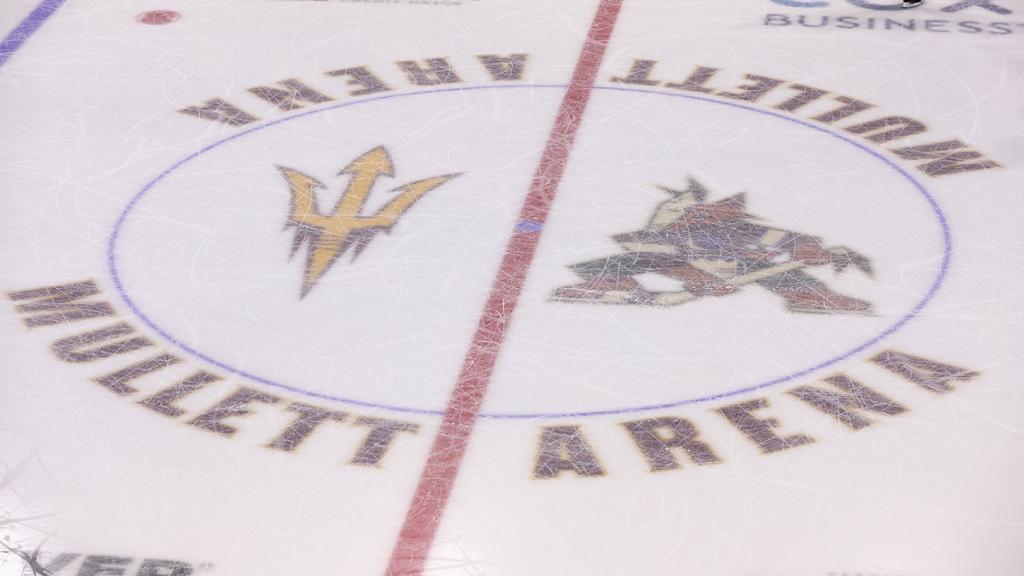 “We’ve been as committed to this community as any major league sports league could be,” Commissioner Bettman said, calling the $2.1 billion arena-entertainment district project “a win-win for the community.”

“We’re very enthused about the prospects for the Tempe entertainment district. Obviously, the Coyotes need a new arena, and (team owner) Alex Meruelo’s commitment to this franchise and to Arizona has been unwavering. We want to make clear the League support for the franchise.”

The project was first proposed in September 2021 and includes a 16,000-seat arena, a practice rink, two hotels, retail shops, 1,600 apartments, a theater and a sportsbook. The Coyotes estimate the entertainment district would generate more than $150 million in revenue for Tempe over 30 years.

The Tempe city council voted 7-0 on Nov. 10 to allow residents to vote on the project during a special election on May 16, 2023, if a sufficient number of signatures are generated requesting the referendum.

Before the special election can be held, the council needed to approve a development and disposition agreement (DDA), a general plan amendment and a zoning amendment, which were taken up at the meeting Tuesday.

A development and disposition agreement includes the specific elements of a proposed development, including all commitments between the city and the developer.

“This was a great night,” Coyotes president and CEO Xavier Gutierrez said. “The Arizona Coyotes and the Meruelo family are deeply thankful to the Tempe City Council for their unanimous support and cannot wait to move forward on this transformational development. The Tempe Entertainment District will be a huge win for this community, and we have no doubt that Tempe voters will agree. Our project will turn a landfill into a landmark.”

Commissioner Bettman endorsed a public vote, saying, “We’re very respectful of the process, and we believe when people understand the merits of this project, it’ll get widespread support.”

Commissioner Bettman and Deputy Commissioner Bill Daly flew in from New York to emphasize the NHL’s support for the arena in Phoenix’s East Valley, close to the team’s fan base and a majority of the metro area’s 5 million residents.

The Coyotes would invest $2.1 billion in private funds for the arena project “without raising taxes or using current city revenues by issuing public infrastructure bonds sold to private investors,” according to the proposal.

The Coyotes are currently playing at Mullett Arena, a 5,000-seat facility on Arizona State University’s campus as they await the new arena, which would be located about a mile away on a tract of land just west of downtown Tempe.

The 46-acre site has been used as a trash dump and would require remediation before construction could begin.

Commissioner Bettman told the council that Arizona would get an NHL Draft and NHL All-Star Game, and that the team would be held to a 30-year, no-relocation term.