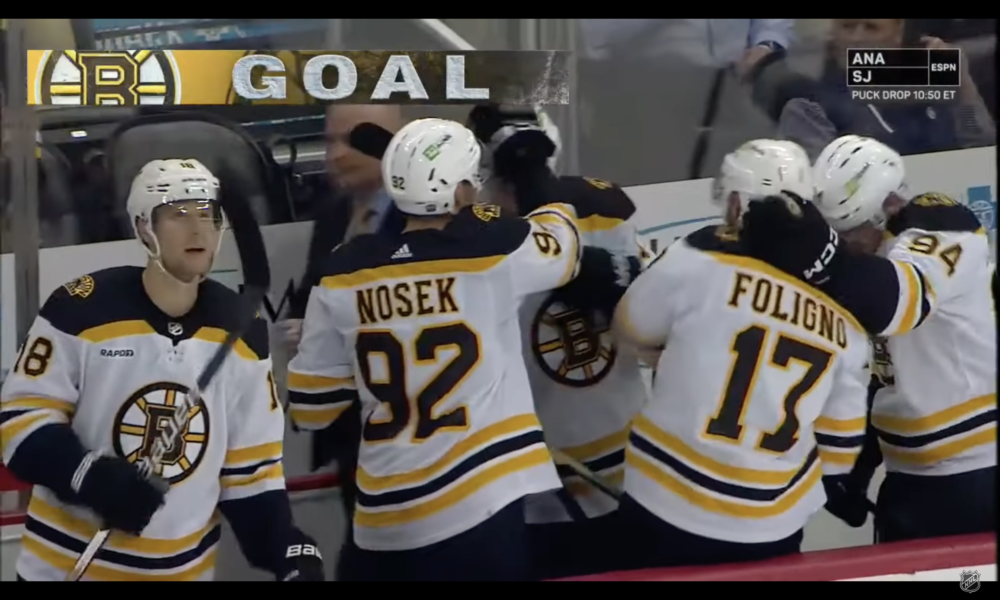 No matter what happens with the 2022-23 Boston Bruins this season, no one can question their resilience after an improbable comeback from a 5-2 deficit in a 6-5 overtime win over the Pittsburgh Penguins Tuesday night.

Did that just happen? Did the Boston Bruins just stage an amazing three-goal comeback over Sidney Crosby and the Pittsburgh Penguins? Yes they did, and they did so under some crazy circumstances. Defenseman Hampus Lindholm was the hero with a four-point (1g, 3a), outing and the overtime winner.

The memorable comeback against the Penguins unfortunately came with a cost. Defenseman Derek Forbort and then goalie Jeremy Swayman were both forced to leave the game with injuries and did not return.

The Boston Bruins were actually already down a man when the puck dropped in Pittsburgh as winger Craig Smith was ruled out with an upper-body injury after the morning skate.

Speaking of Smith, he and defenseman Mike Reilly are once again common names in NHL trade chatter as the Bruins begin to secure a way to clear cap space for Charlie McAvoy’s pending return. Of course, if Forbort is out long-term, the Bruins may just hold onto Reilly.

After his goal on Tuesday night, Boston Bruins winger Brad Marchand now has three goals and an assist in his first two games back after missing the first eight games of the season. According to head coach Jim Montgomery, that’s because he has the heart of a lion.

NYI: After a rough start to their season, the New York Islanders have now won four straight games.

PGH: Here’s the Pittsburgh Penguins perspective of their fifth-straight loss from our buddies at Pittsburgh Hockey Now.

PHI: They didn’t get the win but Carter Hart and the Philadelphia Flyers continued to be one of the NHL’s early surprises in a 1-0 overtime loss to the New York Rangers on Tuesday.

WSH: The Washington Capitals continued to be plagued by injuries and fell 3-2 in overtime to the Vegas Golden Knights on Tuesday.

DAL: The powerplay was the difference for the Dallas Stars in a 5-2 win over the Los Angeles Kings on Tuesday night.

COL: Valeri Nichushkin was back at Colorado Avalanche practice Tuesday in Finland as they prepare for their games against the Columbus Blue Jackets there this weekend.

VGK: Jack Eichel continued to be the MVP for the Vegas Golden Knights in their 3-2 overtime win over the Capitals on Tuesday night.

SJS: Who will emerge as the No. 1 goalie for the San Jose Sharks this season?

MTL: The Cole Caufield-Nick Suzuki-Kirby Dach line continued to impress for the Montreal Canadiens but they lost 4-1 to the Minnesota Wild on Tuesday night.

CGY: The Calgary Flames have suddenly become a sloppy team and it led to a 5-4 loss to the Seattle Kraken on Tuesday night.