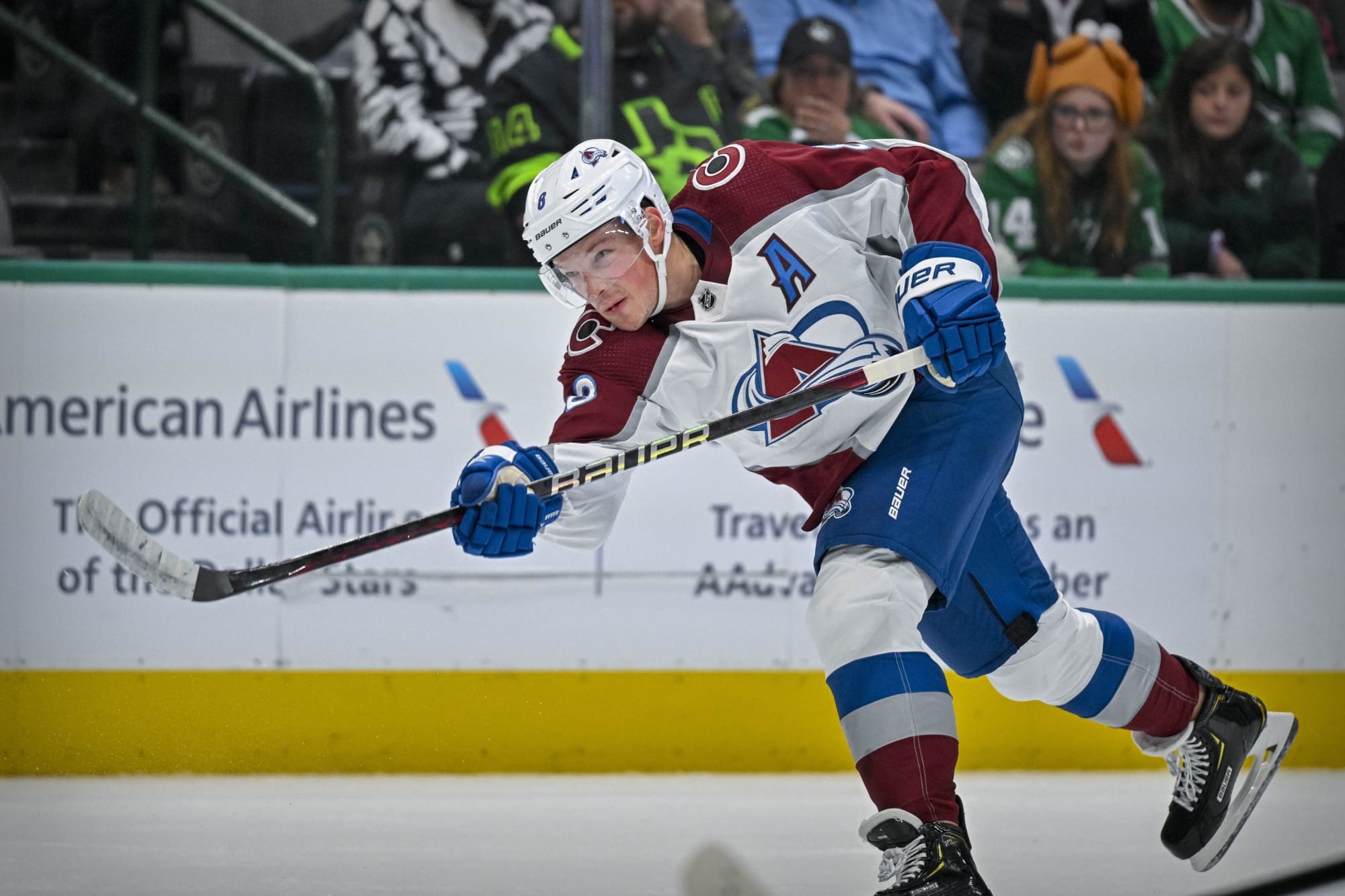 Raise your hand if you’ve heard this one before: colorado Avalanche star defenseman Cale Makar is a true star. He’s not a star “in the making.” He’s already there. On Monday evening against the Dallas Stars, he helped his cause for being named the top defenseman in the entire NHL.

Makar, just 23-years old, has hit the 200-point mark for his career following the only goal scored in the first period against the Dallas Stars. He is the fastest defenseman to accomplish this feat.

The 4th-overall pick in the 2017 NHL Draft, Makar now has five goals and 15 assists this season. He got off to a somewhat slow start this season in terms of goals, but at the end of the day, he has done enough to help this team win games.

It’s truly remarkable to watch Makar dominate with the puck. The pairing of him alongside Nathan MacKinnon is a sight to see. Though Makar went four games this season without recording a point, he still ranks fourth in the NHL for defensemen in terms of goals scored, trailing Erik Karlsson, Adam Fox, and Rasmus Dahlin.

What’s truly scary is that the Colorado Avalanche are not a full strength. With Gabriel Landeskog out, the Avalanche are missing a huge offensive piece. It puts into perspective how much of an impact Makar is making for this team.

It will be amazing to see if Cale Makar can keep up this pace he is on. He could potentially add another trophy to his trophy case by the end of the season. He, of course, shrugged off the accomplishment, siting the team effort but at the end of the day, he should celebrate because he’s a huge difference maker for the Colorado Avalanche.