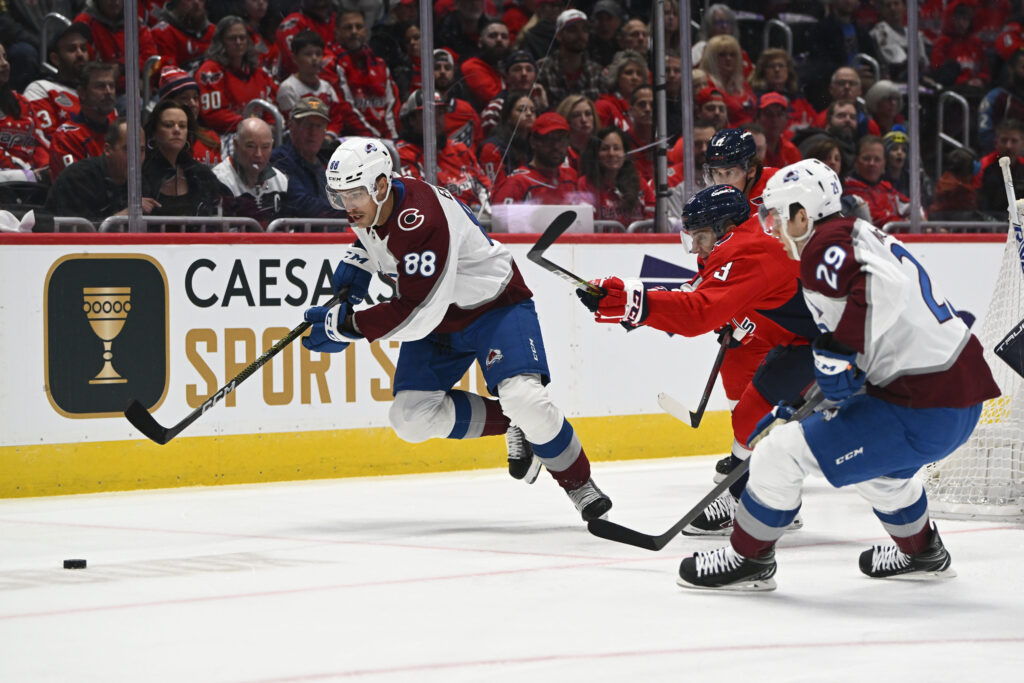 The Colorado Avalanche have recalled defenseman Andreas Englund from their AHL affiliate, the Colorado Eagles. The news was first reported by Colorado Hockey Now’s Adrian Dater.

The recall comes after blueliner Josh Manson missed the third period of yesterday’s game with an undisclosed injury.

The 26-year-old Englund has played in four NHL games for Colorado this season and has played in 37 total NHL games in his career. Englund, a former Ottawa Senator, has spent most of this year so far with AHL Colorado. There, he has three points and 47 penalty minutes in 15 games.

Englund is a 2014 second-round pick who has settled into a role as a minutes-eating, physical AHL defenseman who sits closer to the top of his team’s list in terms of first call-ups in the case of injury trouble.

After not playing at all during the 2020-21 season, Englund re-established himself in North America after being non-tendered by the Senators thanks to his performance with the Eagles.

He earned a one-year two-way NHL contract this past summer and will look to provide the Avalanche with steady play as they await additional news on Manson’s status.