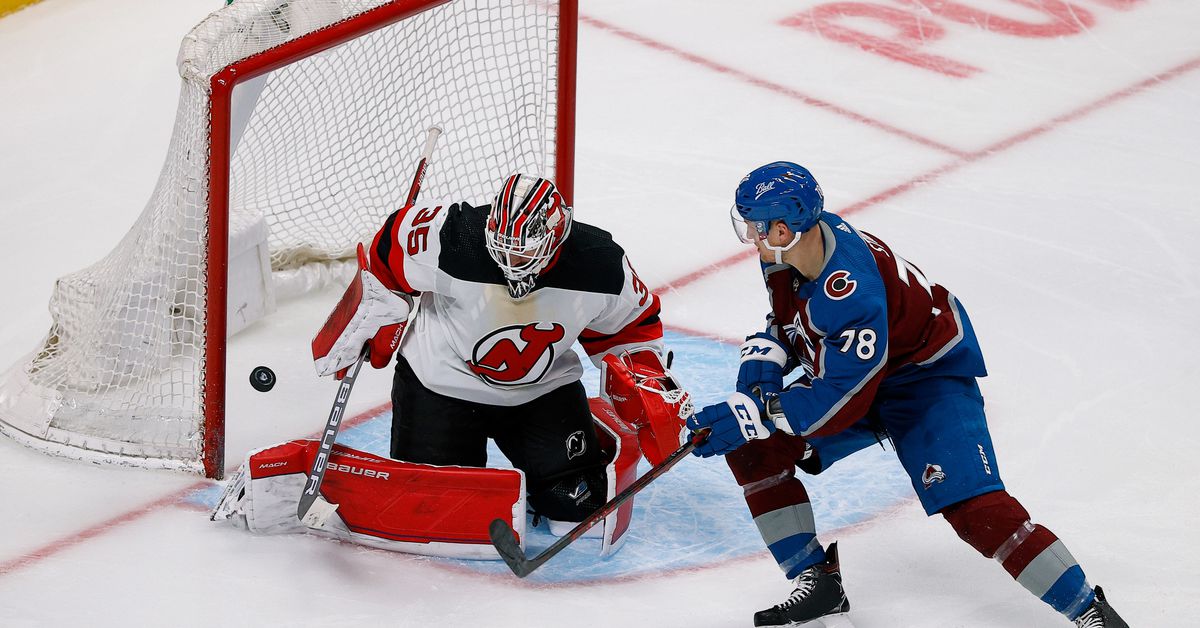 The Colorado Avalanche continues a tour of the east coast with a visit to the Prudential Center to take on the New Jersey Devils. New Jersey and Colorado have gotten off to similar starts this season, with some quality wins and a couple of disappointing losses, driven primarily by strong offensive contributions from their defense and strong play from their top-end forwards. Colorado’s superior goaltending should make a big difference in this game, though New Jersey’s dynamic young offensive weapons will likely make the Devils a tougher conquest than they have been in years past.

Injury news struck again this morning, as Valeri Nichushkin is now day-to-day with a Lower Body Injury and will miss tonight’s contest. That leaves Colorado with a productive top line, but very little behind them on the scoresheet thus far this season. The middle six forward group, led by Alex Newhook and Evan Rodrigues, should take Nichushkin’s absence as an opportunity to step up and contribute.

Defensively, Devon Toews returned from a one-game absence last game in New York and looked like his normal self. With the Avs’ phenomenal group of six defensemen intact, New Jersey will be hard-pressed to make life difficult for goaltender Alexandar Georgiev, who delighted in beating his former team in an impressive shootout victory Tuesday night.

After a tough season last year mostly without young star Jack Hughes, the Devils have gotten off to a strong start despite a continuation of last season’s goalie woes. MacKenzie Blackwood, once a rising star in the mix for the Canadian national team, has maintained a sub-.900 save percentage for several years now and did not seem to be a long-term or short-term answer in net for a team with playoff aspirations – until last week.

But even with that stellar week under his belt, Blackwood’s save percentage for the season is still just .871. So is he back? Or is this just a good week? The answer will likely determine whether or not this Devils team can make a push for an Eastern Conference Playoff spot.

In front of him, the Devils’ leading point scorer is winger Jesper Bratt, who has been dishing out assists to anyone on the ice with him to the tune of 12 points in 7 games. Jack Hughes has been surprisingly quiet thus far, but Bratt, Nico Hischier, and defenseman Dougie Hamilton have done enough to propel the Devils to their strong start.