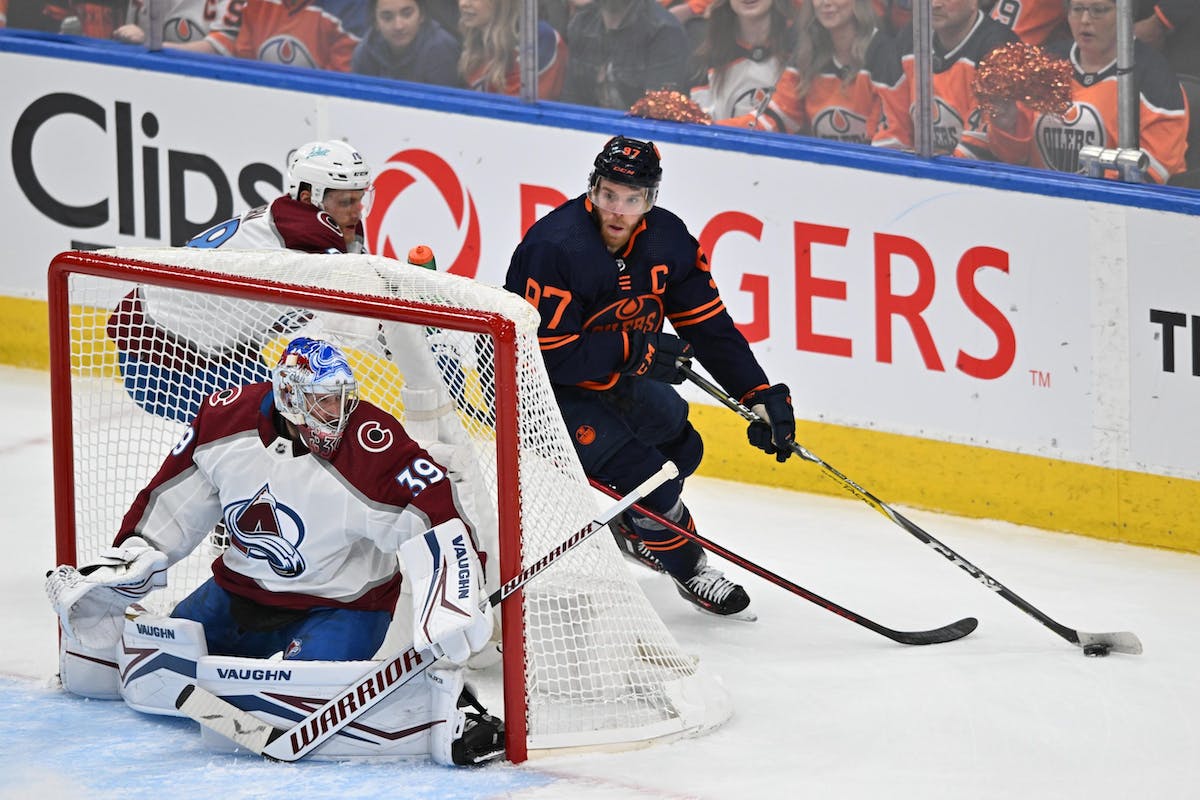 Is this thing on?

Friend of us all Cam Lewis typically takes care of these bad boys on the weekend, but I’m pinch-hitting for a games notes article for the first time ever. Should be a fun matchup tonight as the Oilers and Avalanche will meet for the first time since game four of the Western Conference finals last season.

That was a stacked Avalanche squad that rolled the league en route to a Stanley Cup title, but things look different this year.

Let’s dive into it.

1) The Avalanche have been one of the most injured teams in the league this year. They’ve lost 220-man games to injury this season. On the injured reserve rest Gabriel Landeskog, Josh Manson and Bowen Byram, while Valeri Nichuskin and goaltender Pavel Francouz nurse injuries. Evan Rodrigues is day-to-day.

2) Colorado has lost a season-high five straight games and hasn’t dropped six straight since 2018-19. This has been far from the season they expected clearly dealing with a Stanley Cup hangover, so to speak. They sit three points back of the Oilers for the second wild card spot and five points back of the third-place spot in the Central Division.

3) Mikko Rantanen has managed to stay among the healthiest Avs this year and has been electric. He’s scored 26 goals and 49 points in 37 games. He’s accounted for 24.5 percent of their goals this season, the highest percentage of team’s goals scored in the entire NHL. Connor McDavid trails behind him with 23.2 percent.

6) Jesse Puljujarvi is set to play in his 300th NHL game tonight as Ryan Nugent-Hopkins needs one point to tie Doug Weight for ninth-most in NHL history. Nugent-Hopkins enters the game with 576 points.

7) The jury is still out as to what kept Warren Foegele out of the lineup against the New York Islanders. Some say he was banged up, while there’s also a belief he could’ve played. Wherever the truth lies, the Oilers ran 11/7 against the Islanders and it worked to a tee. Edmonton hasn’t deployed it much this season whereas last year it was quite common under Jay Woodcroft.

8) No lineup decisions have been made at this point, but I would like to see the Oilers go back to 11/7. It allows the forwards some more ice time, and takes some of the pressure off the defencemen. What we do know is that Stuart Skinner will be getting the start, which makes sense given the way he’s performed through his 24 appearances so far.

Zach Laing is the Nation Network’s news director and senior columnist. He can be followed on Twitter at @zjlaing, or reached by email at [email protected]