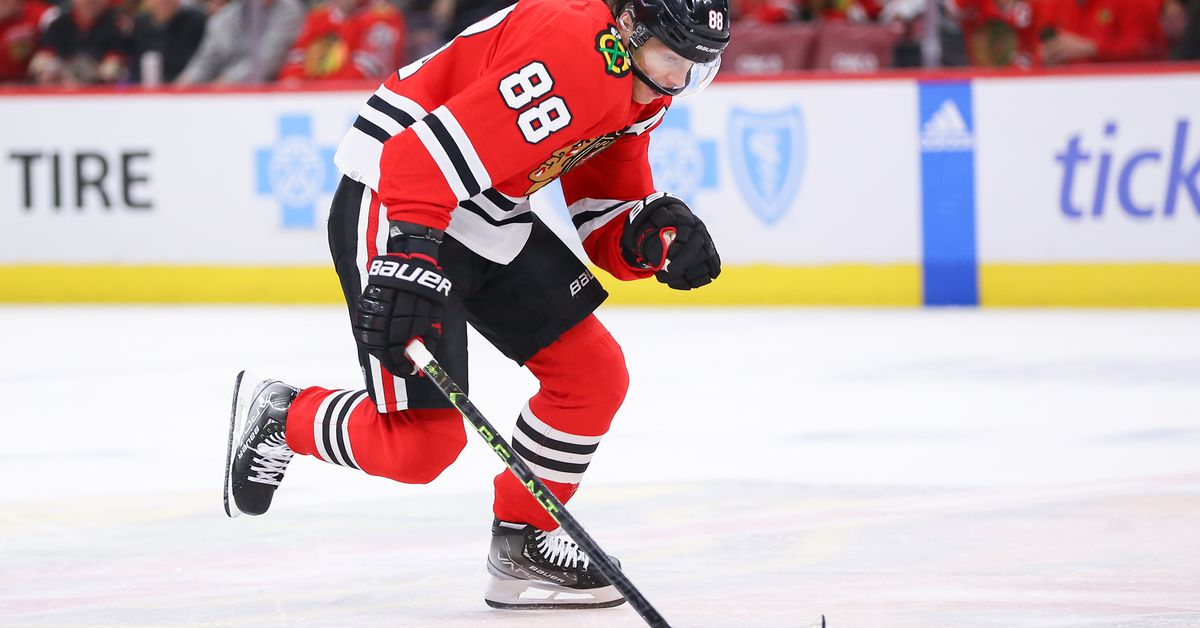 Patrick Kane took the ice for morning skate on Thursday. However, a lower-body injury will keep him from dressing for the Chicago Blackhawks home game against the Colorado Avalanche.

The good news, though, is that it sounds like the team expects Kane to return to the lineup on Saturday against the Seattle Kraken:

The Blackhawks are going to retroactively place him on IR so they can take Entwistle off, but Kane will still be eligible to play Saturday vs. Seattle, and it sounds like he most likely WILL return in that game.

While it’s not the same injury as he’s dealt with in the past, Kane’s current injury may be related to those prior issues. The team has taken extra precaution with their decision on the right time to re-insert Kane back into the mix.

Kane said the injury isn’t exactly the same as the one (believed to be his hip) that’s been nagging him since the 2021 season, but it’s related, “around that area.” He’s hopeful it’ll heal fully and that it’s not something that’ll just have to be managed the rest of his career.

On a brighter note, rookie Lukas Reichel will skate on the top line alongside Max Domi and Phil Kurashev, getting another opportunity to show off his skill set in front of the Blackhawks faithful. MacKenzie Entwistle has also been activated from injured reserve and will slot back into the lineup as well. Also, as expected, Petr Mrazek will get the start in net.

Blackhawks lines in morning skate before hosting Avalanche tonight. Kane is on the ice but just rotating in.

Blackhawks coach Luke Richardson also announced that Ian Mitchell will be a healthy scratch. In vague terms, it sounds like he was not thrilled with Mitchell’s showing during the Hawks’ last two victories:

Richardson on scratching Ian Mitchell tonight: “It was time. Even though we won our last two games, there were a couple of incidents. He starts to scramble a little bit defensively.”

Although Colorado’s lineup will feature star forward Nathan MacKinnon, they are still without a good chunk of their normal roster. Defenseman Bowen Byram has been out with an undisclosed injury since Nov 8. Captain Gabriel Landeskog has been recovering from knee surgery and still has yet to play this season. Josh Manson, Denis Malgin, Valeri Nichushkin and Pavel Francouz have all missed time with more minor injuries. This Avalanche team is very banged up heading into Thursday night’s game at the United Center.