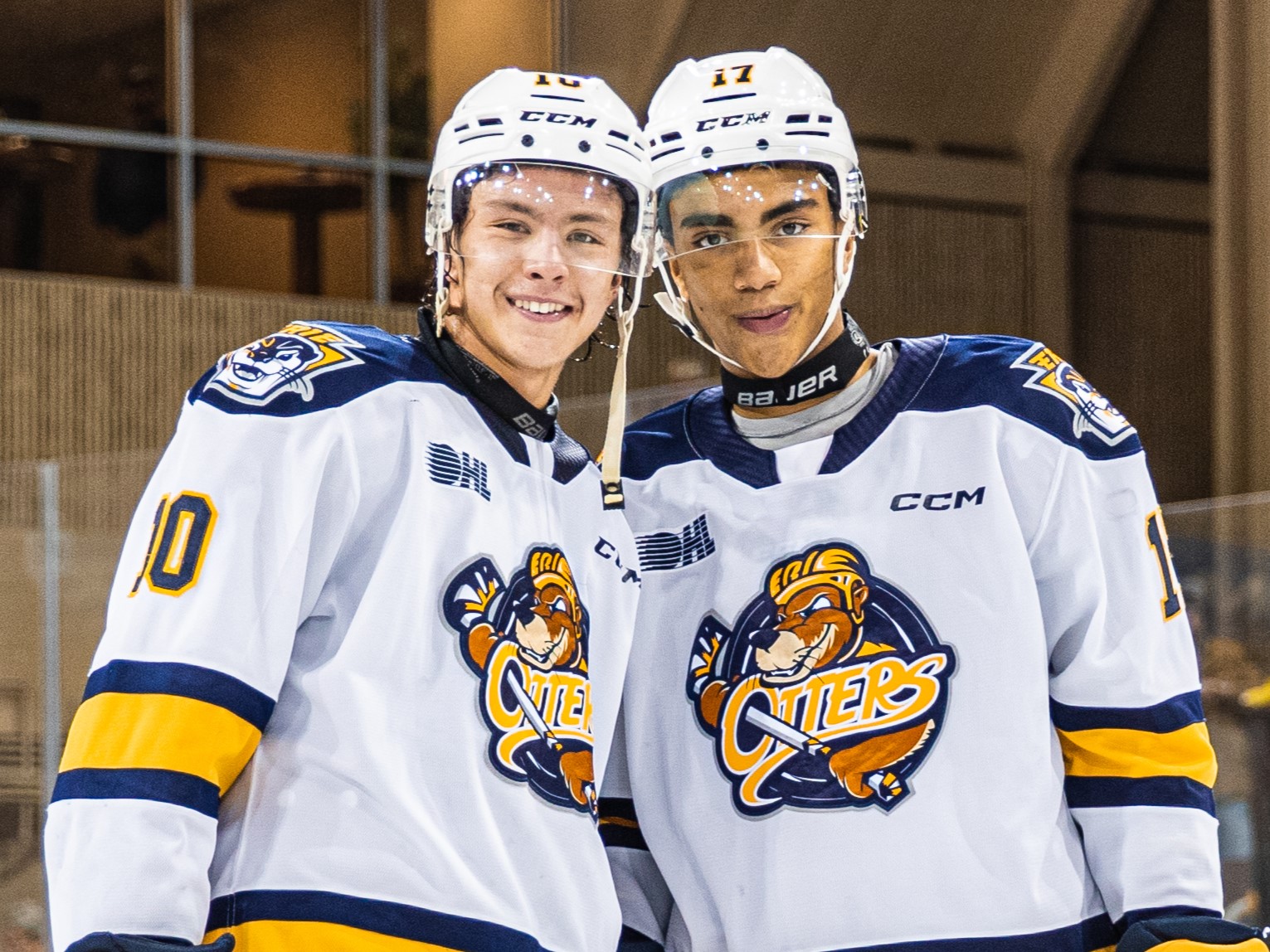 You’ve made it through another long week. Welcome back to Erie Otters Weekly. This is our weekly look inside the Otters’ locker room with a look back at past games, a look ahead to upcoming games and a story of note.

This week, one Otter was recognized by NHL Central Scouting. We’ll discuss him and then get you set for a big three-in-three weekend including their first look of the new season of a couple familiar opponents.

Otters’ forward and alternate captain Carey Terrance was recognized this week by NHL Central Scouting as a player to watch for the 2023 NHL Draft. He was among 47 players from the OHL including 25 forwards that got this honor. In his second season with the Otters, it’s clear that he is finding his footing in the OHL.

Early in his draft season, Terrance is playing in a lot of important situations. He has played in the top-six while being an important contributor on the Otters’ penalty kill unit. Their PK comes into the weekend first overall at 92.1% success rate, allowing just three goals in 38 shorthanded situations.

Terrance is also finding some offensive success as well, contributing a line of 2-3-5 in 10 games to start out. He has been lining up on the top line in recent games playing with Elias Cohen and rookie Malcolm Spence. The speed and overall game he brings has him in the conversation to go as high as the second or third round in the upcoming draft.

Terrance also has international experience under his belt, suiting up for Team USA at the most recent Hlinka-Gretzky Cup. He scored a goal and added two helpers in his four appearances. He will be a sought after player come draft day given he’s already one of the best skaters the OHL has.

The Otters are coming off a successful weekend in which they were able to split a pair of games with the top-ranked team in the OHL in the Owen Sound Attack. The Attack took the first game 5-1 thanks to Matthew Papais’ three-point game while goaltender Nick Chenard stopped 33/34 Otters’ shots.

But in game two, despite falling down 1-0 early, the Otters scored three unanswered goals by Spencer Sova, Brett Bressette and Liam Gilmartin to take the second game by a 3-1 score. The win puts the Otters at 4-4-2 overall this season. The win puts them second in the Midwest Division just two points behind the Attack for first.

Here’s coach B.J. Adams on the win: “I thought we were really good tonight. We competed really hard. We did things that we needed to do to win this hockey game especially 5-on-5.”

Otters Staring at 3-in-3 Weekend

The Otters will play three games this weekend starting in Kitchener and then ending with them hosting the Kitchener Rangers. In-between that is a home date with the Windsor Spitfires.

The big story on the Rangers is the presence of Montreal Canadiens’ prospect Filip Mesar. He was just assigned to the Rangers and is already making an impact. His line along with Francesco Pinelli and Carson Rehkopf have dominated in the three games since Mesar’s arrival.

Mesar tallied a goal and three assists in his debut against Sudbury. He then added two goals in Guelph and added an assist in his third game giving him seven points in three games. For the Otters to have success, they must find a way to slow this super line down.

Meanwhile in Windsor, the Spitfires are getting balanced scoring early on led by Matthew Maggio and Ryan Abraham’s 12 points apiece. Oliver Peer has added 5-5-10 and already has more points this season in nine games than he had in 50 games last season. Alex Christopoulos leads the Spitfires with seven goals.

The Spitfires have also not lost in regulation yet, going 6-0-3 in their first nine games. Our Dave Jewell gets you caught up on the rest of what’s going on with the Spitfires.

This set of three games will provide a good barometer of where the Otters stand. They have a chance to claim first place in their division should they get favorable outcomes in their games.