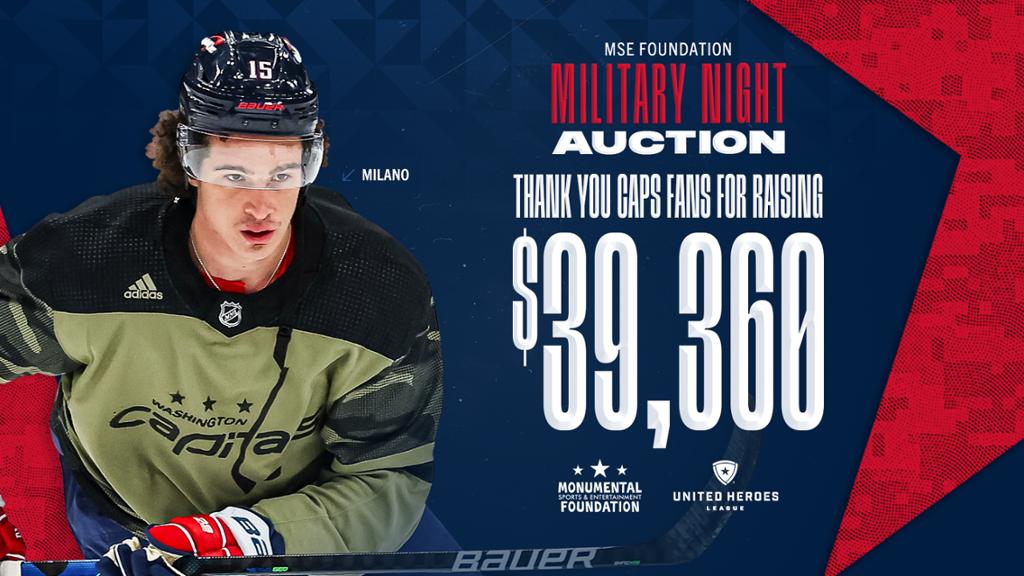 Auction items included autographed military-themed jerseys that were worn by players during the Nov. 11 pregame skate and autographed camouflage pucks.

The Capitals honored former service members during the Veterans Day game presented by LiUNA on Nov. 11 when they hosted the Tampa Bay Lightning at Capital One Arena.

MSE Foundation is committed to making the Greater Washington region a better place for all by supporting game-changing solutions for the community. Learn more at MonumentalFoundation.org and follow MSE Foundation on Twitter and Instagram.