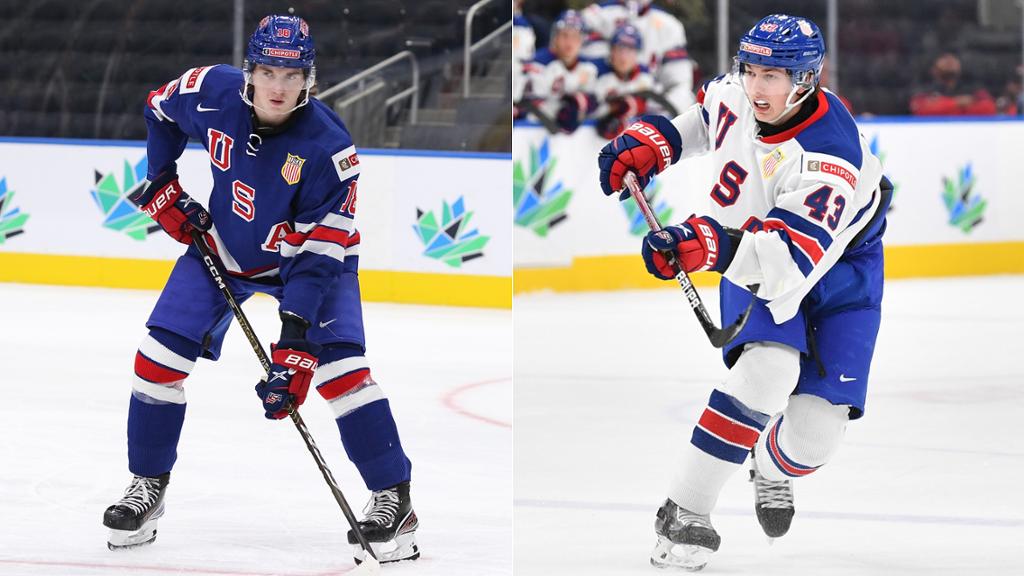 Bedard, the projected No. 1 pick, is one of 10 returning players for Canada. The 17-year-old center had eight points (four goals, four assists) in seven games to help it win gold in the 2022 WJC. Fantilli is a freshman at the University of Michigan. The 18-year-old forward has 26 points (11 goals, 15 assists) in 16 games.

The 2023 WJC will be held in Moncton and Halifax, Nova Scotia, from Dec. 26 to Jan. 5. Group A consists of Canada, along with Sweden, Czechia, Germany and Austria at Scotiabank Centre in Halifax. The United States, which finished fifth in the 2022 WJC, will participate in Group B with Finland, Switzerland, Slovakia and Latvia at Avenir Centre.

The U.S. camp, which will include 18 forwards, 10 defensemen and four goalies, will be held at USA Hockey Arena in Plymouth, Michigan, from Dec. 12-17. The roster consists of players from 15 different states, led by Minnesota (five), Michigan (four), and Massachusetts, Pennsylvania and Illinois (three each).

Among the first-round selections at U.S. camp are Logan Cooley, a freshman at the University of Minnesota chosen No. 3 by the Arizona Coyotes in the 2022 NHL Draft, and defenseman Luke Hughes, selected No. 4 by the New Jersey Devils in the 2021 NHL Draft. Hughes, a sophomore at the University of Michigan, has 17 points (three goals, 14 assists) in 18 games. He’s the younger brother of Devils forward Jack Hughes and Vancouver Canucks defenseman Quinn Hughes. Other first-round selections invited to camp are forwards Tyler Boucher (Ottawa Senators, No. 10, 2021), Cutter Gauthier (Philadelphia Flyers, No. 5, 2022), Chaz Lucius (Winnipeg Jets, No. 18, 2021), Rutger McGroarty (Winnipeg Jets, No. 14, 2022) and Jimmy Snuggerud (St. Louis Blues, No. 23, 2022).

Each country plays its first tournament game Dec. 26. The U.S. will play against Latvia at 4 p.m. ET at Avenir Centre, and Canada opens against Czechia at 6:30 p.m. ET at Scotiabank Centre.