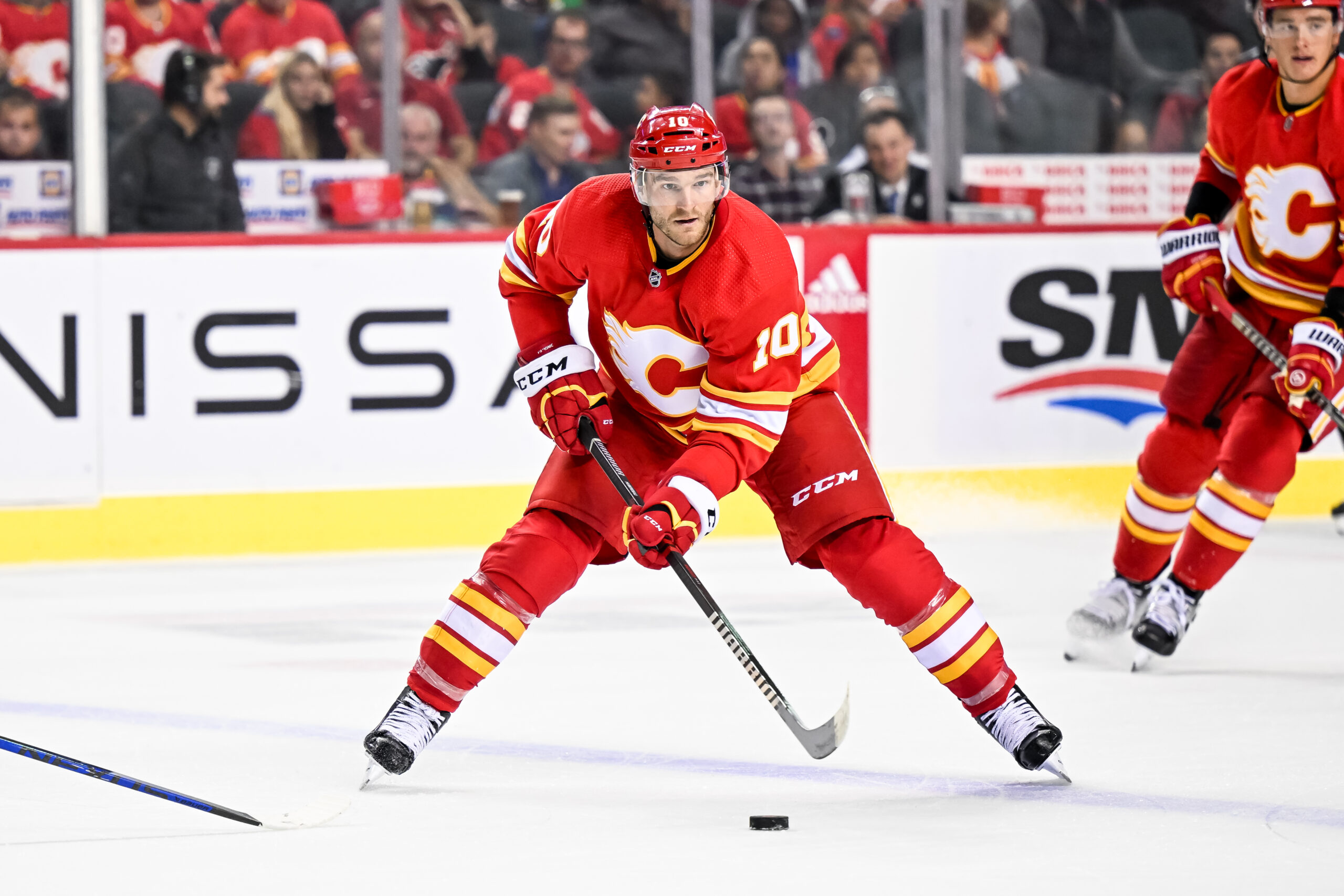 A fresh chapter headlined by Stanley Cup aspirations and playoff hopefuls is setting the stage for a storybook campaign. In this story, the underlying numbers provide insight on which storylines to buy and sell on in 2022-23. This segment will teach you not to judge a book by its cover as we dive into the top headlines of the young season. With that said, here’s what I’m buying and selling about the 2022-23 campaign.

The Jack Eichel trade has cost the Vegas Golden Knights more than just their top prospects, impact players, and high draft picks they shipped off. In addition, his hefty contract resulted in the departures of more key contributors this past offseason. The only compensation for the key losses of Evgenii Dadonov and Max Pacioretty is an aging Phill Kessel, who scored just eight goals last season. To make matters worse, their record of 15-14-1 with Eichel in the lineup was a major red flag with a predominantly healthy roster.

Bear in mind, that mark was before the departures of Dadonov and Pacioretty. I don’t mean to pour salt on a salary cap-constrained wound, but the Eichel trade did more immediate and long-term damage to this organization than meets the eye. In turn, the Golden Knights will be forced to hope for the best with a depleted farm system and bleak future. That’s one of the many reasons I am a hard sell on Eichel magically making them a Cup contender in light of their key losses.

The mirage spreading like wildfire around the league is that the Calgary Flames won’t miss a beat in the Pacific Division race. They’ve done an admirable job resuscitating what could have been a more disastrous offseason by acquiring Jonathan Huberdeau and MacKenzie Weegar via trade. Throw in the hefty signing of Nazem Kadri and you have competitive compensation for the losses of Matthew Tkachuk and Johnny Gaudreau.

Nevertheless, exchanging a 24-year-old cornerstone and another 100-point scorer for two aging stars coming off career years doesn’t make the Flames a better team. For starters, Kadri and Huberdeau’s ages are as much a risk as an asset following last season’s career highs.

The closest Kadri has come to producing at a point-per-game pace besides last season’s career-high of 87 was the 2016-17 season. That season, he posted 61 points across 82 games. As talented as Kadri is, he no longer has the likes of Nathan MacKinnon and Gabriel Landeskog to feed off of. To be quite frank, he just doesn’t have the same play-driving tools in Calgary. He will be counted on to carry the play for the first time in his career and how he responds could determine the Flames’ fate.

On the defensive side, Weegar certainly fills a dire need for offense from the backend. However, his third-most giveaways from last season were heavily concealed by a potent Panthers offense. Those defensive liabilities will be more noticeable in Calgary. All things considered, expect the Flames to take a slight step back from last season’s division-winning mark, barring a midseason trade for a top forward.

The Ottawa Senators Could Fight For A Playoff Spot in 2022-23: Buy

The additions of Claude Giroux and Alex DeBrincat to an already talented young forward corps give the Ottawa Senators hope in 2022. Couple that with the emergence of Josh Norris and Tim Stutzle centering the top two lines and you have the most competitive team the Senators have had in years. As in recent seasons, their key to success hinges on the development of their top prospects.

Consequentially, the growth of Shane Pinto and Drake Batherson will play key roles in deciding the Senators’ place in the standings. But a good mix of talented youth and veteran leadership suggests they’re primed to elevate their status. Ongoing trends in the right direction could bring them to the cusp of their first playoff appearance in six seasons.

Matthew Tkachuk Makes the Panthers the Team to Beat in the NHL: Buy

The Florida Panthers’ shortcomings were glaringly evident following last season’s disappointing playoff exit at the hands of the Tampa Bay Lightning. General manager, Bill Zito wasted no time addressing those needs by pulling the trigger on the blockbuster trade for Matthew Tkachuk’s services on July 22. His hard-nosed, high-tempo elements are exactly what the doctor ordered for this team to get over the hump.

They’ll expect Tkachuk’s rugged style of play to spread like a contagion throughout their lineup. If it does, we may see a scarier version of an already scary offense. One thing’s certain, the blockbuster acquisition sent a statement to the rest of the league — it’s Stanley Cup Champions or bust for this high-octane offense in 2022-23.

If there’s one thing preseason projections have taught us, it’s to expect the unexpected. Hockey has a funny way of changing everything we thought we knew at the midway point. That includes adding new plot twists to an already story-laden season. Stay tuned for further developments on what’s sure to be a spell-binding campaign.

A lifelong Sharks fan covering Sharks Hockey. Always diving beyond the numbers and behind the scenes to bring you the most accurate and in-depth news in Teal.