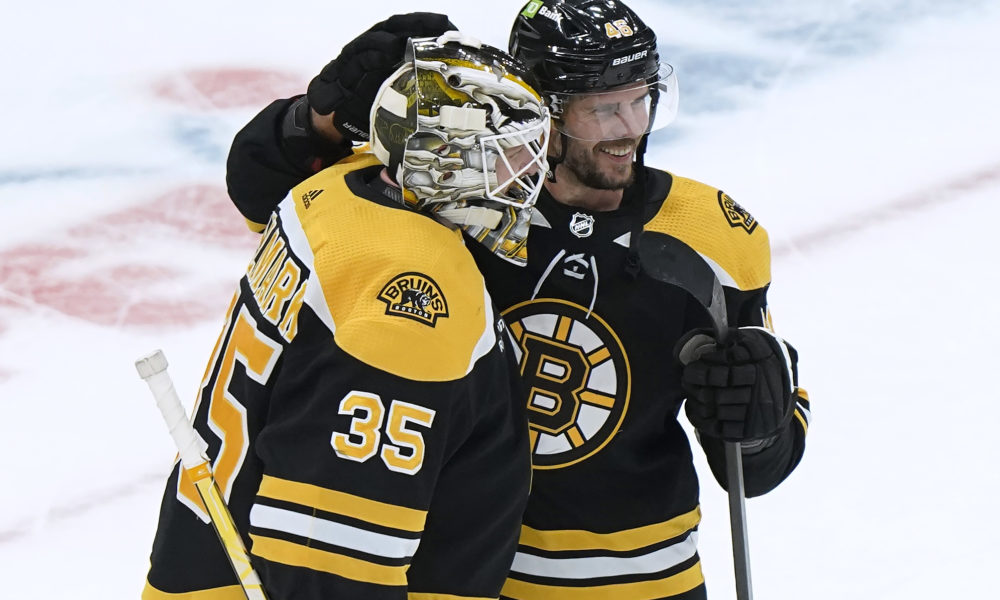 The Boston Bruins could be getting some bodies back in the lineup soon. Boston Bruins head coach Jim Montgomery sounded opportunistic on Saturday.

That Bruins news and much more in the latest Boston Hockey Now Bruins Daily:

The Boston Bruins have not ruled Linus Ullmark out of their lineup for Tuesday against the Tampa Bay Lightning.

NYI: Former New York Islanders forward Kiefer Bellows was poised to make the Islanders regret waiving him, but did he help the Philadelphia Flyers snap a ten-game winless streak?

PGH: The Pittsburgh Penguins seemed to know they were a hot mess in a 4-1 loss to the Toronto Maple Leafs.

PHI: The ten-game winless streak for the Philadelphia Flyers has their fans chanting to fire general manager Chuck Fletcher.

WSH: The Washington Capitals were trying to find a silver lining after a 5-1 loss to the New Jersey Devils.

COL: The Colorado Avalanche took care of business in their Reverse Retro jerseys in a 4-1 win over the Dallas Stars.

SJS: Are the San Jose Sharks as good or as bad as they sometimes seem?

MTL: The Montreal Canadiens have a NHL trade chip in goalie Jake Allen but is it time to cash it in?

The lads on 32 Thoughts on Hockey Night in Canada have the latest detes on the Jakob Chychrun NHL trade rumors.