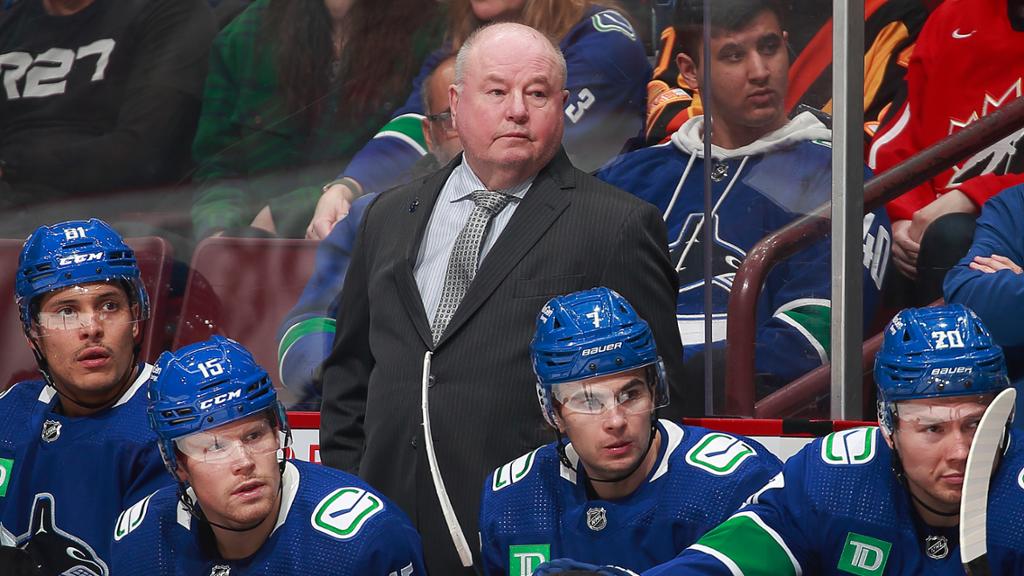 VANCOUVER — Bruce Boudreau got emotional discussing his uncertain future as coach of the Vancouver Canucks on Friday.

Canucks president of hockey operations Jim Rutherford said Monday that he had talked to other possible candidates, fueling speculation Boudreau could be replaced soon.

Vancouver lost 4-1 to the Colorado Avalanche on Friday and hosts the Edmonton Oilers on Saturday. Boudreau was asked Friday morning if he would take some time to savor the two games.

“I don’t know yet,” Boudreau said. “I’d really, you know, I mean, be a fool not to say that I don’t know what’s going on, but just like I said before, you come to work, and you realize, you know, how great the game is.”

Boudreau paused, then stopped his answer at that point. Asked later about what it means to be a coach in the League, Boudreau got choked up and quickly but politely ended his media session.

Boudreau was hired Dec. 5, 2021, to replace Travis Green after the Canucks got off to a 9-15-2 start last season. Vancouver finished on a 32-15-10 run under Boudreau, but still missed the Stanley Cup Playoffs. They are on pace to do so again for a third straight season; Vancouver (18-24-3) is 12 points behind the Calgary Flames for the second wild card into the playoffs from the Western Conference.

Boudreau has endured speculation about his job security since an 0-5-2 start this season. Rutherford, who was hired five days after Boudreau, did little to quiet it Monday when he admitted he has talked to others about coaching the Canucks.

“I will say I have and I’m not going to get into names,” Rutherford said. “And this is even going back a couple of months ago, that I have called a few people to talk to people, but with that it was clear that I’m calling and talking but don’t know that we’re making a change and don’t want to make a change.”

When Boudreau wasn’t on the ice for morning skate Friday, it set off alarm bells.

“I’ve got my wife phoning me saying ‘you’re not on the ice, is everything OK?'” Boudreau said. “So, it’s tough not to feel it but if you love it, you want to go do it and so that’s the way I shut it out, is basically just realizing how much you care about the game and the players and all that goes on.”

Asked if he talked to his players about shutting out the speculation surrounding him and the team, Boudreau said he hadn’t ahead of the game Friday.

“But there might be things said tomorrow,” Boudreau said.