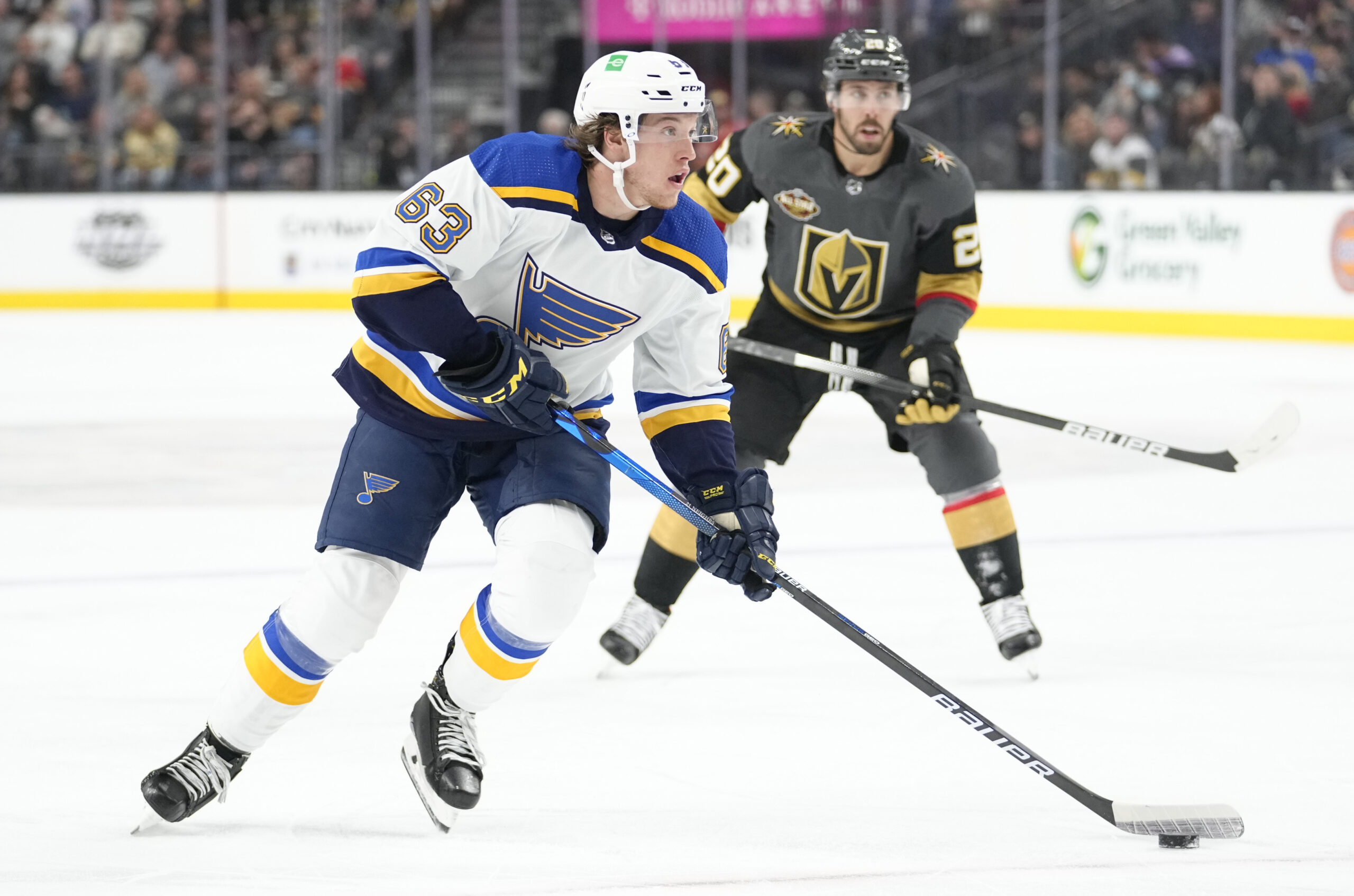 The St. Louis Blues‘ season has gone off the rails in a hurry. After beginning the campaign with three straight wins, the team proceeded to lose the next eight games — all in regulation. In doing so, they set a franchise record for consecutive losses and the team now sits at 3-8-0 with six points and sit dead-last in the Western Conference. Their minus-20 goal differential so far on the season is third worst in the NHL and they’ve been outscored 33-12 during their eight-game slide. Today, general manager Doug Armstrong decided that it was time to make some changes.

Forwards Nikita Alexandrov and Josh Leivo were recalled from the Springfield Thunderbirds, the Blues’ American Hockey League (AHL) affiliate. Alexandrov impressed head coach Craig Berube in the preseason and was off to a very solid start in the minors. In five preseason games, he scored just two goals, but was lauded by Berube for his overall play. Through nine games, the 22-year-old has scored eight points (four goals, four assists). He’s been a top-six center for the Thunderbirds to start 2022-23 and will get a chance to play on either the third or fourth line for the Blues in the coming days.

Josh Leivo didn’t spend as much time in Springfield as Alexandrov. He began this season with the Blues, taking part in three games (zero points) before being reassigned to Springfield on Oct. 29. After scoring four points (three goals, one assist) with the Thunderbirds in only two games, he’ll get another shot at the NHL level. It’s unclear right now whether he’ll be in the lineup right away or be a healthy scratch more often than not.

In disappointing fashion, 20-year-old forward and Blues’ top prospect Jake Neighbours was reassigned to the AHL. Even after making the big club out of camp for the second straight season, he wasn’t able to provide enough offense to stick around. In 11 games this season, he scored just one point (one goal) and had a plus/minus of minus-11. In reassigning him to the AHL, Neighbours will likely be given a role within the team’s top six as well as minutes on both special teams units. It’s not necessarily the end of the NHL road for Neighbours in 2022-23, but this will give him the chance to grow his game while the Blues figure out how to win again.

In even more disappointing news, 24-year-old forward Logan Brown has been placed on injured reserve with an upper-body injury. While the exact details remain unknown, Brown left the game early against the Philadelphia Flyers on Nov. 8 after he took a hit into the boards. When he skated off the ice, he appeared to be favoring either his arm, wrist, or shoulder. He injured his left shoulder in the preseason against the Dallas Stars, causing him to miss the remaining three preseason games and the first three games of the regular season.

Brown’s season had gotten off to a slow start. In the five games he’s played, he’s logged zero points and has a plus/minus of minus-2 while averaging 9:15 of ice time. Relegated mostly to the third or fourth line, his overall game this season has looked off. Factoring into all of that could have been a lingering issue from his previous injury that may only be compounded with his current one.

These four moves are the first major roster construction moves that the Blues have made this season. With the team struggling so much right now at the NHL level, it’s likely that more moves could be on their way if their losing ways continue. Unfortunately for the Blues, they’re not scoring enough on offense and they’re not defending well on defense, often leaving their goaltenders exposed. These moves likely won’t lead to much improvement offensively or defensively, but at least it’s something. They’ll take on another bottom-dweller in the San Jose Sharks on Nov.10.

Marcus Ashpaugh is a husband, father, coach, and a huge sports fan. He has had a few of his own websites in the past where he published pieces about both the Kansas City Royals and the St. Louis Blues.