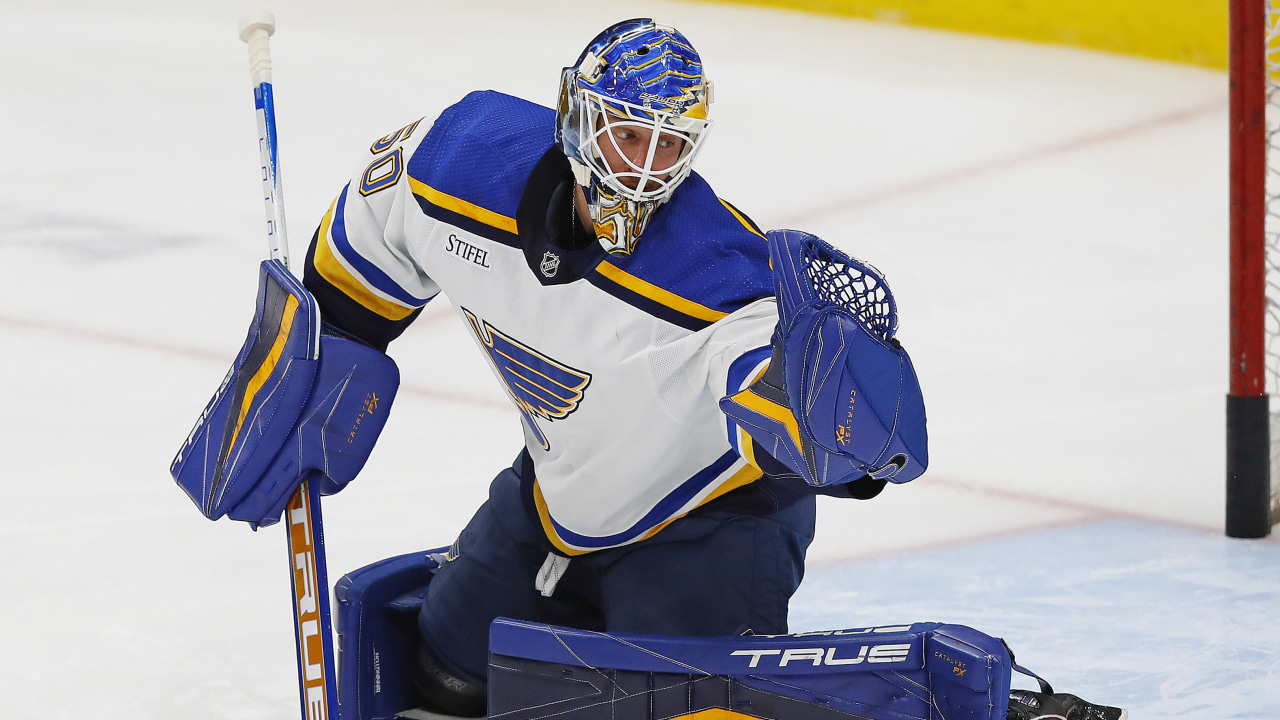 Binnington’s stellar start isn’t a surprise to defenseman Torey Krug. “That’s the confidence we have in a guy like him,” Krug said. “We knew he’d come in here and put on a show for us (against Edmonton). You can tell when he’s engaged. He’s playing the puck really well — that’s the first sign. He makes the stops when we need them. When he’s playing confident, our whole team plays confident. It bleeds throughout our lineup, so (he’s) definitely one of our leaders.”

“He’s mentally tough,” Berube said. “He knows what he can do, and he knows what he’s capable of doing. (Binnington’s slump last season) was just a tough stretch, but he battled out of it — he worked out of it. He was really good down the stretch last year and in the playoffs.”

“It’s confidence, he has a little swagger to him,” said Schenn. “You talk about all that, but I don’t think everyone sees how hard he works. He’s driven this year — he’s doing stuff before, he’s doing stuff after, he’s doing stuff off the ice, and ultimately, a majority of guys have to do that to be at their best. He’s putting in the extra effort this year.”

Binnington has a tendency to come out of the gates strong — he has a career record of 14-3-3 with a .924 save percentage, 2.39 goals-against average and two shutouts in October, and he went 5-1-1 with a .918 save percentage and 2.49 GAA in January 2021, the first month of the pandemic-shortened 56-game season. While he generally has finished strong as well, he has some rougher career numbers in December (2.90 GAA, .898 save percentage) and January (3.01 GAA, .897 save percentage), so it will be important for the 29-year-old goalie to keep the positive momentum going as the season progresses.

This is really only Binnington’s second 82-game season in the NHL — he came up midway through the 2018-19 season, had his sophomore campaign shortened and interrupted for nearly five months due to the COVID-19 pandemic, then returned for a 56-game season in 2021 — so his biggest focus in 2022-23 will be proving that he can hold up through the rigors of a full schedule.

While there are lots of challenges ahead, Binnington is doing everything in his power to set the tone for a strong season — and showing that his strong play last spring was anything but an aberration.