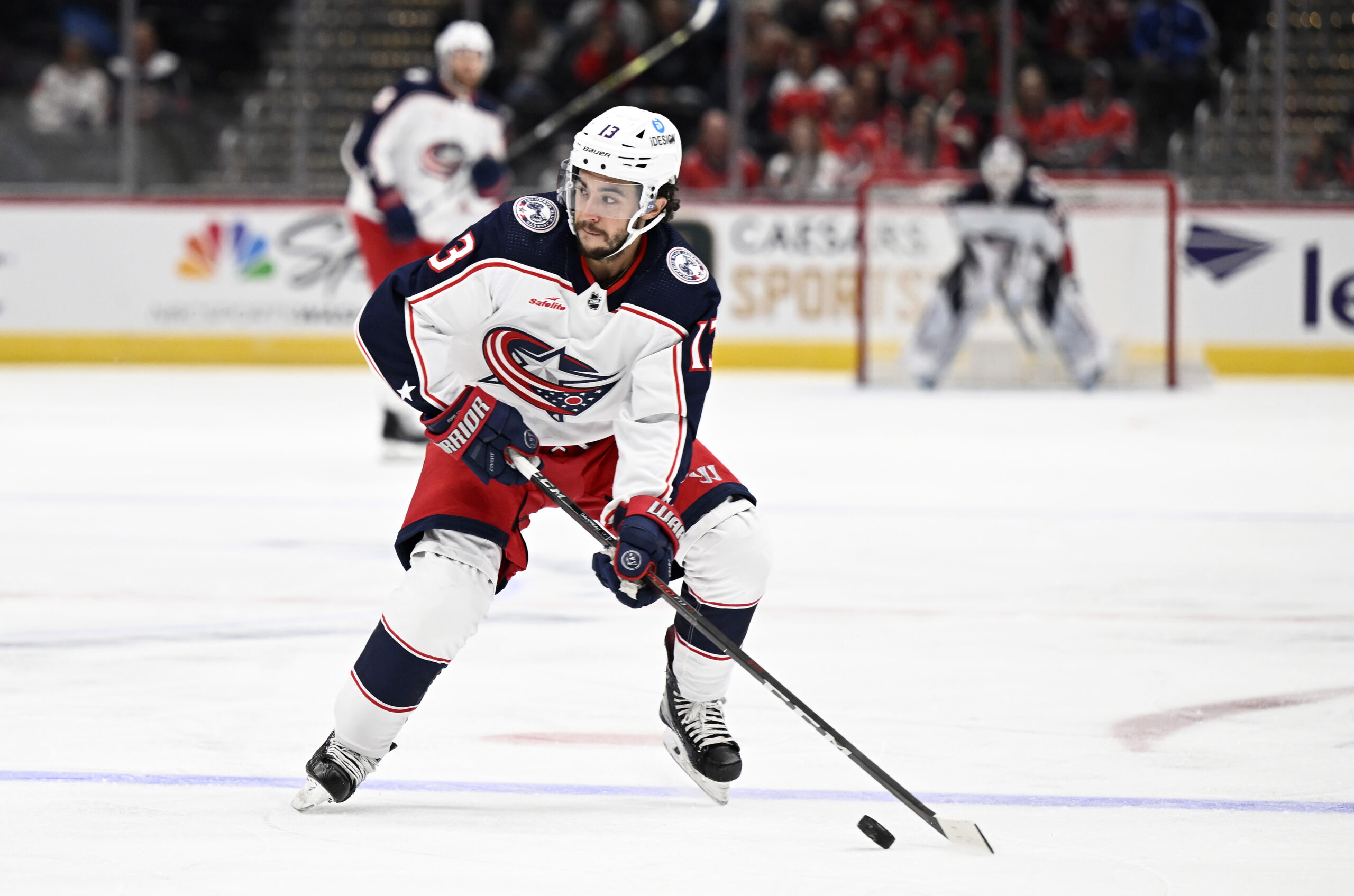 The Columbus Blue Jackets have reached their home opener for the 2022-23 season. It marks the first home opener in a Blue Jackets’ uniform for both newly-signed free-agent Johnny Gaudreau and top prospect Kent Johnson. There is plenty of reason as a fan to be fired up for this team.

The home debuts of Gaudreau and Johnson mark the start of a brand new era of Blue Jackets’ hockey. Never before have they had a top free-agent choose them. Couple that with exciting young prospects either already in Columbus or on their way in the near future and you have a team who is trending in the right direction.

Lightning’s Cooper Among the Believers

Among the believers in the direction of the Blue Jackets is none other than Tampa Bay Lightning head coach Jon Cooper. Speaking after their morning skate on Friday, Cooper was asked what makes the Blue Jackets such a tough opponent for them no matter who is on their roster.

Cooper would know. His teams had multiple playoff series against the Blue Jackets although many of those players have moved on. Still, he acknowledged really liking where Columbus is heading. Here is what he said.

So not only are the fans excited for what’s to come, it seems one of the most successful coaches in recent memory with championship pedigree is a fan of where this is going.

But There is a Reality Check

But let’s pause here for a moment and let’s have a chat about what is really to come especially in the near term. While the feelings of excitement are valid, there is reason to put where the Blue Jackets are at in perspective.

These Blue Jackets are still a very young team. Entering the 2022-23 season, they were the fourth youngest team in the NHL in terms of the opening night roster. The outlook for this season is cloudy at best with several questions that need to be answered.

Among the important questions facing these Blue Jackets…

Related: 4 Blue Jackets Who Can Step Up During Laine’s Absence

This is all to say that the Blue Jackets will face many ups and downs not only this season, but in future seasons too. They will face adversity at every turn. Thanks to the Laine injury, that adversity has already started.

That injury may have even taken some of the pizazz out of the home opener. Most everyone in the hockey world was fascinated to see if Gaudreau and Laine could become part of a dominant line. However we won’t know that now until November most likely.

The NHL stops for no one. The Blue Jackets will have a next-man up mentality. The early beneficiary of this is Justin Danforth as he will join Gaudreau and Boone Jenner on the top line Friday night. However coach Brad Larsen said this spot “was in pencil.” This could change depending on performance.

Then when we consider their competition in the Eastern Conference, the Blue Jackets face a tall order to be in the playoff conversation. The question now becomes what does a successful season look like in Columbus?

Of course they want the playoffs just like everyone else. Thinking about their future, there is a checklist of items they need to be able to check off. If they can do these things, it will make the future even brighter given what has already happened.

As we stated above, this home opener does come with a level of excitement for the Blue Jackets. Coach Larsen said Friday the team should be excited for the game and for the season. Defenseman Zach Werenski acknowledged there could be a different feeling around this home opener than ones in the past.

“Maybe a little bit,” Weresnki said. “I’m sure Johnny (Gaudreau) is going to get a loud reception tonight and will chant his name. I’m know fans will be excited to see him. I think every year the home opener is pretty exciting. There’s a lot of buzz around the building. I think this year we’re facing some higher expectations after getting a few guys. We’re just excited to get our first win tonight.”

Blue Jackets’ fans have waited over 20 years for a moment like Gaudreau’s signing to happen. It shocked the hockey world and energized a city and a fanbase desperate for some news like this.

No matter the result of the game, Friday night will reinforce the excitement knowing that the new era of Blue Jackets’ hockey led by Gaudreau, Laine, Werenski, Merzlikins and others are locked in for the next four seasons together. Be excited, but understand that there will be many growing pains.

Young players will make mistakes and many of them. There’s an adjustment period taking place. Growth is happening daily on and off the ice. Taking a long approach to their situation will suit you best.

Past seasons have always had the narrative of trust the process. This season and beyond for the Blue Jackets, this is truer than ever. They’ve never had this kind of world-class talent together at one time before from a pure skill standpoint.

The Blue Jackets’ core is coming into focus. Management will have opportunities later to address deficiencies and weaknesses as they come up. Until then there will be many nights where you’ll feel empty.

But unlike the Blue Jackets of the past, they have a clear plan and direction. As the 2022-23 season kicks into high gear, enjoy the good that comes and be thankful for the opportunities presented that will help this young team grow.

The Blue Jackets aren’t going to be good overnight. They’re going to get good over time through growth and development. The part that is exciting is that getting to the next level shouldn’t take as long as before. That’s the power of having an established core leading the way.

Enjoy the season, both good and bad. Both are going to happen in abundance. That’s all part of this exciting new era of Blue Jackets’ hockey.

Don’t say we didn’t warn you about the emotional swings. It’s only a matter of time before they hit you.