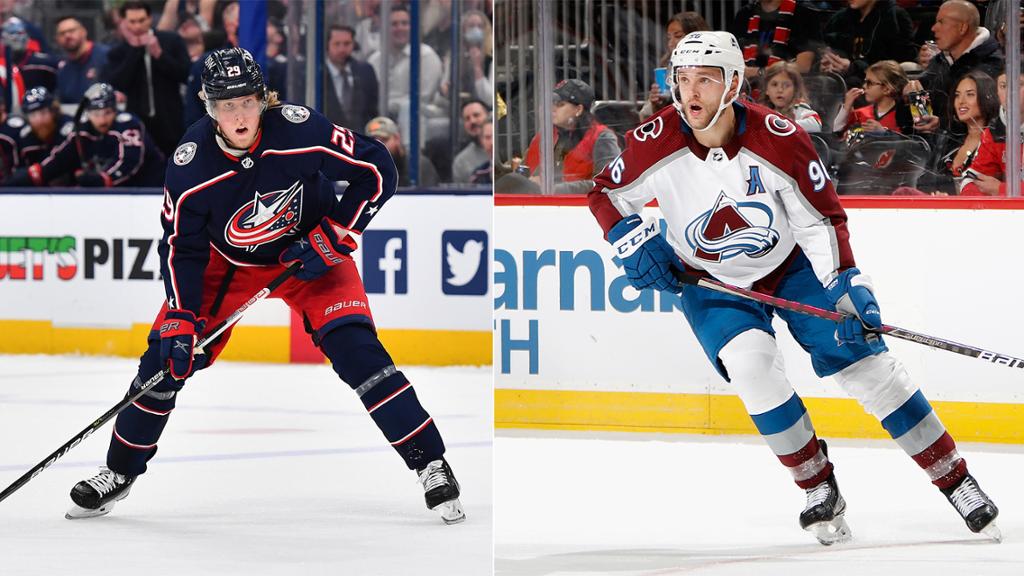 Jarmo Kekalainen has long boasted about the excitement hockey stirs up in Finland.

Now, the Columbus Blue Jackets and defending Stanley Cup champion Colorado Avalanche will have the opportunity to experience that firsthand when they play in the 2022 NHL Global Series in Tampere, Finland, Keklainen’s hometown.

“I’m excited to show the team, the organization, the management group, the players, what Finland’s all about and how passionate the fans in Finland are for hockey,” Kekalainen, the Blue Jackets general manager, said. “I often compare it to Canada, where hockey is No. 1 and people are so passionate about it.

“I often bring up the stat that 2 1/2 million people in Finland watched the [2022 IIHF World Junior Championship] final between Canada and Finland (in August). There are 5 million people in the entire country. That about sums it up.”

“Laine is going to be a rock star over there,” Kekalainen said. “It’s his hometown, and he is going to get a hero’s reception there.”

Laine’s availability for the Global Series was initially in doubt when the 24-year-old forward was placed on injured reserve after spraining his elbow in a 4-1 loss to the Carolina Hurricanes on Oct. 12. The original diagnosis expected to keep him out 3-4 weeks, but Laine returned less than two weeks later and played 24:31 in a 6-3 loss to the Arizona Coyotes on Oct. 25.

This will be the second time Laine has played in a Global Series in Finland. In 2018, when he played for the Winnipeg Jets, Laine scored four goals in two games in Helsinki, including a hat trick in a 4-2 victory against the Florida Panthers.

This time, though, the opportunity to play the first ever NHL game in Tampere has him stoked.

“Now especially going to my hometown, that’s pretty cool,” Laine said when the games were first announced in April. “For Europeans, it’s pretty rare that we get that opportunity, so it’s pretty sweet.”

The Blue Jackets and Avalanche are scheduled to fly from the New York area later on Sunday and arrive around midday on Monday. They will spend the early part of the week in Helsinki sightseeing and holding open practices before boarding a train for the two-hour trip to Tampere.

“It’ll be huge for [Rantanen] and [Lehkonen],” Avalanche coach Jared Bednar said. “And I know they’re excited about it. All our guys are. Guys have been asking a lot of questions about it.

“Listen, I just want our team to go get together, have fun, have those guys show them around and show them the culture. We’ll get together as a team a few times during our off days. And when we practice, we’ll practice hard to prepare for those games and take the games seriously.

“Even though it’s a fun trip, it’s also a business trip.”

But now the scene will switch to Finland, where Rantanen said he knows the excitement for NHL hockey is building just by the number of ticket requests he’s received.

“It’s probably a once-in-a-lifetime situation to play an NHL game in Finland,” he said with a chuckle. “So I’ve got a few tickets on the line, yeah.”