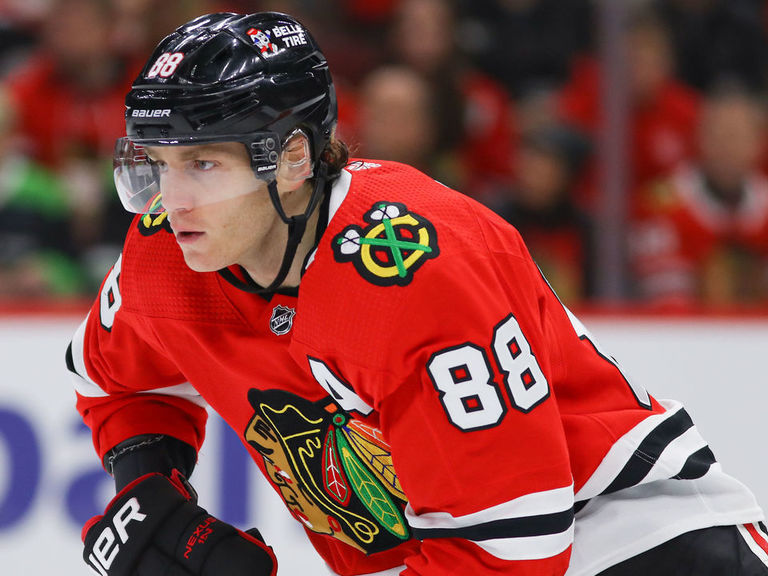 Chicago Blackhawks star Patrick Kane said there isn’t much to report on his conversations with general manager Kyle Davidson about his uncertain future, but his impending unrestricted free-agent status is weighing on his mind.

“It’s a different year, obviously, going into the last year of your contract and different variables about what’s going to happen or where you’re going to be the rest of your career, different things like that,” he said in a recent interview with NBC Sports Chicago’s Charlie Roumeliotis. “You think about that stuff, especially when it gets into January here and got a couple months to the trade deadline, so we’ll see how it all shakes out.”

The 34-year-old has missed the Blackhawks’ last two games with a lower-body injury and is doubtful to play against the Colorado Avalanche on Thursday. The winger doesn’t anticipate the ailment to cause any lingering issues that would keep him out long term.

Kane added that he’s spoken to his agent, Pat Brisson, “pretty much every week,” and he expects to meet with Davidson again soon.

“Just to kind of hear from where each side is at. I think whether it’s about my play now or just about the team, about things that I see with the team that could maybe help, and, obviously, about maybe what’s coming up.

“I don’t think we’ve got to that point yet, but I’m sure we both know it’s right around the corner here.”

It’s been a rough season for Kane and the Blackhawks. Chicago currently sits in last place in the Central Division with a record of 10-25-4, while Kane has seven tallies and 20 assists in 37 games. His 0.19 goals-per-game rate this season is a career low, and he’s in danger of failing to hit the 20-goal mark for the second time in his career – the first time was during the shortened 2020-21 campaign.

“Yeah, it’s tough,” Kane said. “I think we kind of, I don’t want to say we knew we were going to be in this position. I think there was a little hope at the beginning of the year of the start we got off to. There’s still a lot of season left.”

Both Kane and captain Jonathan Toews are playing out the final seasons of matching eight-year, $84-million pacts. Kane said he and Toews check in every now and then about their futures, but he doesn’t think their decisions will influence each other.

Selected by the Blackhawks with the first overall pick in 2007, Kane ranks second in franchise history with 1,207 points in 1,144 games. The Buffalo native is a three-time Stanley Cup champion (2010, 2013, 2015) and has taken home the Conn Smythe Trophy, Art Ross Trophy, Ted Lindsay Award, and Hart Trophy during his 16-year career in Chicago.