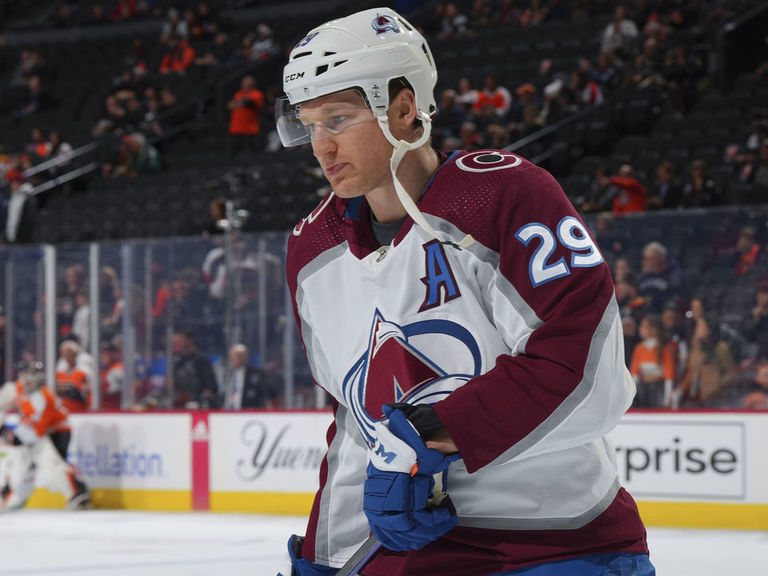 Colorado Avalanche head coach Jared Bednar didn’t have a promising update on Nathan MacKinnon‘s status one day after the star forward suffered an upper-body injury against the Philadelphia Flyers.

“The fact he’s leaving early in the game is not a good sign,” he said Tuesday, according to Altitude TV’s Vic Lombardi. “We know he’s gonna miss some time. Just don’t know how long.”

The cause of MacKinnon’s ailment is unclear, but he appeared to be in discomfort after taking a shot in the first period of Monday’s 5-3 loss in Philadelphia. He also took a couple of hits from Scott Laughton along the Flyers’ bench.

MacKinnon didn’t return to the contest. He put up one assist and saw just under five minutes of ice time in the opening frame.

After the game, Bednar said he had “no idea” how his key player got hurt, according to the Denver Gazette’s Kyle Fredrickson.

Here’s how Colorado lined up prior to MacKinnon’s exit against the Flyers:

Heading into Monday’s contest, MacKinnon led the Avalanche with 25 assists and 33 points in 22 games.