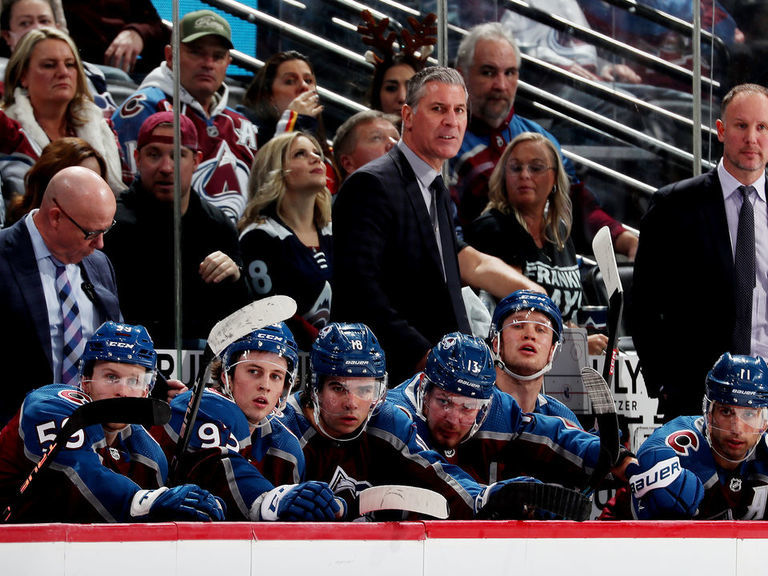 Colorado Avalanche head coach Jared Bednar knows his team has faced adversity this campaign, but he doesn’t want the defending champions to be satisfied with just scraping their way into the postseason.

“I have a lot of confidence and trust in our team. … That confidence can’t come off just what we’ve done in the past,” Bednar said, according to the Denver Post’s Bennett Durando. “Because it’s not just about hanging onto a playoff spot and getting into the playoffs. Like, we’re past that.”

He added: “The regular season is for learning lessons, figuring out how to win, what it takes to win in all aspects of your game. So our game has to get to a spot, for me, where we feel like we can beat anyone in the West and anyone in the league.”

Bednar doesn’t think the “floundering” Avs have met that benchmark 38 games into the season.

The Avalanche currently sit in fourth place in the Central Division with a 20-15-3 record. They’re two points behind the Edmonton Oilers for the second wild-card spot in the Western Conference, but Colorado has three games in hand.

The Avs snapped a five-game losing streak Saturday after scoring three unanswered goals during an overtime victory over the Oilers.

Colorado only lost 19 contests in regulation in 2021-22, and the team’s longest winless streak was four.

However, the Avs have been decimated by injuries in 2022-23. Captain Gabriel Landeskog is still waiting to make his season debut after undergoing knee surgery in October, while superstar Nathan MacKinnon missed 11 games in December due to an upper-body injury. Meanwhile, Valeri Nichushkin, last season’s breakout player, has been limited to just 15 games because of an ankle ailment.

Colorado’s blue line hasn’t had much injury luck, either. Josh Manson has been out since Dec. 1 with a lower-body ailment, while Bowen Byram last played Nov. 4.

“Big picture, you like to think we get guys back, everything comes together – that’s fine,” Bednar said. “It’s good to be confident.”

Colorado will next play Tuesday against the Florida Panthers.