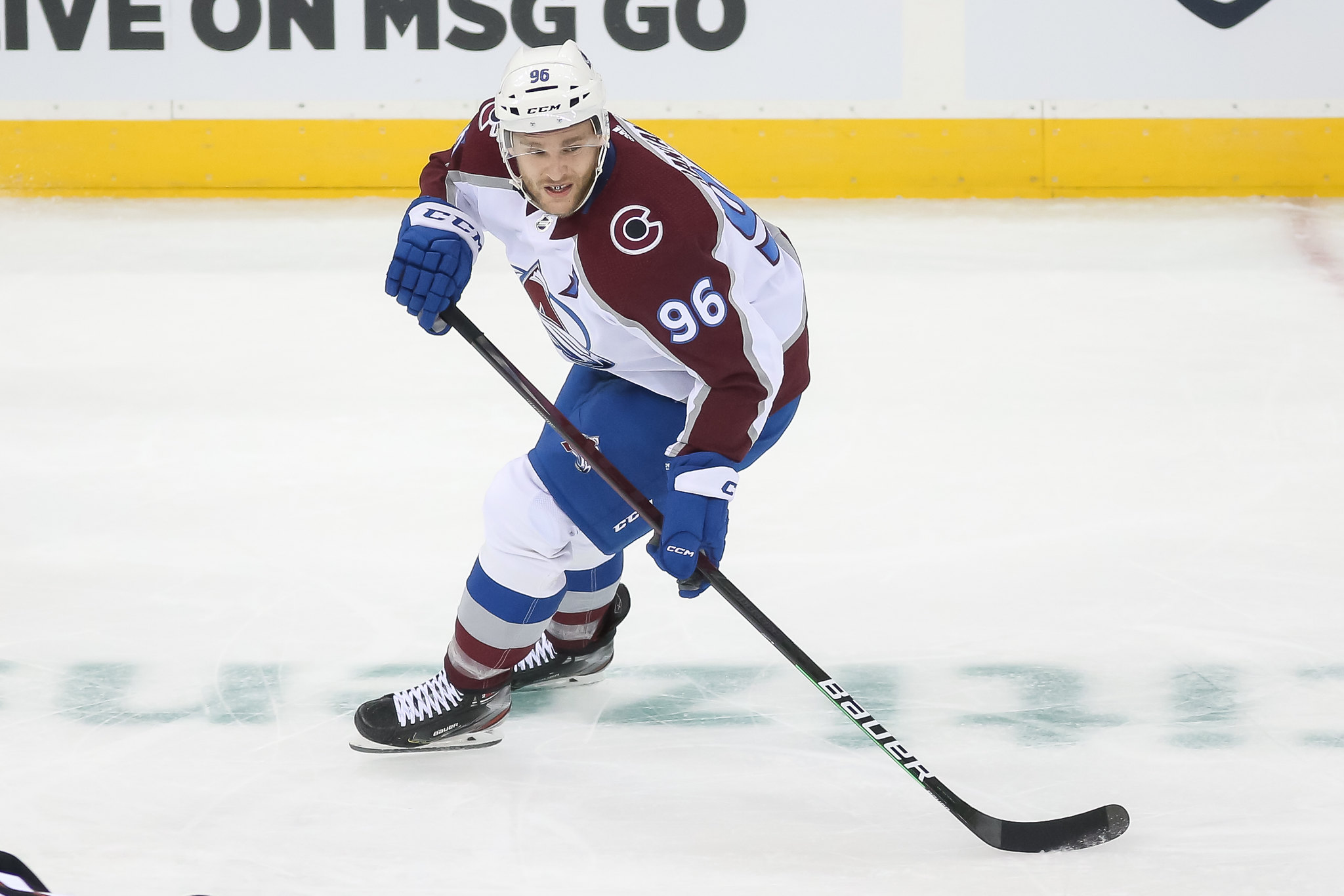 Mikko Rantanen has stood in the shadows of Nathan MacKinnon and Gabriel Landeskog for the bulk of his career with the Colorado Avalanche. With both of them sidelined with surgeries and injuries, he’s starting to show the rest of the NHL what Avs fans have known for years — this guy doesn’t need help to prove he’s one of the NHL’s brightest stars.

The 26-year-old forward has racked up 20 goals through the first 28 games this season, and already has a pair of hat tricks to his credit. He’s helping keep the Avalanche afloat in the playoff hunt as the defending Stanley Cup champs battle through a glut of injuries.

The Avalanche took Rantanen with the 10th pick in the loaded 2015 NHL Entry Draft, which featured Connor McDavid and Jack Eichel as the top two picks. He played just nine NHL games in the following season, but showed his potential with a 24-goal, 60-point campaign with the American Hockey League’s (AHL) San Antonio Rampage. It didn’t take long for that minor league success to translate at the NHL level.

Rantanen scored 20 goals in his first full NHL season in 2016-17, and piled up 60 goals combined over the next two campaigns. He made it to his first All-Star Game in 2020-21, scoring 30 goals and 66 points in just 52 games. He also led the NHL in plus/minus that season at plus-30. That set him up for his monster 2021-22 season, when Rantanen set career highs with 36 goals, 56 assists and 92 points. He led the team in goals and points, and was just three assists away from leading the team in that category, too.

It’s more of the quiet approach for Rantanen, but his statistics can hold up against just about anybody. All of the bluster and attention MacKinnon gets is definitely warranted, but Rantanen has actually been the Avalanche’s leading scorer for the last two seasons. Out of the 2015 Draft class, only McDavid (757 points) and Mitchell Marner (492 points) have scored more than Rantanen’s 445 points. The Colorado winger has a chance to leave quite an impression on the Avalanche history books, as well. Despite being just 26, he’s already ninth on the all-time goals list, and should pass Dale Hunter for 10th on the franchise’s all-time points list this season.

Injuries have been the story of the Avalanche’s season so far. A staggering 15 players spent time on the shelf due to injury through the first quarter of the season, but the Avalanche have remained dangerous despite losing vital pieces like MacKinnon, Landeskog and Valeri Nichushkin for long stretches. Even getting Nichushkin back in the lineup, there are still currently eight Avs regulars on the injury report. But there is a light at the end of the tunnel.

Nichushkin returned from ankle surgery and has played in the last four games. MacKinnon should be back in the next couple of weeks, and Landeskog is slated to return in the middle of January. Even though the results have been inconsistent, this stretch has given Colorado coach Jared Bednar an extended look at some of the prospects in the pipeline.

Youngsters like Dryden Hunt, Martin Kaut, Jean-Luc Foudy, and Ben Meyers have each played in at least eight games, and four other Avs players have made their NHL debuts this season. As expected, the returns have been shaky as all those prospects have combined for just three goals. That’s why Rantanen has been so vital to keeping Colorado in the playoff hunt, taking on a heavy scoring burden while the Avalanche wait for the roster to get healthy.

Even with all of the uncertainty surrounding the Colorado roster, Rantanen has been a steadying force. He hasn’t gone back-to-back games without a point in December. He also has recorded at least a point in 14 of Colorado’s last 20 contests – boasting eight multi-point games during that stretch. Colorado is leaning on him more than ever, too. Rantanen averages 22:25 in ice time per game. Only McDavid (22:52) averages more as a forward.

Things have also picked up for Rantanen in December, as well. In Colorado’s eight contests this month, he has seven goals — including five in the last four games. Three of those came on Dec. 11, where Rantanen provided all of the offense in a 3-2 overtime win against the St. Louis Blues. All of that has come despite almost no consistency with his linemates, since he has played at least 10 minutes with eight different combinations.

For a guy that has scored 30 goals in three of the last four seasons, the silent forward still seemed to roll under the radar. The only season during that stretch he didn’t hit 30 goals was the COVID-shortened 2019-20 campaign. Rantanen still tallied 19 goals in 42 contests that season. With 20 goals already, he’s going to obliterate his career high of 36 goals set last season, if he can stay off the injury report. For as much as Rantanen is flying under the radar, Colorado has been, too, since they’ve stayed in the playoff hunt. If the Avalanche get healthy, and Rantanen maintains his current play, they could deliver another deep postseason run.

Lifelong storyteller and experienced hockey reporter that has covered everything from major juniors to the NHL. Worked for various newspapers across Minnesota and North Dakota, and now covering the Colorado Avalanche for THW.