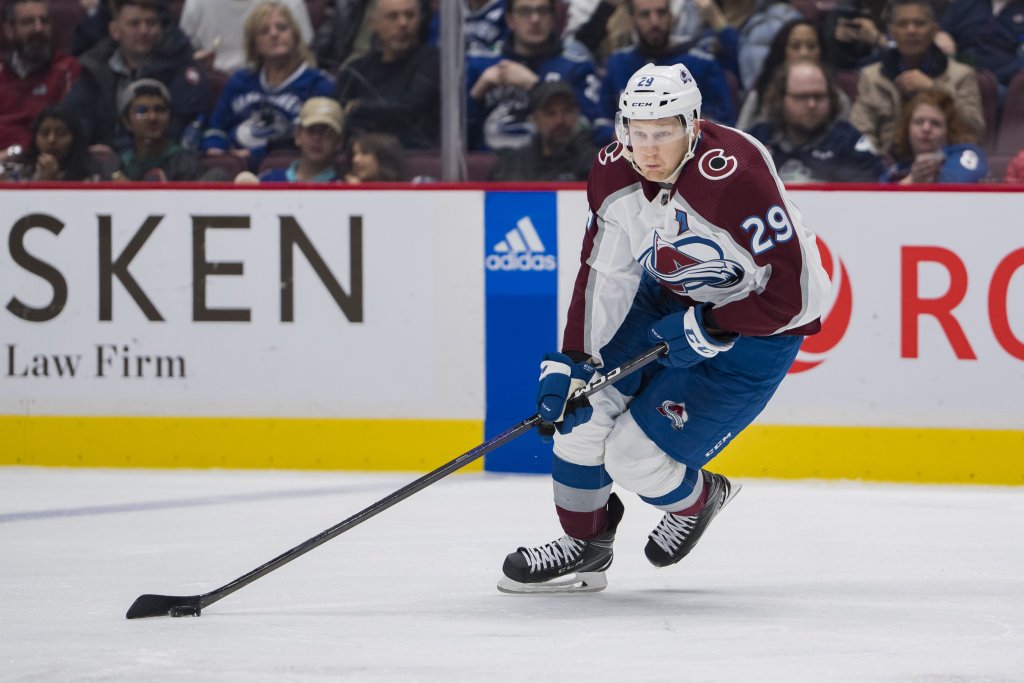 Saturday night, two squads that had higher expectations this season do battle with the Colorado Avalanche taking on the Edmonton Oilers. This is the first meeting between these two this season, after the Avs swept Edmonton out of the Western Conference Finals last postseason.

Including that playoff beatdown, Colorado has won seven of eight against their counterparts. Read on for Avalanche vs Oilers analysis.

The Avalanche are the second choice in the Stanley Cup odds at +700, despite being fifth in the Central Division. The Oilers are +2200. Edmonton are -130 favorites in this contest that features a total of 6.5 goals.

Puck drop is set for 10:00 pm ET at Rogers Place in Edmonton, AB with Altitude broadcasting the game in the United States and Rogers Sportsnet and CBC showing it in Canada.

The Colorado Avalanche haven’t been great in their Stanley Cup defense, but in defense of them, they’ve been ravaged by injuries. Star center Nathan MacKinnon has been back for three games after missing eleven and captain Gabriel Landeskog hasn’t played the whole season (knee). That doesn’t even mention Valeri Nichushkin, who had 52 points last season, only playing 15 times, and blueliner Bowen Byram has laced them up for just ten contests (and none since November 4th).

Subsequently, the Avalanche’s 19-15-3 record is shockingly pedestrian after they had the most points in the West last year (119). They’ve dropped five straight (0-4-1), following a stretch with six wins in seven contests. They’re eighth worst in goals/game (2.86), after they were fourth best last campaign (3.76).

Canucks score again, and they lead 3-2.

Alexandar Georgiev just slammed his stick on the crossbar. He’s furious. Makar and Toews can’t get the puck out and it leads to a goal against.

With, you guessed it, another injury hampering goaltender Pavel Francouz, the Avs have struggled to keep the puck out of their own net. Francouz has missed the last ten games, so Alexandar Georgiev has played them all, and he’s surrendered at least three goals in five straight.

The Edmonton Oilers continue to get incredible production from the NHL’s leading point-getters in Connor McDavid and Leon Draisaitl, along with strong seasons from Ryan Nugent-Hopkins and Zach Hyman (who both have 40+ points). After that, the production from the forwards is incredibly sparse, with Evander Kane next in points with 13 (he’s missed 26 games), followed by Kailer Yamamoto with ten points.

Edmonton did win their latest outing 4-2, but in four of their last six affairs, they haven’t been able to muster more than two goals. Since the calendar turned to December, Edmonton has been pedestrian, going 8-7-2. After free agent signee Jack Campbell had a horrid stretch by allowing at least three goals in ten of eleven games, he’s perhaps found some form, giving up just two in back-to-back contests.

The Avs have Oil Country’s number, having defeated them in seven of eight meetings. At least six total goals have been scored in four of their last five matchups.

Interestingly, the Oilers have lost five of their last six home games, and have lost four of five following a victory.

The over has hit in eleven of the Oilers’ last 13 affairs against the Central. In addition, the over has hit in six of eight for Edmonton when they’ve had at least one day of rest. This is a good opportunity to buy low on an Avs team that has the Oilers number, particularly with Nathan MacKinnon back in the fold.

Michael “Hound Dog” Harrison is well known in the sports industry as the resident statistician for the SC with Jay Onrait Show. He has worked at TSN for over 16 years, where he’s been featured on Sportscentre, That’s Hockey, That’s Hockey 2Nite, The Masters preview shows, and several more.

Michael “Hound Dog” Harrison is well known in the sports industry as the resident statistician for the SC with Jay Onrait Show. He has worked at TSN for over 16 years, where he’s been featured on Sportscentre, That’s Hockey, That’s Hockey 2Nite, The Masters preview shows, and several more.