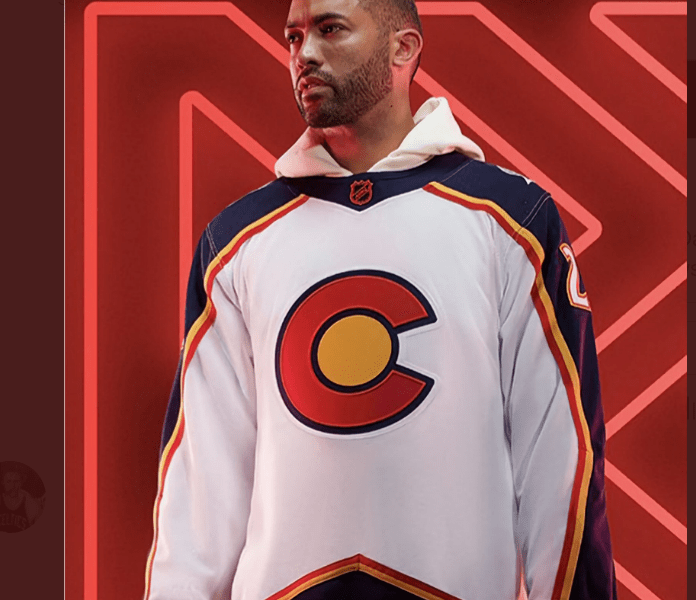 Do you remember those really cool Nordiques jerseys that the Colorado Avalanche wore a couple of years ago during the Tahoe game? The original Avalanche Reverse Retro jersey was based off the Quebec Nordiques with a touch of Avalanche in the coloring. They sold out in minutes and were extremely popular with the fans.  Many fans are still on the hunt for the original Reverse Retro and are not able to find them, or have to pay a steep price to get them.

I just want to buy one of these. pic.twitter.com/XStwsYd3jN

Well we have some great news! The NHL has decided to go with another round of Reverse Retros. This one for the Avalanche will based off of the Colorado Rockies that were in Denver in the late 70’s to early 80’s before moving to New Jersey. There will also be an Avalanche element in the number font on the back as they will be the same as when the Avalanche moved to Denver in 1995. This line also features more embroidered and raised elements on the team logos, which is something that arrived when adidas started making jerseys with 50% recycled materials.

As you see the jersey will be doing presales that start today on the Altitude Authentics website and will be shipped out on November 15th. Expect these to sell out in minutes as well, so grab yours quick, or may never get a chance to get one again.

What do you think of them, folks?