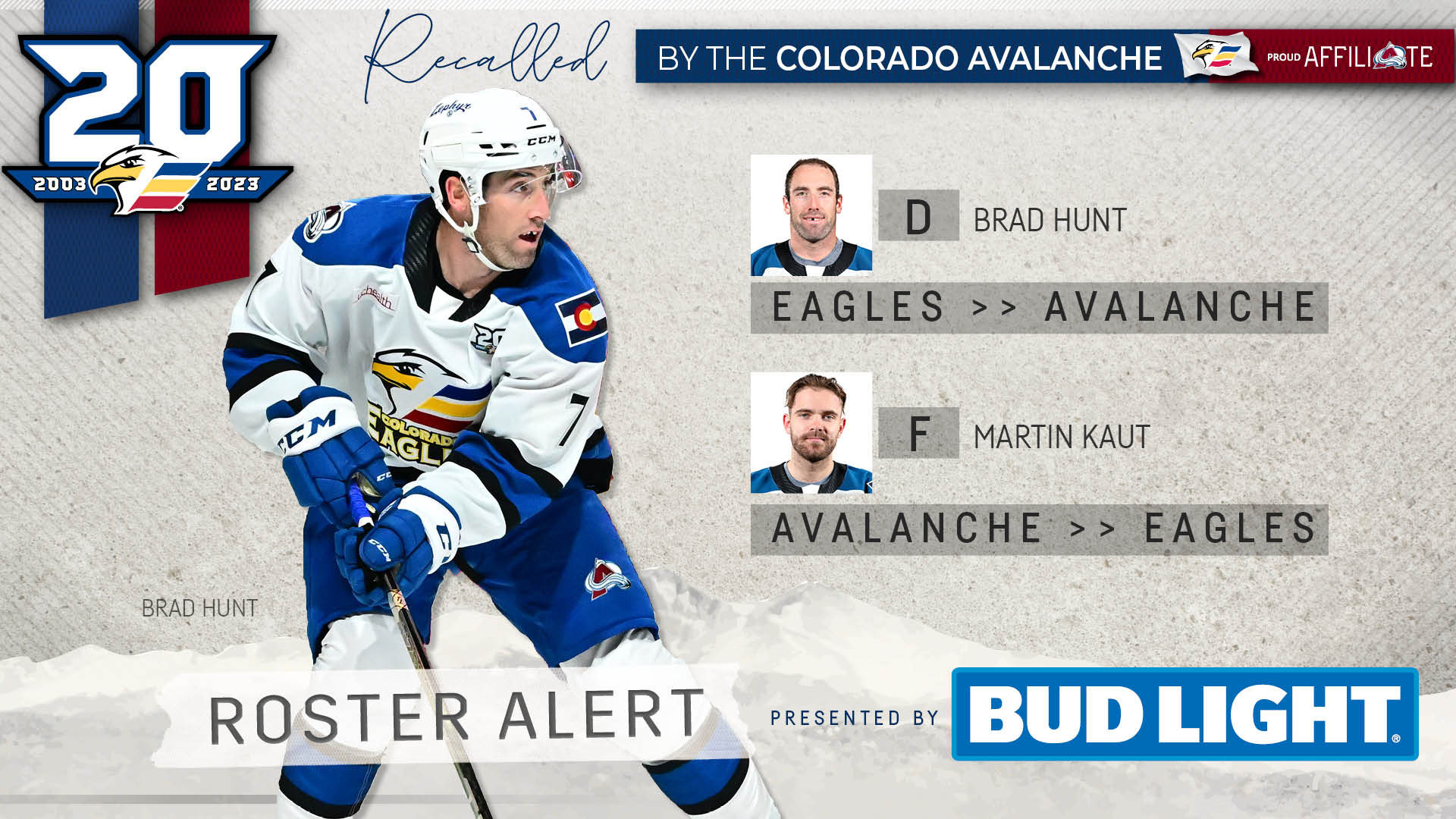 WINDSOR, CO. – The Colorado Eagles, proud AHL affiliate of the Colorado Avalanche, have announced that defenseman Brad Hunt has been recalled by the team’s NHL affiliate. Additionally, forward Martin Kaut has been reassigned to the Eagles by the Avalanche. Hunt currently leads the Eagles with 20 points and 14 assists, as his 20 points also rank third among all AHL defensemen. Kaut returns to the AHL where he has produced two goals and one assist in just three games with Colorado this season.

A four-time AHL All-Star, Hunt has generated 229 points in 309 career AHL contests and led the league’s blueliners with a career-high 19 goals with the Oklahoma City Barons during the 2014-15 season. The 34-year-old has also notched 22 goals and 54 assists in 241 career NHL games with the Vancouver Canucks, Minnesota Wild, Vegas Golden Knights, Nashville Predators, St. Louis Blues and Edmonton Oilers. Hunt spent the entirety of the 2021-22 campaign with the Canucks, posting three goals and 14 assists in 50 contests.

Kaut was selected with the 16th overall pick in the 2018 NHL Entry Draft by the Avalanche and has collected one goal and two assists in 18 games with the Avalanche this season and has appeared in 38 career NHL contests, accumulating three goals and three assists in that span. The 23-year-old has also notched 44 goals and 50 assists in 165 career games in the AHL, all with Colorado.

The Eagles will be back in action when they return home to take on the Henderson Silver Knights on Friday, December 9th at 7:05pm MT at the Budweiser Events Center. Tickets for all regular season games are on sale now and start at just $21. You can find more information on ticket packages, theme tickets, and promotional nights, by visiting ColoradoEagles.com or by calling the ticket department at (970) 686-7468.