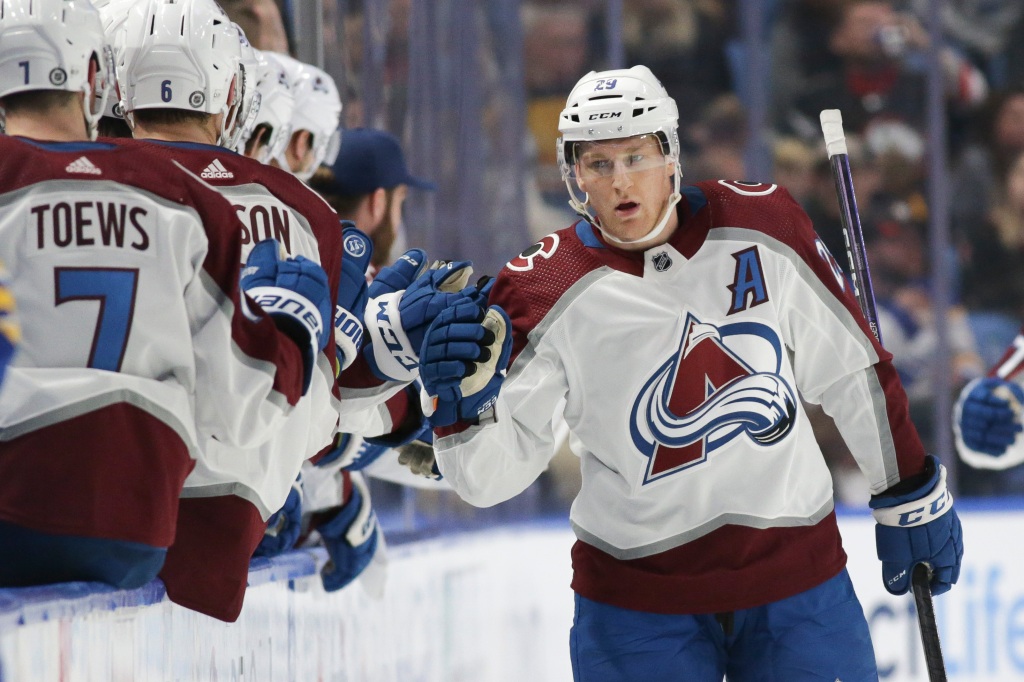 It was 17 seconds into the power play. Not even four minutes into the game. Cale Makar rotated the puck to Nathan MacKinnon, who dished it back to Makar at the point. A quickly released shot was deflected into the net, and the Avalanche’s top power-play unit huddled together for a muted celebration of yet another goal.

It was expected at that point. On a roster where everything was inexplicably going wrong, one thing was right.

Then MacKinnon exited the game after three more minutes of ice time.

Since MacKinnon sustained an upper-body injury Dec. 5 in Philadelphia, Colorado’s power play efficiency has dipped dramatically. The Avs (15-10-2) are on an 0-for-15 stretch without their star center — “one of the best power play players in the league,” as forward J.T. Compher called him.

“I think it’s just trying to get comfortable and get chemistry,” Devon Toews said. “That group of five has gotten a lot of chemistry over the last few years, and especially on that playoff run last year, we got a lot of chemistry. Stated off this year really good. Now with (Evan Rodrigues) out and (Gabriel Landeskog) out and all these guys out, it hurts both units. We’re trying to find our way.”

During a 3-2 home win over the Flyers on Tuesday, the struggles might have reached a nadir. The Avalanche only managed two shots on goal across three power plays. Philadelphia is a bottom-10 penalty kill in the league.

Colorado’s power play was the NHL’s best for the first quarter of the season. Now it ranks fourth at 28.1%.

How exactly is MacKinnon’s absence affecting the Avalanche? Tactically, it starts with zone entries. Coach Jared Bednar’s power-play systems have long featured a neutral zone drop pass as a means of starting the rush. The idea is to create space by backing off the penalty killers and leaving them flat-footed when the recipient of the drop pass skates toward the zone with momentum.

MacKinnon is a particularly potent weapon for that. He’s one of the league’s fastest skaters, making him an intimidating force when he carries the puck into the zone.

“People can criticize our team a little bit, like, ‘It’s always the 4-1 drop. You know, just drop it to Nate. Big deal,’” Bednar said. “It’s not very creative, but it works. He has the ability to get you set up 70% of the time and get you working in the offensive zone. So when you take that away, it doesn’t matter who you put in there. It’s not Nate.”

Without him, the Avs aren’t able to set up in the offensive zone as reliably. Then, “secondary to that,” Bednar said, is what happens once possession has been established across the blue line.

MacKinnon’s very presence forces penalty killers to make more decisions on spacing and coverage, with MacKinnon and Mikko Rantanen stationed on either side of the net and Cale Makar running the point.

“You’ve got three big threats there that all can score and make plays,” Bednar said. “So you have the whole depth and width of the ice to create. And it goes away a little bit when you don’t have Nate. Because he has the ability to kind of do that on his own sometimes and draw two defenders. Spread their box out or their PK out, and then you’re able to attack underneath it.”

Compher has been one of Colorado’s skaters promoted to the top unit. There was already extra room with second-line center Evan Rodrigues injured. Compher is a valued, versatile player who kills penalties and can score clutch goals, but as Bednar said, nobody is MacKinnon. Compher’s best traits are his forechecking and defense, rather than his skill with the puck.

“I think for me, it’s not trying to replace him,” Compher said. “It’s just trying to fit in with that group. I think I have a little bit more to give in that area.”

The good news: Rodrigues practiced in a regular jersey Wednesday and is a “possibility” to return Thursday (7 p.m. MT) vs. Buffalo, Bednar said. That’s a top-unit weapon.